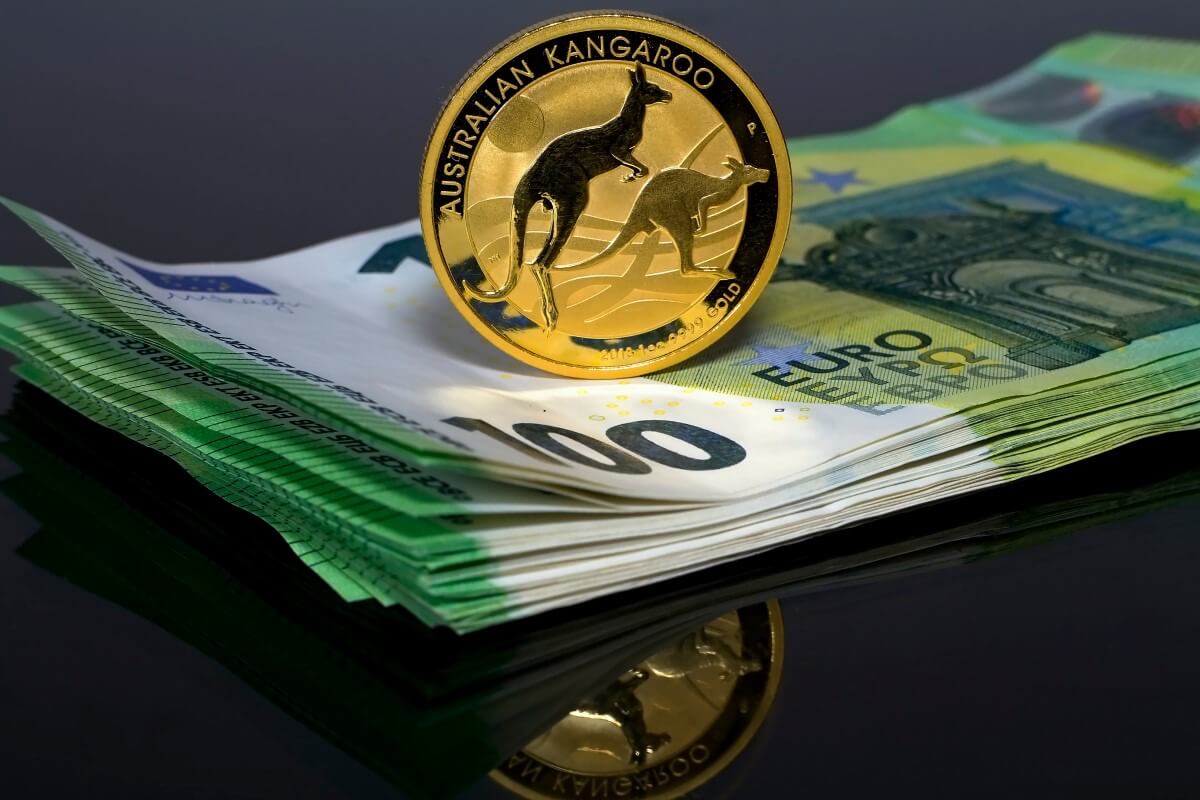 Australian dollar struggles in the wake of USD gains

The U.S. dollar surged forward against the other major currencies on Tuesday, almost reaching a one-year high again ahead of a key payroll report due at the end of the week. This report may boost the case for the U.S. Federal Reserve to start stimulus tapering as soon as next month. An equity sell-off that spread from Wall Street to Asia also supported the safe-haven dollar.

The U.S. dollar index skyrocketed by 0.16% to 93.987 against the six rival currencies, moving toward Thursday’s high of 94.504. Overall, the index had gained as much as 2.8% since Sept. 3 as investors tried to price in tapering this year and possible rate rises for 2022. The greenback has also benefited from safe-haven demand amid concerns spanning the risk of the U.S. debt ceiling standoff to global stagflation.

Westpac strategists noted that the U.S. currency is only partly priced for the Federal Reserve’s expected tightening plan. But that keeps the greenback supported over a multi-week horizon. They also added that any declines in the dollar index would likely be limited to the 93.25-50 area.

Investors expect Friday’s nonfarm payrolls data to show continued improvement in the U.S. labor market. According to a forecast, approximately 488,000 jobs were added in September.

The Australian dollar collapsed. How did the New Zealand dollar fare?

The riskier currencies declined, with the Australian dollar losing the most. An index of Asia-Pacific equities plummeted down by 0.92%, following a 1.3% drop overnight for the S&P 500. On Tuesday, the Reserve Bank of Australia confirmed that after keeping policy steady, it doesn’t expect to raise interest rates until 2024. Investors expected such a decision, but it still sent the Aussie in the red.

Commonwealth Bank of Australia strategist Joseph Capurso noted that the RBA’s firm on-hold stance is a weight on the Aussie dollar. The likelihood of material NZD upside is very low, with markets already pricing a rate hike cycle for the RBNZ.

Speculators are pushing net long bets for the greenback to the highest since March 2020. While the traders’ consensus view is also for further gains for the dollar, TD Securities cautions that headroom may be limited. Mark McCormick, TD’s global head of FX strategy, stated that the near-term USD bias leans higher, but they are wary about chasing the move at these levels.

He also added that there’s a lot of bad global news priced into the greenback already. In the weeks ahead, the forex market should determine the extent of the risk premium already priced in versus how these factors influence the currencies in reality.

What about the Emerging market currencies?

Asian emerging market shares declined broadly on Tuesday. South Korea suffered the most losses as its heavyweight technology stocks tracked a sell-off in their American counterparts overnight. Overall, South Korea’s KOSPI index tumbled down as far as 2.6%. Other emerging stocks decreased as well.

On Monday, Wall Street ended in red as investors moved on from Big Tech and other growth stocks in the face of soaring Treasury yields. U.S. Treasury yields surged forward as Washington wrangled over the debt ceiling. In addition, concerns about elevated inflation bringing forward a timeline for Fed tapering also supported the yields.

OCBC noted that barring a huge miss in the non-farm payrolls this Friday, we should expect the market to continue buying into the hawkish Fed storyline, supporting the greenback.

The South Korean won, and the Philippine peso steadied on Tuesday, gaining about 0.2% each. On the other hand, most other EM currencies tumbled down against the safe-haven dollar.

OPEC+ ignored calls from the U.S. and India to boost oil output and stuck to its current output policy while the global economy recovers. Oil prices skyrocketed to their highest level in at least three years. The currencies of Asia’s oil importing countries, such as South Korea, struggled during the aftermath.

In the Philippines, inflation eased from its three-year peak in September, enabling the central bank to maintain its policy support to aid the Southeast Asian nation’s economy recovering from the Covid-19 pandemic.

In Singapore, shares plummeted down by 1.4% after trading in the green during the previous day. The city-state’s stock exchange operator plunged by nearly 3% ahead of an annual general meeting due on Thursday. Real estate stocks also struggled.

Ongoing debt troubles at China Evergrande dampened the mood on emerging markets, especially after the debt-laden company missed an interest payment on an offshore bond for the second time last week.