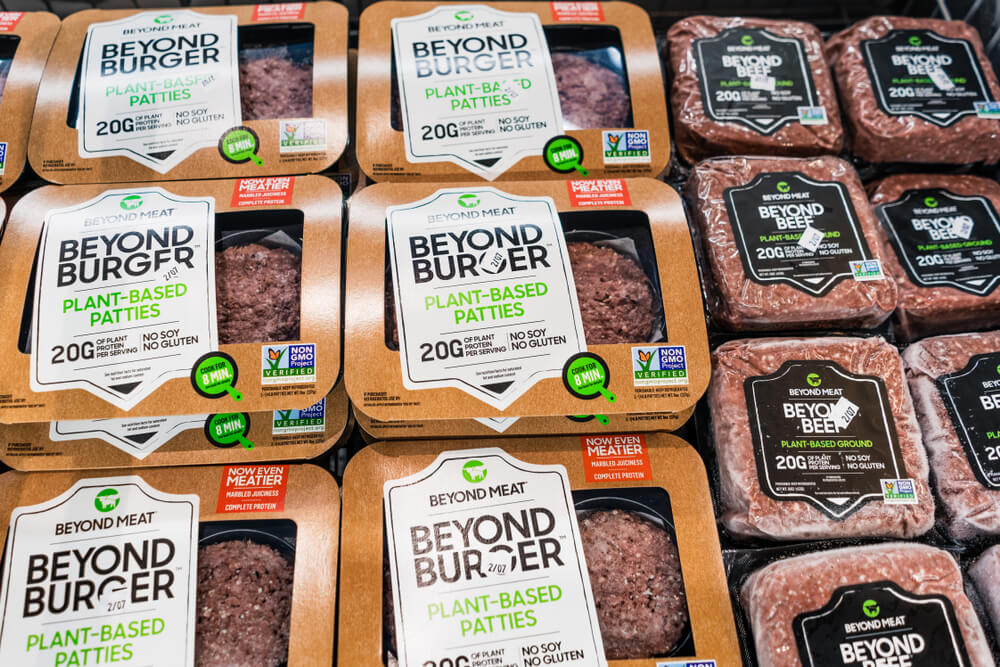 Shares of Beyond Meat Inc. plunged on Wednesday’s extended trading after it delivered disappointing first-quarter earnings.

This downturn dragged $266.81 million in the company’s market valuation. Eventually, its shares have lost 59.66% or 38.70 points since the start of the year.

Beyond Meat reported revenue of $109.50 million, below the analysts’ expectation of $112.30 million. The firm also posted a wider-than-anticipated loss of $1.58 per share from the forecasted $1.01.

The business explained that it saw a sizable though temporary hit to its gross margin amid its support for strategic launches. Accordingly, the profitability ratio slipped to 0.20%, representing a 30 percentage point slide from a year earlier.

Subsequently, the firm blamed higher manufacturing and shipping prices for the poor quarterly performance. It also noted the significant costs of launching a plant-based jerky through its joint venture with PepsiCo.

Then, the omicron-induced decline in restaurants’ sales also weighed on Beyond Meat’s revenue.

The company has burnt nearly $580.00 million over the past year. This conflict raises the likelihood of a capital raise by the end of 2022.

Beyond Meat and its competitors; Tyson, Kellogg

Beyond Meat also wrestled with the rising competition against Tyson Foods and Kellogg. The companies spend heavily to cater to the craze for plant-based meat, tightening the rivalry in the industry.

Correspondingly, Beyond Meat needed to offer steep discounts on its products. The company said it increased markdowns for international customers, resulting in lower prices. It also noted that foreign exchange rates hit its international sales.

In line with this, analysts questioned the profitability of the firm amid the rising interest rate environment.

Despite the negative results, Beyond Meat reiterated its full-year revenue forecast of $560.00 million to $620.00 million.