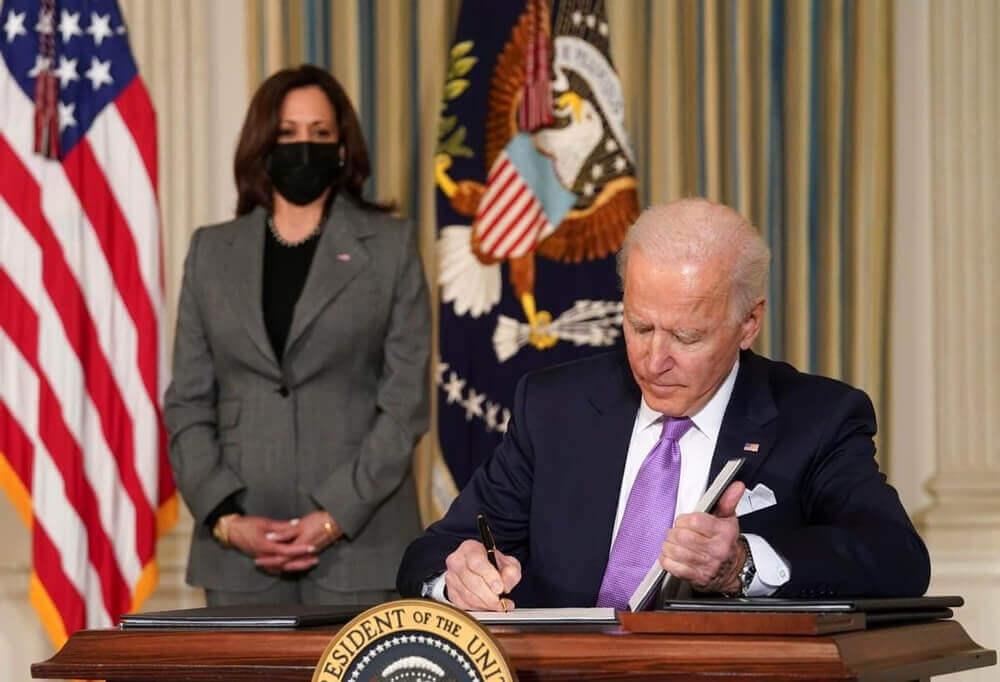 Biden to Push Through Infra Plan without Republican Support

U.S. President Joe Biden would push through his $2 trillion infrastructure plan even if Republican lawmakers refused to support it. That is, if Biden cannot reach a bipartisan deal, Energy Secretary Jennifer Granholm said on Sunday.

The president would prefer that his plan have Republican backing, Granholm said. However, if that does not work, he would likely support using a procedural strategy. It’s called reconciliation to allow Democrats to pass it in the Senate.

Most Americans currently support the Democratic president’s plan, she said. Granholm was one of several senior Biden administration officials who promoted the proposal on Sunday.

This bold plan, combined with a social welfare spending package in effect, acknowledges China’s lead as a global infrastructure power. It also recognizes the need for America to catch up in this regard.

It is also representing a major US concession to the role of the public sector.

The size of the projected spending has concealed these facts, wherein US$2.25 trillion would go to infrastructure, clean energy, and digital upgrading. Moreover, perhaps, a further US$1 trillion to come for health and education.

Since the Democratic president took office in January, he has repeatedly said he wanted to work with Republicans.

However, his second major legislative initiative, which is this infrastructure plan, looks unlikely to draw more bipartisan support than his first. The first was a $1.9 trillion coronavirus relief package that passed with only Democratic support using reconciliation.

Senate Republican leader Mitch McConnell said last week that the infrastructure plan was bold and audacious. He said it would raise taxes and increase debt and vowed to fight it every step of the way.

On Sunday, Republican Senator Roy Blunt encouraged Biden to scale back the plan if he wanted Republican lawmakers’ support.

Blunt believed a smaller goal of around $615 billion would likely be more acceptable to some of his Republican colleagues, he said.

Republican Senator Roger Wicker of Mississippi joined others in his party to cast the plan as a tax hike. It is a tax hike, more than an effort to repair and rebuild the country’s transportation, communications, water, and electrical networks.

From the current 21%, the plan would raise the corporate income tax rate after deductions to 28%. Former U.S. President Donald Trump and Republican lawmakers, in 2017, cut the corporate rate from 35% to 21%.

Trump repeatedly promised to tackle the nation’s crumbling infrastructure during his term. Nevertheless, the former U.S. president never delivered on that.

Furthermore, Transportation Secretary Pete Buttigieg said the initiatives would serve the country well into the 2030s and beyond.