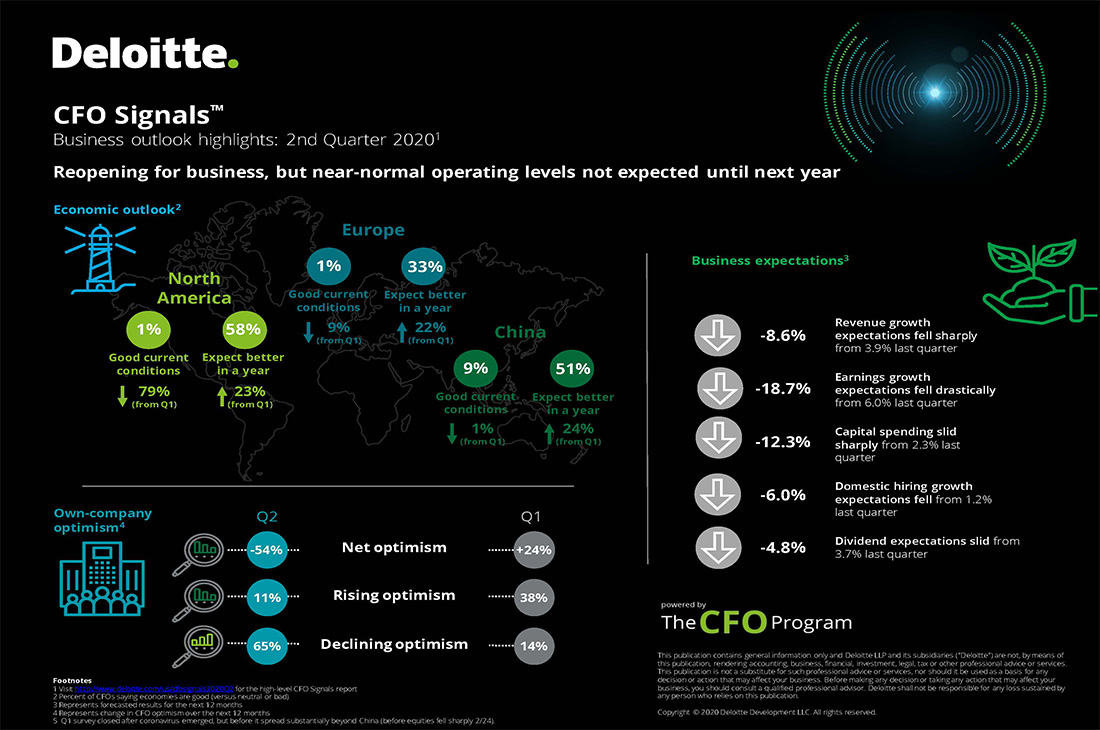 Deloitte’s CFO Survey and Situation of the Stocks

Known as Deloitte, the Deloitte Touche Tohmatsu Limited released the CFO Signals Survey. Deloitte surveyed 147 CFO’s (Chief Financial Officer) from Mexico, the United States, and Canada, as part of the survey. Most of the surveyed companies have more than $3 billion in annual revenue. There is a high risk of an economic slowdown. That is what stated corporate leaders from the North American countries. The overvalued stock market is one of the primary reasons why the economy may slow down.

Another interesting information is connected with a slowdown in China and Europe. For instance, only 18% of respondents described the conditions as good when it comes to the economy of China. Meanwhile, regarding economic activities in Europe, participants are even more skeptical.

For example, respondents’ 69% are very confident regarding the condition in North America is good. China’s results fell to a three-year low as the country’s economy became more consumer-oriented, in comparison with previous surveys. Moreover, the trade war of the China-United States had a very negative effect on global economic growth.

Nevertheless, there is some positive news, as well. In the fourth-quarter survey, the expectations of an outright recession fell to 3%. Without a doubt, this is the sign of progress for the stocks.

In the first quarter of 2019 survey, respondents’ 15% identified the recession risk as a serious problem.

Regarding the future of markets, respondents are skeptical. 77% of them said that stocks are overvalued. In nearly two years, this is the worst result. Hopefully, only 4% of surveyed identified equities as undervalued.

That is the situation of the stocks for now. Let’s hope it will get better as soon as possible. 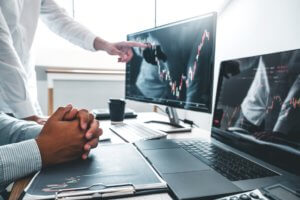