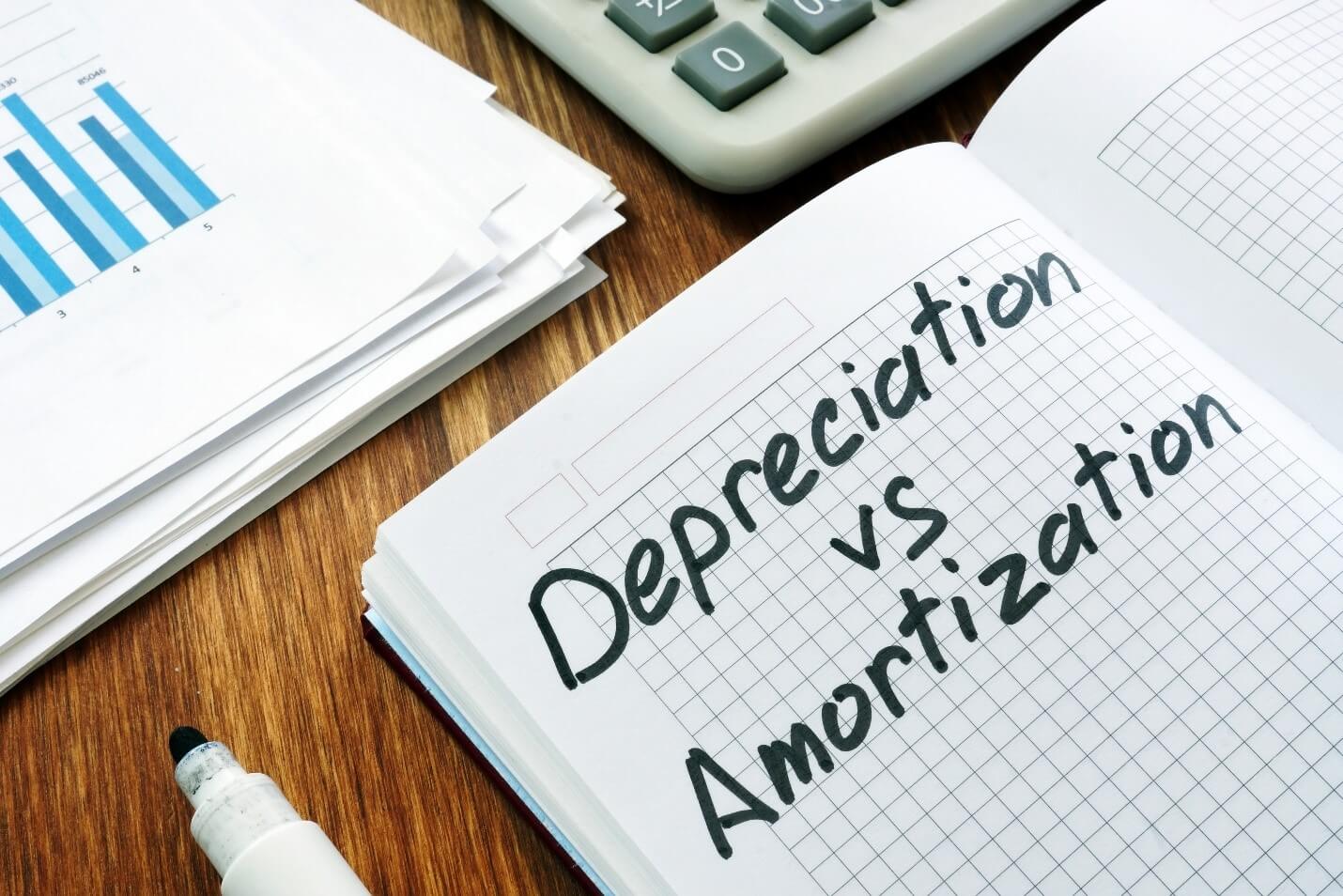 Depreciation and Amortization: What’s the Difference?

When a firm acquires assets, those assets usually come at a cost. As we know, most assets don’t last forever. Therefore, their cost needs to be proportionately expensed based on the time they are used. Amortization and depreciation are methods of prorating the cost of business assets over their useful life. The expense amounts are used as a tax deduction, decreasing the tax liability for the business. We’ll review Amortization and depreciation in the following article, and we’ll mention the fundamental difference between them.

It’s crucial to note the context when using the term amortization as it carries another meaning. For example, an amortization method is often used to calculate a series of loan payments consisting of both principal and interest in each payment.

Amortization in Finance and Accounting

In finance, Amortization is the systematic repayment of a debt. Meanwhile, in accounting, it the systematic writing off of some account over the years.

An illustration of the first meaning is a mortgage on a home, which may be repaid in monthly payments that include interest and a gradual reduction of the principal obligation. As we know, such systematic annual reduction raises the safety factor for the lender by requiring a small annual burden rather than a single, large, final obligation.

In the second meaning, the Amortization of an asset, such as a building, a machine, or a mine, over its estimated life has the effect of reducing its balance-sheet valuation. It is charging its cost into the expenses of operation. Such expense is depreciation.

Remarkably, accelerated Amortization was permitted in the United States during World War II and extended after the war. It aimed to encourage businesses to expand production facilities that would serve the national defense. In the 1950s, accelerated Amortization supported the expansion of export and new product industries. It stimulated modernization in Canada, western European nations, and Japan. Meanwhile, other countries also were interested in it as a means of encouraging industrial development. However, the current revenue lost by the government is a more serious consideration for them.

For a better understanding, imagine a business spends $50,000 to purchase a license, and the license will expire in 10 years. As we know, the license is an intangible asset. Therefore, it should be amortized for the 10 years leading up to its expiration date. If we use the straight-line Amortization method – a practice for charging a cost to an expense at a consistent rate – the business’ annual amortization expense for the license will be $5,000. Thus, it indicated that the asset would decrease in value by $5,000 every year.

Remarkably, tangible assets might have some value at the end of their life. Therefore, depreciation is calculated by decreasing the asset’s salvage value or resale value from its original cost. The difference is depreciated equally over the years of the expected life of the asset. It means that the depreciated amount expensed in each year is a tax deduction for the business until the asset’s useful life has expired.

For instance, a firm can use an office building for many years. The cost of the building is spread out over the expected life of the building, with an amount of the cost being expensed in each accounting year.

In order to better understand the meaning of depreciation, imagine a firm obtaining a new piece of equipment with an expected useful life of 10 years for the price of $100,000. If we use the straight-line method, the firm’s annual depreciation expense for the equipment will be $10,000. This is essential as depreciation expenses are deductions for tax purposes. It is also possible for a firm to use an accelerated depreciation method. The amount of depreciation it takes each year is higher during the previous years of an asset’s life.

Difference Between Depreciation and Amortization