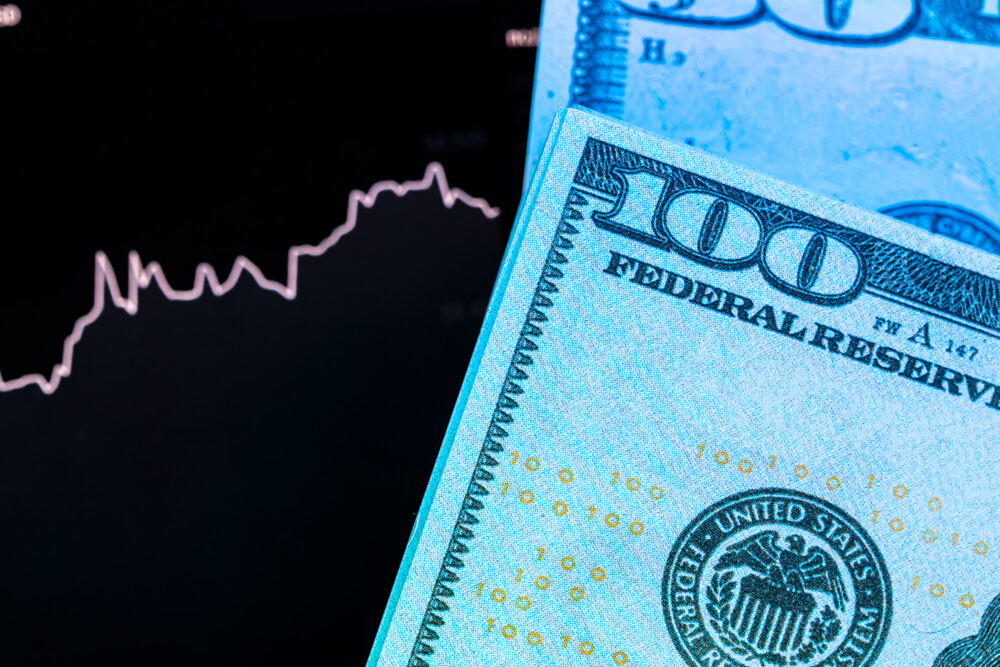 Dollar fell to a one-week low while EM currencies rallied

The safe-haven U.S. dollar plummeted down almost to a one-week low against other major currencies on Thursday. Traders had more optimistic views about the global economic outlook, even though the Omicron coronavirus variant continues spreading rapidly. The dollar index declined by 0.08%, exchanging hands at 96.032. At one point, the currency dropped to 96.018 for the first time since December 17.

On the other hand, the riskier Australian dollar remained steady at $0.72165 after soaring by 0.86% on Wednesday. The British Pound changed insignificantly at $1.3352 after surging forward by 0.63%. Risk appetite on the market has improved since Monday. At the beginning of this week, the forex markets were badly rattled by government restrictions issued due to the spread of Omicron.

However, new data showed on Wednesday that U.S. consumer confidence is improving more in December than analysts expected initially. That suggests the economy will continue to expand in the following year despite rising COVID-19 infections, as well as reduced stimulus spending.

Furthermore, there was some encouraging news from a South African study. The latter suggested reduced risks of severe disease and hospitalization in people infected with the Omicron variant compared with the Delta Covid-19 strain. Thanks to the improved market mood, the euro rallied by 0.12% to $1.13395 on Thursday. It had already gained 0.33% overnight.

What about the Japanese Yen?

The dollar exchanged hands almost unchanged against the Japanese Yen at 114.17 today. It stood close to a nearly one-month peak at 114.37, reached on Wednesday. Many analysts think the greenback will strengthen in the coming months. A hawkish tilt this month at the U.S. Federal Reserve has already put an interest-rate increase in March on the table while simultaneously setting the U.S. central bank apart from more dovish peers in Europe, Australia, Japan, and other countries.

Currently, forex markets price better than 50-50 odds for another increase by the March policy meeting. TD Securities strategists noted that the recent Fed speak indicated that March is live. Thus, they are considering risk/reward favors respecting that outcome. It seems USD firmness will continue in the new year. The strategists also added that ongoing data strength should help bolster the agency’s pricing, especially with new reports saying that Omicron seems to be leading to fewer hospitalizations.

However, the greenback will likely consolidate within a $1.12 to $1.14 range against the common currency in the near term.

Emerging market currencies rallied to two-week highs on Thursday. Stocks have also gained for a third consecutive session due to the expectations that the global economy will be able to cope with the rapidly spreading Omicron.

The Lira gained another 5% today, at last trading at 11.40 per greenback. Overall, the currency gained more than 40% during this week, and it is on course for the best weekly showing ever, even though holiday markets are less liquid.

On Monday, the Lira plunged to an all-time low of 18.4 due to concerns about Ankara’s unorthodox economic policies. The officials insisted on rate cuts at a time when inflation was soaring, pushing the currency into a deep red.

However, the Lira got a boost this week thanks to President Tayyip Erdogan’s announcement. The President declared that the government and central bank would guarantee some local currency deposits to counter forex depreciation losses.

The rouble skyrocketed to its highest level in more than a month against the greenback. President Vladimir Putin spoke at a news conference, trying to disperse lingering worries about a standoff between Russia and the West about Ukraine’s NATO aspirations. Russia has moved tens of thousands of troops near its border with Ukraine. However, it rejected U.S. and Ukrainian charges that it may invade as early as next month.

The Czech crown traded near its strongest level since February 2020 against the Euro. On Wednesday, the central bank surprised investors with a 100-basis point interest-rate hike, stating that it was ready to do more to rein in inflation.

Moreover, several central banks in the developing world have also raised rates aggressively this year, attempting to fight a surge in inflation. Still, slowing the Chinese economy, the prospect of tighter U.S. rates, and a strong greenback have kept EM assets under pressure in 2021.