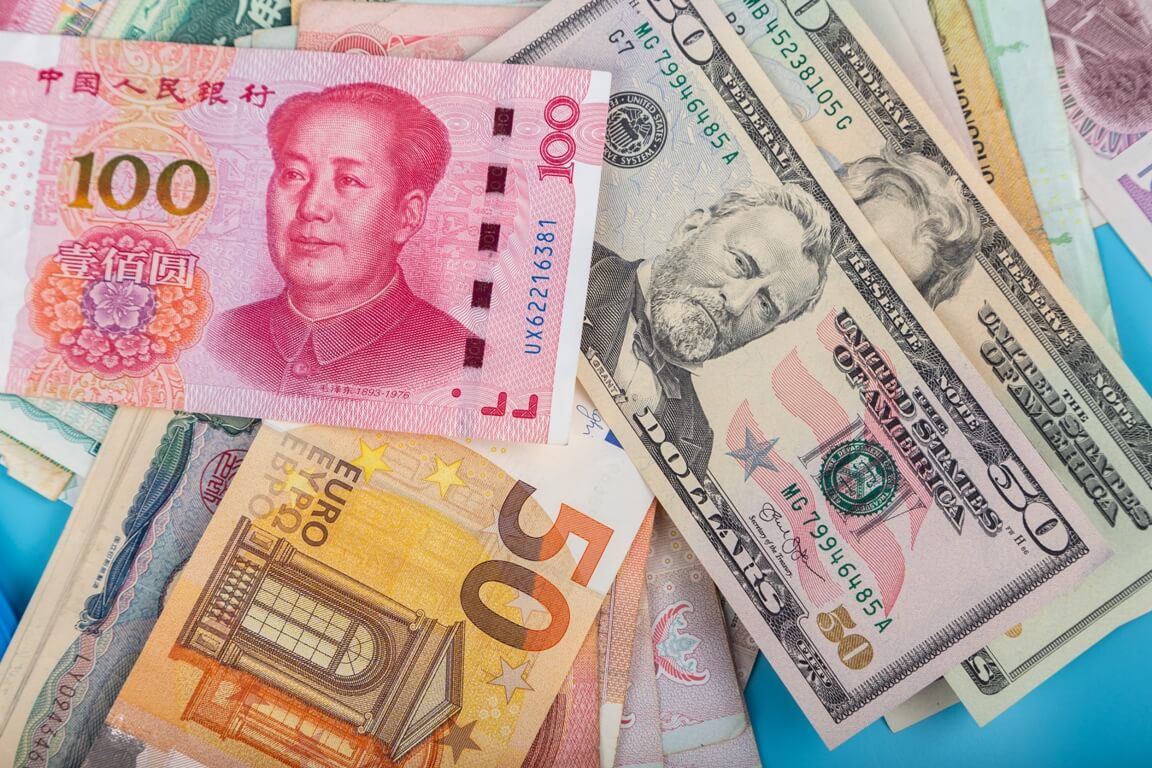 Home > Forex news > Dollar rallied to a month-high Monday. How did Euro fare?

The U.S. dollar skyrocketed to a month-high in Asia on Monday. Markets are more cautious as the fate of Chinese indebted developer Evergrande isn’t clear yet. In addition, traders are bracing for the Federal Reserve to take another step towards tapering this week.

Trade thinned on the forex market due to the holidays in China, Japan, and South Korea. On Monday, the euro declined by 0.1% to $1.1710, reaching its lowest since late August.

The dollar index surged forward by 0.1% to 93.356, reaching its highest level since August 23. On the other hand, the Australian dollar plummeted down by 0.5% to a three-week low of $0.7227. At the same time, the British Pound and the New Zealand dollar plunged to multi-week lows against the soaring greenback.

Westpac analyst Imre Speizer stated that the U.S. currency is having a bit of a rebound. He also added that the dollar is drawing support from caution as stock market selling gathers pace, as well as from an expectation of asset purchase reductions from the Fed. Everyone is watching the Fed, waiting for a tapering signal.

Meanwhile, the Japanese yen managed to hold its own. It even climbed up by 0.1% to 109.88 per dollar. Equity markets decreased due to concern that an Evergrande collapse may trigger a broader crisis. Evergrande’s debt is currently $300 billion. It also has a bond interest payment of $83.5 million due on Thursday. The company announced on Sunday that it has begun repaying some investors with real estate.

Investors fear that without a bailout, we’ll see a messy collapse or liquidation through China’s property sector. That is a grave prospect, considering that growth is already looking fragile.

How was the Chinese Yuan trading on Monday?

Onshore Chinese markets were shut due to the mid-Autumn break. However, the offshore yuan tumbled down through its 200-day moving average, trading at a three-week low of 6.4848 per greenback on Monday.

More than a dozen central banks hold meetings this week. Still, investors’ top focus is on the Federal Reserve. They expect some clues about stimulus tapering. The agency concludes a two-day meeting on Wednesday. Thus far, the consensus is that it will stick with broad plans for tapering this year. However, analysts also expect the Fed to hold off providing details or a timeline for at least a month.

At the same time, rising U.S. yields point to risks of a shift in projections or a hawkish surprise to show hikes as soon as 2022. In both cases, the U.S. currency would find more support.

Analysts at OCBC Bank in Singapore noted that what the bulls will be looking for when it comes to the dollar is for the dot plot to show a 2022 lift-off. That would need only two or three Fed officials to change a mind.

Economists expect the Bank of England to leave policy settings unchanged among the other major central banks. However, investors see the potential for gains in the sterling if the bank adopts a hawkish tone or more Fed Officials call for asset purchase tapering.

On the other hand, analysts don’t expect any policy shifts by the dovish Bank of Japan on Wednesday’s meeting. Instead, they bet on Norway’s Norges Bank becoming the first G10 central bank to lift rates on Thursday.

How did the Norwegian crown fare?

On Monday, the crown plummeted down with oil against the rallying dollar, hitting a three-week low of 8.7499 per greenback.

The oil-sensitive Canadian dollar also traded in the red ahead of an election on Monday. Thus far, polling points to an advantage for incumbent Prime Minister Justin Trudeau. It seems likely that he will remain the leader of a minority government. The Canadian currency plunged to a one-month low of C$1.2801 per dollar.

The Malaysian ringgit was poised for its biggest intraday fall

On Monday, the Malaysian ringgit was poised for its biggest intraday fall in 2-1/2 months. It led to losses among other EM currencies. Regional stock markets declined sharply in holiday-thinned trading. Shares in Thailand, the Philippines, and Singapore lost between 0.6% and 0.8%. Policy meetings of central banks in Japan, China, the Philippines, Indonesia, and Taiwan are scheduled this week.

Indonesian equities dropped by more than 1%, while the rupiah plunged low ahead of a Bank Indonesia meeting due on Tuesday. Analysts expect the central bank to keep its key interest rate steady.

Bank Indonesia has kept rates at record lows since February. It is trying to balance economic rebound with the pressure exerted on the rupiah amid the Federal Reserve’s talks of stimulus tapering.

The Malaysian ringgit also plummeted down by 0.4% on Monday, hitting its lowest level since July 8, while stocks in Kuala Lumpur collapsed to an almost one-month low. Moreover, the Philippine peso shaved off 0.2% ahead of a Bangko Sentral ng Pilipinas meeting this week.