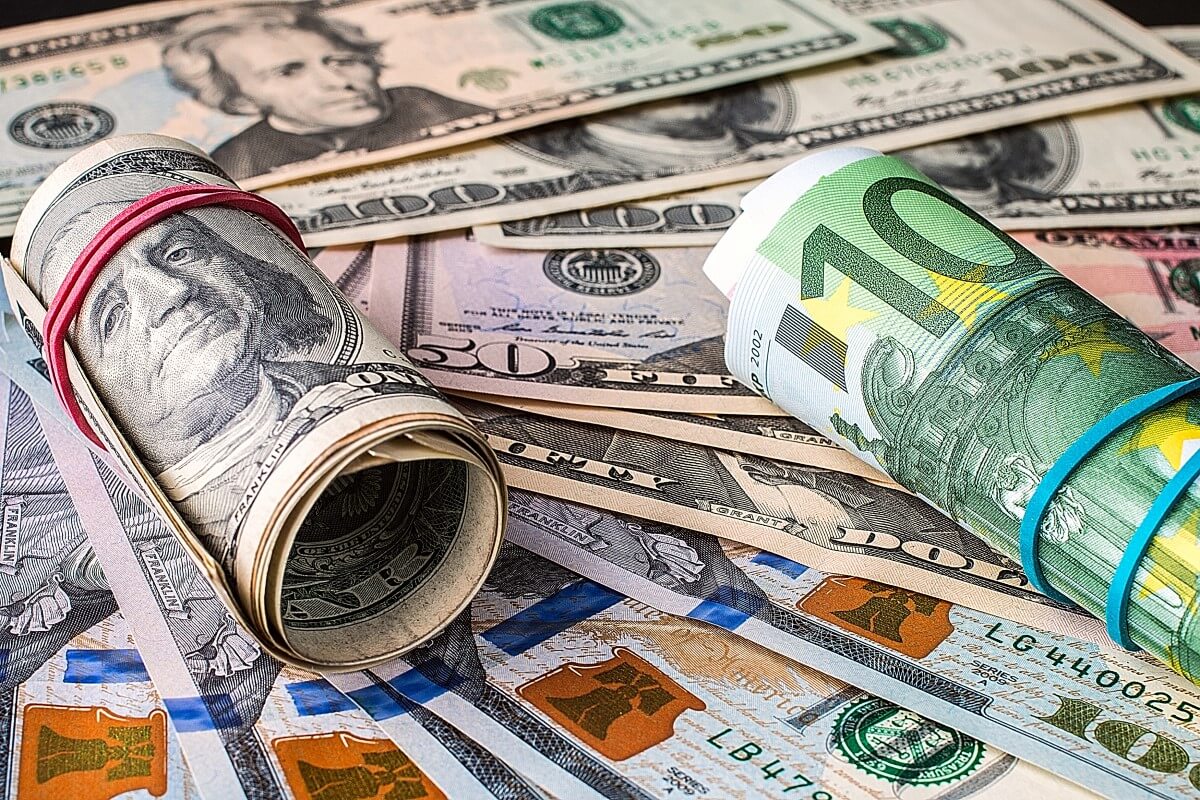 The U.S. dollar continued rallying to a two-week high on Tuesday. Tensions between Russia and the West over Ukraine pushed investors towards safe-haven currencies while awaiting the outcome of the U.S. Federal Reserve policy’s meeting. Meanwhile, Russia announced great concern after the U.S. decided to put 8,500 troops on alert for possible deployment to Europe at the first sign of an escalation in the Ukrainian crisis.

ING analysts noted that much greater exposure of European economies to the current crisis does not make the single currency a particularly attractive vehicle to ride out the current storm. On Tuesday, the euro plummeted by 0.4% at $1.1281, reaching its lowest level since January 5.

On the other hand, the dollar index surged forward by 0.3%, hitting a two-week peak of 96.19. The U.S. Federal Reserve might confirm plans to raise interest rates and shrink its holdings of U.S. Treasury bonds, as well as mortgage-backed securities, which have pushed its balance sheet past $8 trillion. The agency’s meeting ends on Wednesday.

Economists’ views on the meeting are mixed. Deutsche Bank flagged a potentially hawkish surprise over the coming months, contemplating the possibility of a rate increase in March and as many as six or seven increases in 2022. However, ING analysts think that if the Federal Reserve’s balance sheet reduction does the heavy lifting of policy normalization, that could potentially scale back forecasts for the number of rate hikes.

According to Commerzbank, markets will likely remain nervous in the run-up to tomorrow’s meeting. But it does not expect any new insights for the Fed officials. Currently, Forex markets are pricing an 85% chance of a rate rise of 25 basis points in March from the agency, along with three more to 1.0% by the end of 2022.

The safe-haven yen jumped by 0.2% versus the euro on Tuesday. However, it tumbled down by 0.2% against the dollar, staying within striking distance of one-month highs.

On Friday, CFTC data showed that market speculators retained 11 times more gross yen short contracts than gross yen longs in the week ended January 18. The balance fell by about 10% to 80,879 from the previous week.

Meanwhile, the Swiss Franc also dropped by 0.2% against the common currency at 1.0374. It traded just off the 1.0298 at last. Commerzbank analysts stated that the Swiss National Bank may also reconsider its course. It could remain tolerant towards a stronger currency for some time yet. Still, they added that they couldn’t be sure about the outcome. According to CFTC data, gross Swiss franc long contracts numbered only 925, decreasing from 4,571 the previous week.

Various central banks are beginning to either tighten policy or signal a shift may be coming worldwide, leading to sharp drops in global stocks in recent days. Singapore’s central bank tightened its monetary policy settings in its first out-of-cycle move over the last seven years. The day before the bank’s decision, the city-state reported core inflation hitting an eight-year high.

Alex Holmes, an emerging Asia economist at Capital Economics, noted that the added boost to inflation from a domestic outbreak of the Omicron Covid-19 variant would likely force the MAS to tighten again this year.

On Tuesday, the Singapore dollar climbed up by 0.2%. Meanwhile, most other regional currencies traded flat or slightly lower.

DBS stated that a steeper slope would provide the SGD more resilience against a rallying U.S. dollar when the Federal Reserve starts its hike cycle.

Hungary’s forint remained flat ahead of a central bank meeting due later today. Investors expect a 30-bps hike to 2.7% from the bank, with the inflation forecast reaching its strongest level in a decade this year.

Furthermore, Indonesia’s central bank surprised forex markets with 300 points of hikes in the reserve requirement ratio for banks last week. Currently, all eyes are on the Fed meeting, with investors waiting for any hint on the timing of interest rate hikes, though. The agency’s decision will determine the further course in the forex market.