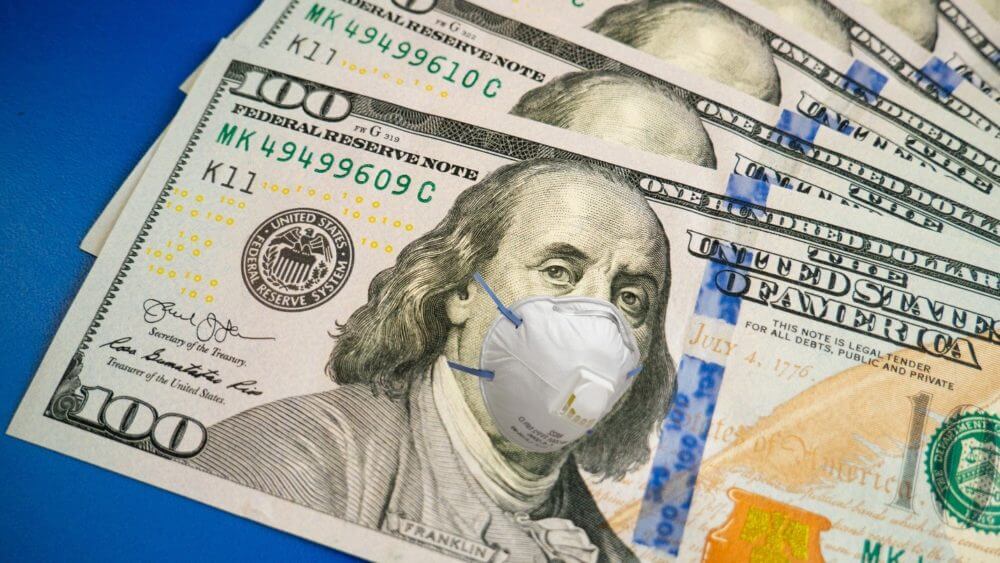 The U.S. dollar struggled on Thursday, moving on the defensive stance. The Federal Reserve hinted that even though it saw a swift recovery in the world’s largest economy, it wasn’t planning to increase interest rates through all of 2023.

Fed Chair Jerome Powell’s remarks dampened traders’ speculation about the stronger economic outlook propelling the central bank to rewind its COVID-19 stimulus aid. After that, the dollar’s index hit a two-week low of 91.340. It traded at 91.488 against six major currencies on Thursday.

Chris Weston, the head of research at Pepperstone Markets Ltd, noted that what the agency said is a very market-friendly outcome. It’s negative for the greenback, but on the other hand, it’s good for inflation expectations. He added that the Forex market had a position for something a little bit more hawkish. So, the fact that the Fed had postponed those rate hikes until 2023 may have been enough to cause some decent dollar selling.

According to the U.S. central bank, the economy will likely grow by 6.5% over 2021. That would mark the largest annual increase in the gross domestic product since 1984. Some analysts expect inflation to exceed the Fed’s 2% target to 2.4% this year. However, officials noted that it would move back to around 2% in subsequent years. The 10-year U.S. Treasuries yield soared by about 1.6710%, and they are nearing a more-than-one-year high.

How Are the Euro and Sterling Faring?

Meanwhile, the British pound exchanged hands at $1.3946 after gaining about 0.5% overnight. The analysts expect the Bank of England to keep its benchmark Bank Rate at a record low of 0.1%, along with leaving its bond-buying program unchanged at 895 billion pounds.

Rodrigo Catril, the senior currency strategist at National Australia Bank in Sydney, noted that the Bank of England would probably talk up their prospects of the economy relative to where they’ve been. However, they will simultaneously emphasize that they are still a long way from full recovery.

In Asia, the dollar tumbled down 0.2% against the Japanese yen, reaching as low as 108.620 yen. According to the Nikkei report, the Bank of Japan may widen an implicit band. It lets long-term interest rates move around their 0% target.

The Australian dollar soared to a two-week high of $0.78350. On the other hand, the New Zealand dollar briefly tumbled down after the country posted an unexpected contraction in GDP in the final three months of last year. The kiwi last traded at $0.7241.