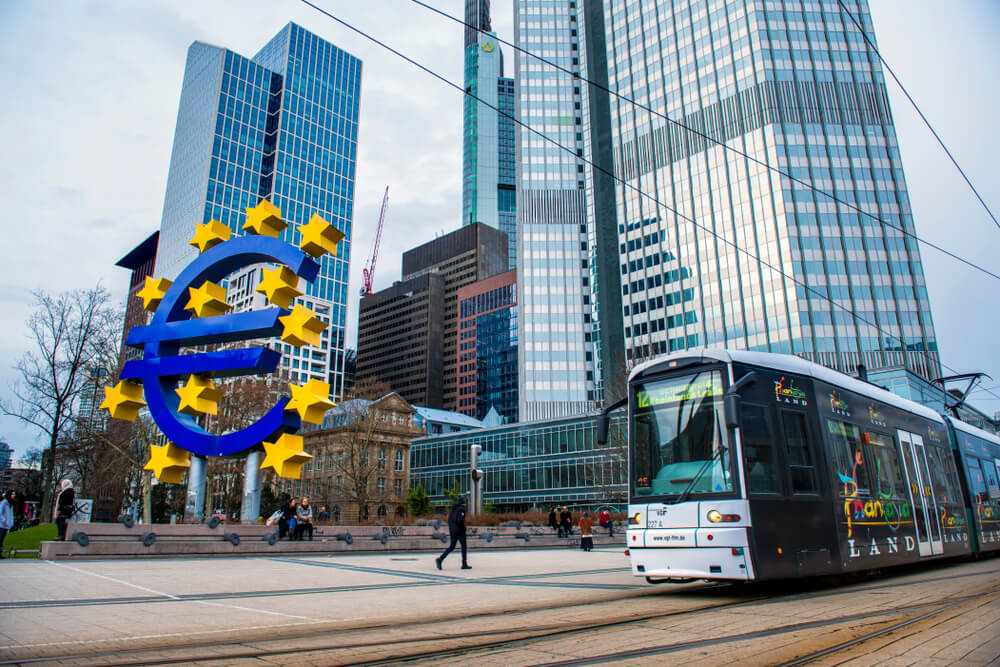 According to a European Central Bank survey, the eurozone economy should grow slower this year. Moreover, a temporary surge in inflation will exceed a previous projection.

This year, the eurozone economy is expanding by 4.2%. This percentage is below a previous projection of 4.4%, but next year’s growth outlook grew to 4.1% from 3.7%. Hence, indicating that the eventual rebound could be sharper than earlier seen.

Projections beyond next year are steady. However, there is an implication that economists see little change in the bloc’s growth potential. That’s even as the European Union prepares to deploy a 750 billion euro recovery package.

On Thursday, the ECB left policy unchanged. They argued that an abundant stimulus is still a must to see the economy through yet another wave of the pandemic. This is keeping much of the services sector closed.

However, the economy is likely to grow quickly in the coming quarters due to progressing vaccinations. Albeit, this rebound will have a delay. The latest edition of the central bank’s Survey of Professional Forecasters, a key input in policy deliberations, showed.

According to the survey, inflation this year is now at 1.6%. This number is above the 0.9% projection from three months ago. It’s also above the 1.5% forecast by the central bank staff in March.

Nevertheless, with the 2025 forecast still at 1.7%, projections beyond 2021 stayed the same. The percentage is below the ECB’s target of almost 2%, signifying that the bank is on track to fall short of its target for well over a decade.

The ECB’s next meeting will be on June 10, and policymakers will have to decide. That will be whether to cut stimulus as the recovery starts or maintains support despite what is likely to be a quick rebound.

The ECB said on Friday that Eurozone manufacturers could not get enough computer chips. They are unable to acquire other key inputs to keep up with growing demands. This results in lower economic activity and higher prices.

The central bank reported that manufacturers were lamenting scarce supply. This was a result of a faster-than-expected rebound in industrial activity combined with a shortage of shipping containers.

The most acute shortage was of semiconductors, then by metals, chemicals, plastics, and related components.

It added that selling prices were rising in much of the manufacturing sector as input increased. Moreover, customers tend to focus more on getting supply than on negotiating prices.