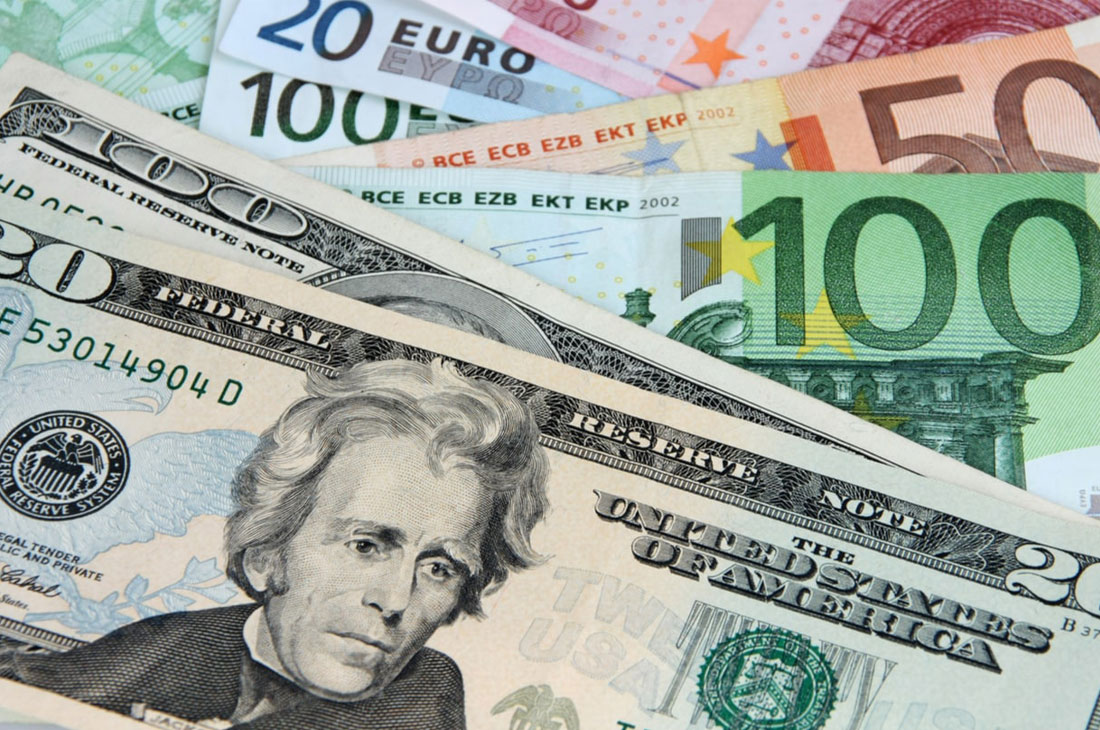 In the Asian session on Monday, the EUR/USD pair remained sluggish. The pair opens near 1.1600 but fails to maintain its upward pace. At the time of writing, the EUR/USD currency pair was trading at 1.1587, down 0.09 per cent.

Following rising US 10-year benchmark Treasury yields, the greenback rallies beyond 94.00. Higher inflation fears stemming from rising energy prices, combined with positive US retail sales figures, push bond yields higher. Investors are ready for the Fed to begin tapering as soon as November, while the European Central Bank’s (ECB) dovish stance weighs on the common currency. Following the release of poor Chinese GDP figures, risk sentiment has deteriorated. It’s worth mentioning that the S&P 500 Futures are currently trading at 4,461, down 0.03 per cent on the day.

Christine Lagarde, President of the European Central Bank, stated that the Central Bank would continue to assist the eurozone economy. In contrast, the damage from the epidemic continues, adding to her prior statements about inflation being “mainly transitory”. Furthermore, ECB Governing Council member Klass Knot dismissed inflationary concerns. He dismissed the probability of a near-term interest rate hike scenario. In terms of economic indicators, Eurozone Industrial Output fell by 1.6 per cent in August, following a corrected 1.4 per cent increase in July.

The dollar began the week stronger as reports revealed the Chinese economy slowed more than expected in the third quarter, triggering a fresh bout of global risk aversion.

The dollar index measures the value of the US currency against a basket of advanced-economy currencies. It was up 0.2 per cent at 94.15, with the most substantial advances versus commodity currencies such as the Australian dollar and the Korean won. According to data from Beijing, GDP growth fell to 4.9 per cent in the third quarter. It owed such change to a wave of Delta-variant COVID-19 that prompted the country into its most aggressive lockdowns since early 2020.

People’s Bank of China Governor Yi Gang was quoted as saying that the risks from the slowdown were manageable. Still, the figures sparked renewed concern among investors, wary of the ongoing credit crisis in the real estate sector. It accounts for a larger share of business investment than any other in the world’s second-largest economy. According to Nordea analysts in a client note, China is on course to exceed its stated growth target of 6% for the year, aided by soft base effects and a full first half of the year.

However, the reasons for the slow growth shouldn’t go away very soon. There are a lot of harmful risks to the growth predictions for 2022.

The dollar was trading at 6.4360 yuan, scarcely changed from Friday’s closing. It continued a pattern that shows the PBoC is allowing little or no flexibility in the currency rate during a period of high uncertainty.

Bailey told a gathering of central bankers over the weekend that the rise in energy costs means this year’s jump in inflation will likely linger longer than projected and that the Bank “will have to intervene” to keep inflation expectations in check. GBP/USD slipped 0.1 per cent to $1.3738. Meanwhile, the pound climbed versus the euro to 1.1866, testing a 21-month high. The comments confirmed predictions of the Bank’s benchmark rate being raised for the first time before the end of the year.

The euro has remained under pressure as one of the few significant currencies whose central Bank has stayed committed to not tightening monetary policy. The EUR/USD had fallen 0.2 per cent from Friday’s closing to $1.1578.