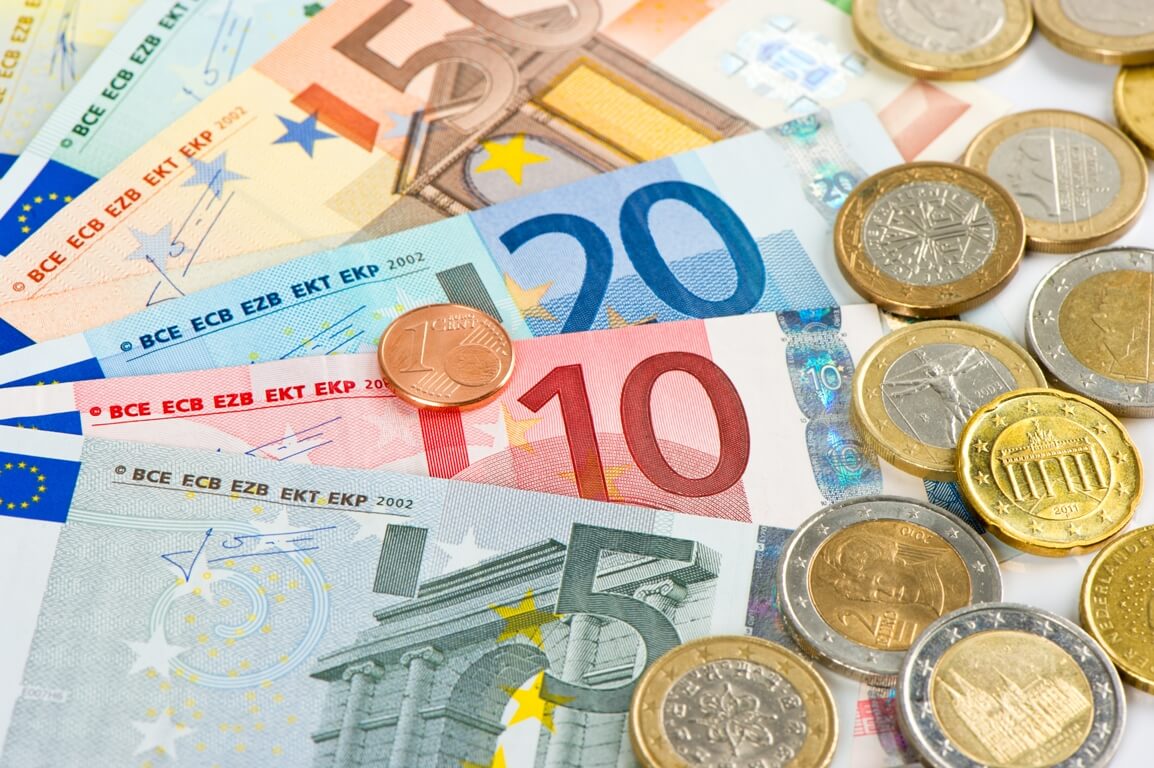 After hitting a 22-month low of $1.0806 on Monday, the common currency exchanged hands at $1.0968 on Wednesday, higher by 0.7% on the day. Such a rally was primarily thanks to a report citing unnamed officials saying that the EU was contemplating joint bond issuance.

Meanwhile, other European currencies such as Poland’s zloty and Hungary’s forint increased sharply. They rebounded from record lows against the euro on Wednesday, supported by both central banks hiking rates on Tuesday.

The European Central bank meets on Thursday. However, amid the specter of stagflation, forex markets expect policymakers to delay rate hikes until late in 2022. Jane Foley, the head of FX Strategy at Rabobank in London, noted that European currencies have been under heavy pressure for the past couple of weeks. As a result, some of these valuations have begun to look stretched. According to her, news that the EU is considering issuing debt to finance defense and energy spending underpinned the common currency. At the same time, it helped trigger a better tone in the euro and European currencies.

How is the British pound faring?

Sterling jumped by 0.4% against the greenback to $1.3148 on Wednesday. Furthermore, Poland’s zloty soared by 1.8% against the dollar to 4.3808, while Hungary’s forint gained 2.8% to 345.80. Analysts think the euro won’t likely make much headway. Investors are too worried about the war in Ukraine spreading. Besides, expectations for a Federal Reserve rate hike and safe-haven demand suggested the greenback won’t give up too much ground.

Against a basket of six major currencies, including the euro, the U.S. currency tumbled down by 0.5% to 98.628. Today, it traded just below a 22-month peak touched on Monday. Antje Praefcke, the FX Analyst at Commerzbank, noted that the uncertainty surrounding the military conflict and energy prices remains high. Thus far, the volatility on the FX market is unlikely to ease, leaving the greenback with the advantage as a safe haven.

Some economists expect commodity prices to drive FX trading with oil rallying again after the U.S. said it would ban Russian oil imports. On Wednesday, the Norwegian crown jumped by 0.6% versus the dollar to 8.9235. Meanwhile, the Brazilian real climbed up by 0.6% to 5.0300, and the Canadian dollar added 0.45% at 1.2833.

Most emerging market currencies and stocks soared on Wednesday after suffering sharp falls amid the Ukraine crisis. Fears of rising inflationary pressures also influenced the market. Russia’s rouble plummeted down today as the United States announced an import ban on its oil.

On Tuesday, U.S. President Joe Biden imposed an immediate ban on Russian oil and other energy imports. The president made that decision in retaliation to Russia’s invasion of Ukraine. Consequently, the rouble plunged by more than 15% in Moscow as it resumed local trading for the first time this week. The currency’s interbank rate dropped over 5% by 0926 GMT.

The Russian central bank is trying to ease pressure on the rouble. It recently declared that citizens with foreign currency accounts wouldn’t be allowed to withdraw more than $10,000 in total over the next six months. The bank had already reduced the commission for buying foreign currency through brokers to 12% last week.

Alex Kuptsikevich, a senior financial analyst at FxPro, noted that the rouble remains under pressure. Moreover, all the new controls on currency transactions are alienating the exchange rate at home and on global FX. He added that the country’s economic landslide is continuing at extreme speed.

The sanctions have triggered a rally in commodity prices and generated more margin calls at trading firms. In addition, they sparked fears of a spillover into the broader financial world. Traders fear that they may cause the rise in global inflationary pressures.

On the other hand, the assets of some commodity-rich countries have benefited from the rally. The South African rand, the Colombian peso, and Brazilian real were all set to rise for the week.