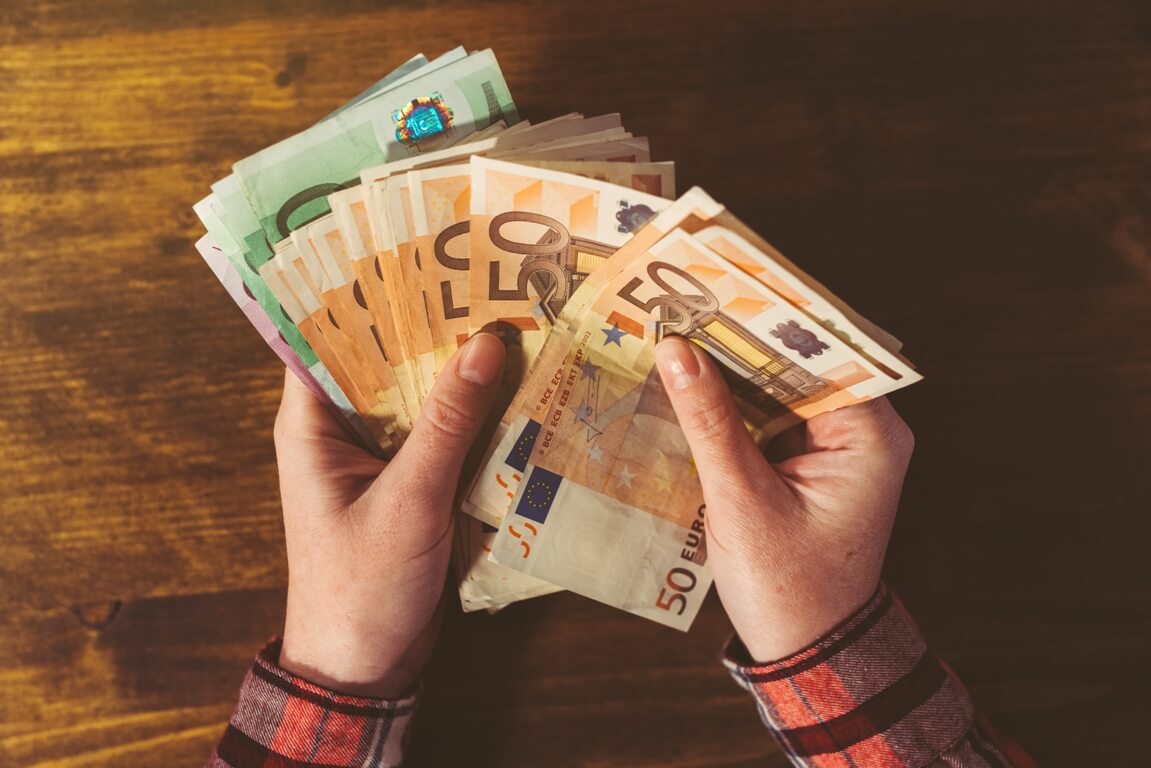 Euro skyrocketed Wednesday along with Sterling and Rouble

The common currency has tumbled down by almost 8% in three months. Traders’ expectations that the ECB would be the last major central bank to raise interest rates pushed the currency lower, especially after the bank shrugged off inflation for months, arguing that temporary factors were behind the rise.

This Wednesday, the euro surged forward by 0.45% against the dollar to $1.13245. The currency hit a nine-day high as market players assessed the chances that the central bank might signal a faster path for policy tightening at its meeting on Thursday.

The forex market is now pricing in an ECB rate increase for the last quarter of the year – noted Ulrich Leuchtmann, the head of foreign exchange at Commerzbank. In the short term, the impact on the common currency will depend on what ECB President Christine Lagarde has to announce on Thursday. Some traders will likely expect that the bank will sound hawkish tomorrow.

Shaun Osborne, the chief FX strategist at Scotiabank, also noted that the ECB is in an uncomfortable position currently. However, he expects it to remain committed to its guidance for no hikes this year. That will continue to weigh on the euro, though.

The dollar continues its downfall

On Wednesday, the U.S. dollar plummeted down from a 19-month high reached against a basket of six major currencies last week. U.S. Federal Reserve officials warned against potentially aggressive rate increases this year.

Several Fed officials commented that they would raise interest rates in March. Still, they spoke cautiously about what might follow. The agency indicated that it wants to keep options open due to the uncertain inflation outlook.

The greenback declined for a third straight day against its peers, dropping by 0.4% to 95.875. A new rally in global equity markets managed to undo some of its safe-haven allure.

Meanwhile, the British Pound jumped by 0.3% to a 12-day high against the dollar. It traded at $1.3571 at last, ahead of a Bank of England policy meeting on Thursday. Traders expect an increase in the BoE base rate by 25 basis points to 0.5%.

A weaker dollar boosted some emerging market currencies on Wednesday. Russia’s rouble led the gains on the back of strong oil prices. However, Turkey’s lira remained under pressure today.

The rouble soared by almost 0.7%, trading near its highest level in nearly two weeks. It was on track for its best week since December 2020.

The rallying oil prices aided the currency, but geopolitical tension over Ukraine remained in focus, as well. Russian President Vladimir Putin declared that the West was deliberately creating a scenario designed to lure it into war, as well as ignoring Russia’s security concerns over Ukraine. That occurred after Moscow and Washington had held talks.

Despite such tensions, Russian stocks climbed higher for a seventh straight session, starting their longest daily winning streak since January last year. It seems the market is taking some heart from continued diplomatic talks.

Analysts at Monex Europe noted that ongoing negotiations, along with the potential for a peace pact, would see sentiment around Russian assets dramatically improve. It would likely result in an aggressive retracement in the USD/RUB pair to December’s range.

Meanwhile, other oil-linked currencies, such as the Mexican peso, also gained Wednesday. Thanks to the strong demand and tight supplies, oil prices soared toward last week’s seven-year highs. Currently, markets are waiting for an OPEC+ meeting, which is due later in the day. But the group will likely stick to existing policies of moderate output increases.

Currencies elsewhere struggled to remain in the green despite the greenback’s decline for a third consecutive session. St. Louis Fed President James Bullard stated that he would argue for rate rises in March, May, and June. However, he did not favor a 50-basis point hike, which the forex market expected.

Turkey’s lira tumbled down by 0.5% as investors waited for key inflation data due on Thursday. The South African rand also lowered by 0.2%.