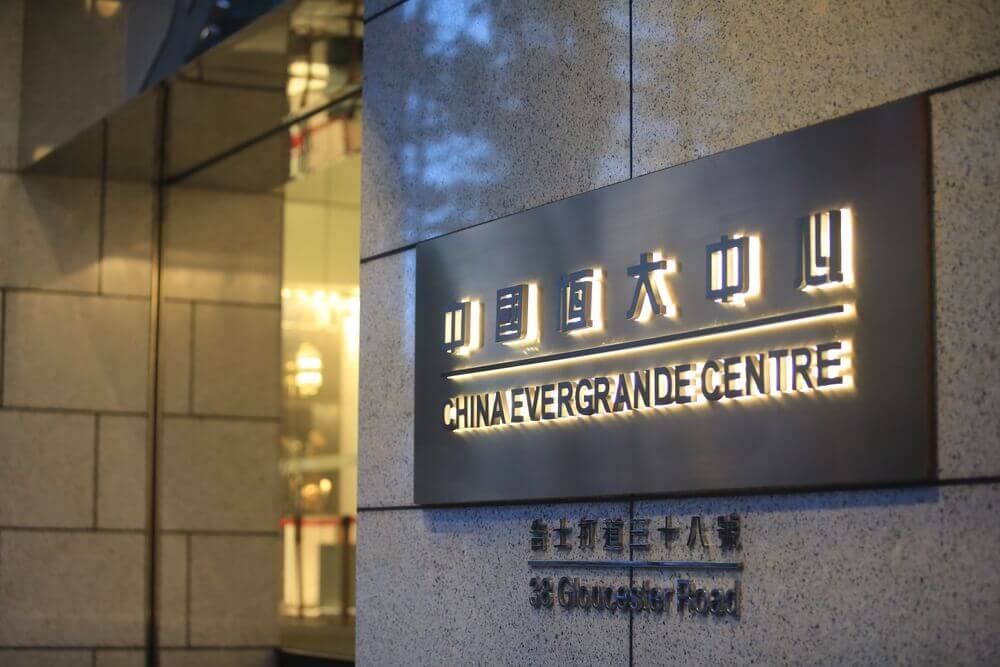 On Wednesday, shares of the embattled China Evergrande Group slipped again after a missed debt payment deadline, edging closer to a default.

Accordingly, Evergrande failed to make $82.50 million in interest payments on some US dollar bonds at the end of a month-long grace period.

This conflict would prompt a cross-default on its $19.00 billion of international bonds, flagging a ripple effect on the economy and the broader market.

However, the business slumped as it struggled to comply with its $300.00 billion liabilities.

At present, the highly indebted firm is now at the heart of a property predicament in China.

Subsequently, its shares have plummeted 20.00% over the past month as it snowed under debt issues.

Kaisa explained that it would offer investors new bonds worth $380.00 million due in 2023. In the stated case, its original US dollar-denominated bonds will be at $400.00 million.

However, analysts noted that it missed an exchange offer with bondholders, increasing the chances of default.

In the agreement, bondholders could choose to buy new bonds issued by the developer as an exchange with equity in the listed units.

Kaisa is the second-largest issuer of US dollar-denominated offshore high-yield bonds after the Evergrande Group.

Meanwhile, Evergrande announced its plans on Tuesday to forge ahead with restructuring its overseas public bonds and private debt.

At the same time, it said that it would set up a risk management committee to mitigate and eliminate future risks for the firm.

This is a significant move for the world’s most indebted property developer, who has been struggling to raise funds.

In addition, the Chinese government reassured the market that Evergrande’s problems are appropriately contained.

Moreover, the People’s Bank of China also boosted the liquidity in the country’s financial sector. This emphasis on monetary easing has buoyed the risk-on sentiment of global investors.

Last week, the provincial government of Guangdong also stepped in averting the fallout.

Meanwhile, China Evergrande has not communicated to bondholders about the failed payment.