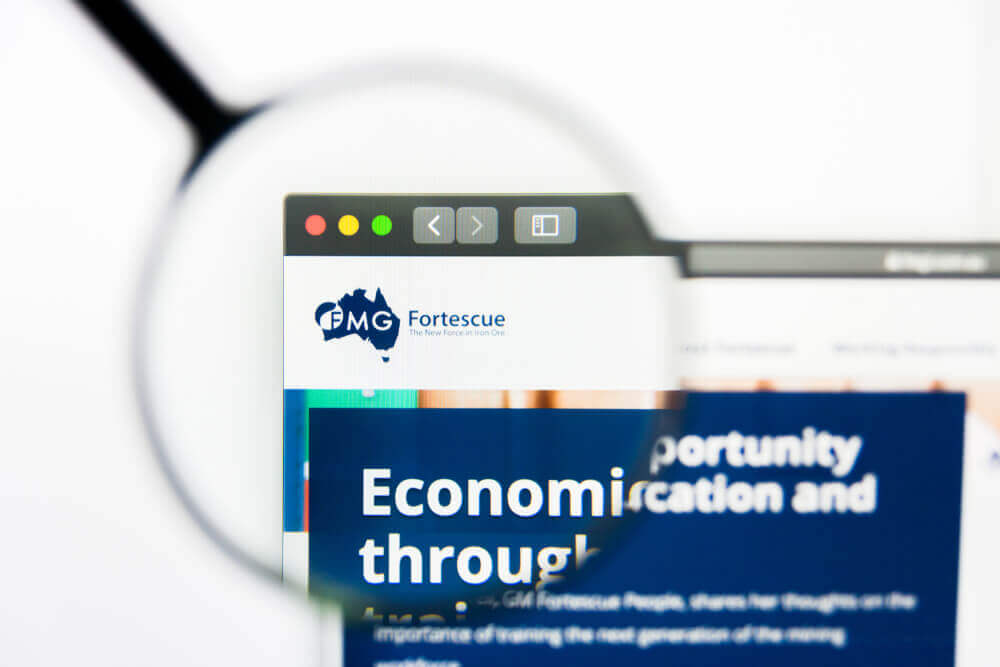 Fortescue Posts a Record High in Profits and Dividends

On Monday, Fortescue metals group posted a new record high in profits and dividends. Meantime, its shares climbed up to 6.60% to 21.320.

Fortescue is one of the global leaders in the iron ore industry. It has a market capitalization of 61.55 billion and outstanding shares of more than 3 trillion.

The Australian miner recorded a net profit of $10.3 billion, a 117% high from the last year, leading the firm to a straight year of record profits.

Fortescue’s full-year revenue was $22.3 billion, edging up 74% from the previous year. It will also spend total dividends of 3.58 Australian dollars per share, which is 103% higher than last year.

The world’s number 4 iron ore producer anticipates reaching a price premium once it moves to carbon-neutral iron ore production by 2030. Consumers will need to spend a higher premium to purchase green iron produced by hydrogen.

Fortescue is setting its sights on one of the most ambitious green plans in the mining industry. Its future industries units will expand into renewable energy and green hydrogen.

Fortescue future industries already spent $122 million last year. It is forecasted to spend between $400 million and $600 million until June next year. The company sincerely works on developing eco-friendly trains, trucks, and transport and decarbonization technologies.

The Australian mining company will allocate 10% of its net profit. It will do this to meet its target of attaining net-zero emissions at its operations and providing 15 million tonnes a year of green hydrogen by 2030.

The firm’s targeted timeline is swifter than its competitors BHP Group and Rio Tinto, aiming to achieve net-zero emissions at their processes by 2050.

China’s iron ore demand spiked on solid Chinese steel demand as the supply dropped amid the significant impact of the pandemic on the output of mining companies.

Fortescue’s rivals BHP Group and Rio Tinto also posted record profits. They paid huge dividends due to the spike in demand from the world’s top consumers.

However, iron ore prices plummeted to $140 a tonne this month amid Brazil’s production output recovery and China’s stricter stance on emissions.

On the other hand, China’s Sinopec Corp. underscored the green plans of the Australian mining company. It plans to yield 1 million tonnes of green hydrogen from renewable energy sources from 2021 to 2025.