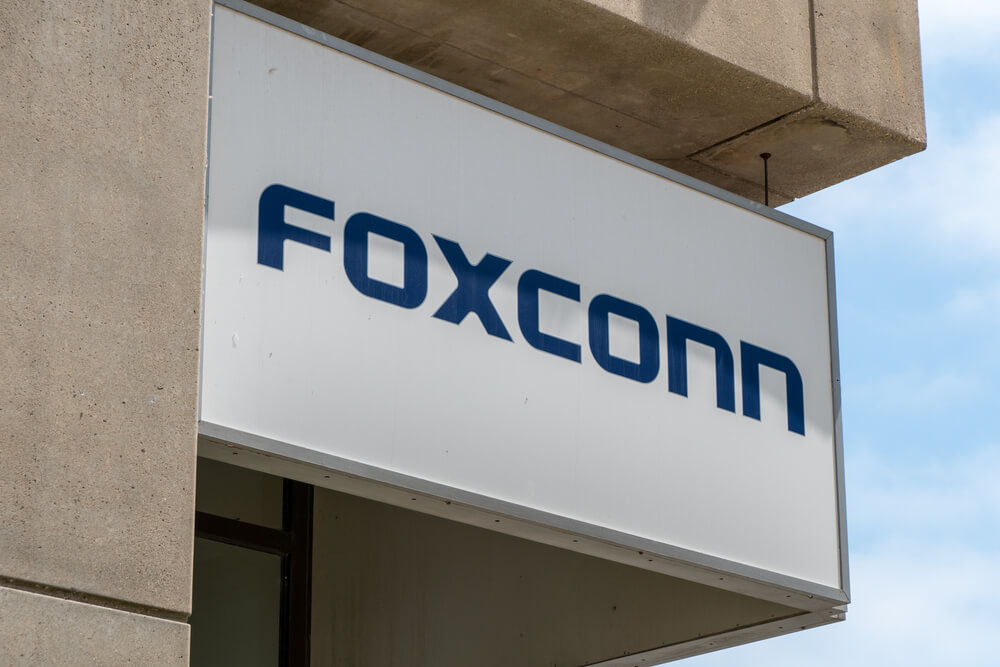 On Tuesday, shares of Foxconn Technology ticked higher in Asian trading after raising its full-year outlook on strong technology demand.

Taiwan’s Foxconn said it was optimistic about its business in the third quarter. The Apple iPhone maker added that it could see significant growth compared with a year earlier.

For fiscal 2022, the firm has improved its outlook, higher than earlier expectations. However, it did not provide the details of the adjusted projection.

Foxconn, formally called Hon Hai Precision Industry, said it had double-digit yearly growth in sales from servers and telecommunications products. Subsequently, June sales edged up 31.00% from a year earlier to a record high for the month. The robust profit came in despite the worries of the slowing demand amid the mounting inflation.

The company benefited from appropriate supply chain management and rising sales of consumer electronics. Remarkably, smartphones make up the bulk of the firm’s revenue.

Previously, Foxconn has grappled with a severe shortage of chips like other global manufacturers. However, this conflict has hurt smartphone production, including its major client Apple, partly due to COVID-19 lockdowns in China.

Correspondingly, Foxconn’s better-than-expected June sales contrasted the concerns about the slowing tech demand. Investors widely jittered on the downturn of major markets amid the soaring inflation and the impact of the Ukraine crisis.

The firm explained that the COVID-19 controls in China only had a limited impact on its production. Eventually, it kept workers on-site in a “closed loop” system during the restrictions.

The upbeat sales led analysts to expect Foxconn’s operating profit to propel by 12.00% to 19.00% this year. On the other hand, Morgan Stanley said that the business’ Q3 upbeat guidance indicated the strong demand for cloud servers.