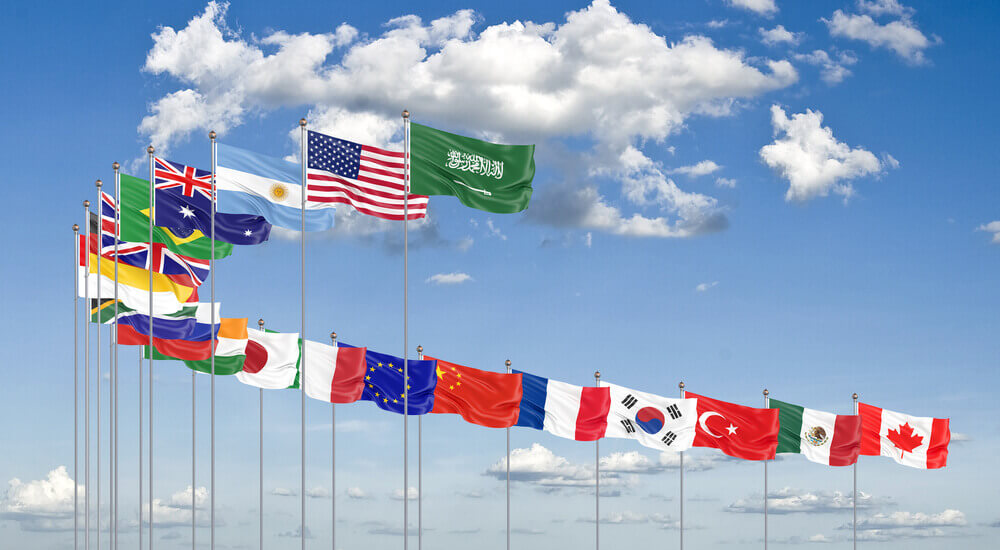 G20 agree to boost IMF Emergency Reserves by $650B

Global financial leaders will agree on Wednesday to raise the International Monetary Fund’s emergency reserves (IMF) by $650 billion. According to a draft communique, this would be to better help vulnerable countries further weakened by the effects of the pandemic.

The draft was to be endorsed by finance ministers and central bank governors of the 20 biggest economies in the world. It also returned to a pledge to fight protectionism in world trade. This reference dropped in March 2016 on the former U.S. President Donald Trump’s administration’s insistence.

Moreover, another topic watered down in G20 statements during the Trump presidency was climate change. The draft also sharpened the language on tackling climate change.

It also showed that G20 financial leaders would agree to extend a freeze on debt payments. This will be part of an effort to help the most vulnerable countries in struggling to combat the COVID-19 pandemic.

The G20 meeting will also give U.S. Treasury Secretary Janet Yellen a chance to push for a global minimum tax on corporate profits. The gathering will take place virtually on the sidelines of the IMF and World Bank’s spring meetings.

On Tuesday, the IMF increased its 2021 global growth forecast to 6%, reflecting a rapidly improving outlook for the U.S. However, emerging market economies were lagging behind advanced economies, it warned.

It said the pandemic threatened to reverse years of progress in reducing poverty. This was pointing to a dramatic divergence between the outlook for the United States and other economies’ outlooks.

Expanding the IMF’s reserves or Special Drawing Rights would boost liquidity for all members. Without adding to the debt burden of the 30-some countries already in or facing debt distress, finance officials and economists said.

Extending the current freeze on debt service payments by the poorest countries could provide billions of dollars. That is for them to spend on vaccines and stimulus, World Bank President David Malpass said on Monday.

More than 250 faith groups and non-profit organizations wrote a letter on Wednesday. The letter urged G20 leaders, the White House, and the IMF to go beyond the moratorium on debt payments. SDR allocation should cancel debt and expand debt relief for developing countries.

At Yellen’s wish, G20 officials should remove a reference in the communique. That was to stabilize exchange rates first inserted by the Trump administration, reverting to phrasing that emphasizes the importance of underlying fundamentals, according to a source familiar with the discussions.