Omri Shafran is Texas Medical Technology’s CEO. The PPE distribution company has been a point of continuous controversy, including possible patent infringement. The case revolves around a machine called iNitrile – a surgical glove donning machine. In this text, we’ll expand on the situation, hoping to inform potentially mislead investors.

Texas Medical Technology’s iNitrile machine is a glove donning device. The machine is a point of controversy and a likely case of patent infringement. Namely, when you look at https://medicalsupplies.technology, a site owned by Texas Medical Technology, you see the machine in the lower right of the header image. The image is different than on iNitrile’s own website. We’ve managed to find out that the original image is of a similar machine IGIN holds the patent to.

If the image is removed, you can use a service like the Wayback Machine, which has a snapshot of the website on March 18, 2021. Texas Medical Technology is promoting its device by showing someone else’s design. The company that actually developed the device has nothing to do with Texas Medical Technology. The case is fairly cut and dry, and should pose a serious concern to investors.

We’d also like you to look at the two promotional videos below:

From the videos, the product looks unfinished. The cuts seem intentionally placed to make the machine seem like it’s working when it’s not. There’s more proof to that, as you’ll see shortly.

We conversed with a private investigator who found out some vital info about Texas Medical Technology. We’ll present that info as further proof regarding false claims about iNitrile. The statement is from August 2021.

We informed the investor of our intentions and said that we were potential investors. We displayed interest in the glove donning machine and company as a whole. However, as soon as the investigator got the company address, they were familiar with the location. They knew Omri Shafran by name and had knowledge about the company.

Furthermore, the investigator was inside the facility no more than two weeks ago. They found out that Texas Medical Technology’s factory that allegedly employs 50 people isn’t a factory at all. It was a small packaging and shipping facility that employed a fragment of the alleged employees. There were about 30 people working there, mostly packaging and shipping smaller PPE items. That included gloves, masks, and other apparel and equipment.

However, the investigator had no knowledge about any sort of glove donning device. Furthermore, they found it highly unlikely that the company even had the means of producing such a device. The machine or any part of it was absent, and so was any sort of production or assembly.

Another questionable point is the $33 million the company states it’s gathered in investments. With no machine and poor promotional videos, we doubt that’s possible. However, the company entered a cooperation with Proguardeum INC in February 2021. It’s possible that Texas Medical Tech is presenting its deal earnings as investments. Naturally, that’d be an obvious attempt at feigning interest from investors.

We should also notice that Texas Medical Technology is creating a false online presence. You can find multiple unmarked promotional articles with half-true or outright false claims. They do this in tandem with their PR company called Reblonde. 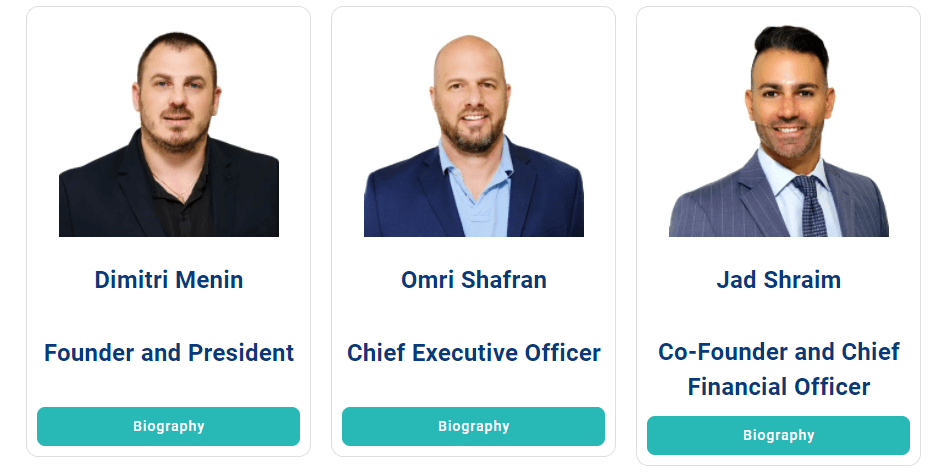 Not only is Shafran’s company possibly stealing a patent, but they’re also lying about the development. While marketing the machine as nearly ready to go, there are doubts about the existence of even a functional prototype. It’s worth noting that Shafran has two other people who regularly cooperate with him, called Jad Shraim and Dimitri Menin. All three are in on the alleged scam, making investing in either of their past, current, or future projects a bad idea. Always be careful about the things you invest in, as there are a lot of scammers peddling fake products and services.