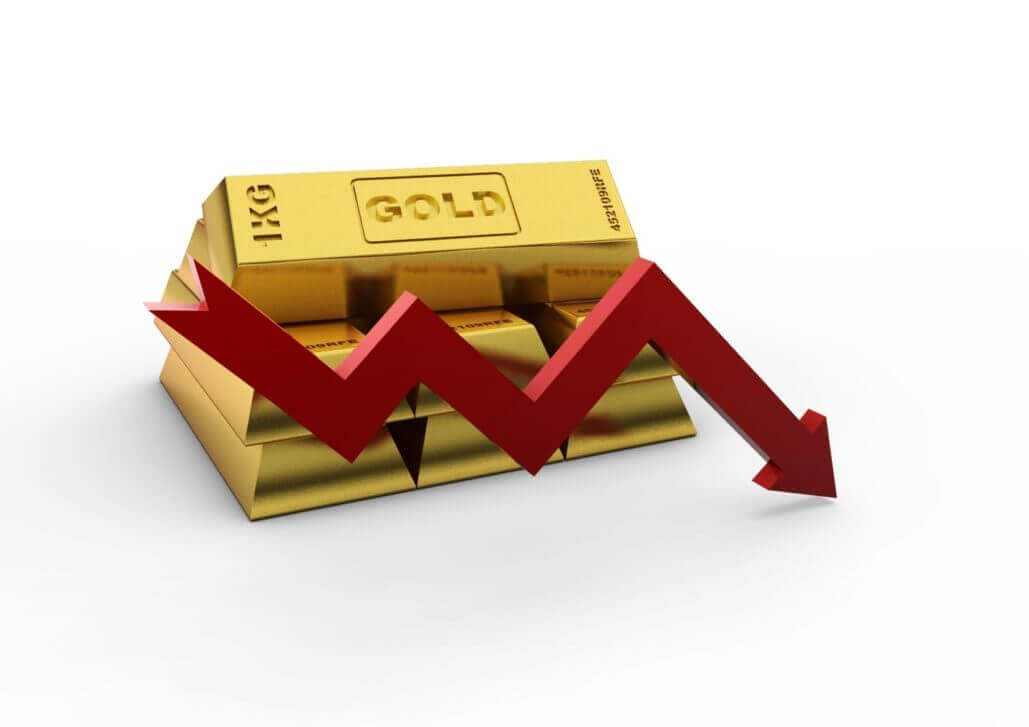 Gold Down Pointing to A Quarterly Decline of More than 10%

The spot gold price dropped in the trading session on Tuesday, falling 1.6% to the edge of $1.685 per ounce. The yellow metal’s prices were depressed by the US dollar strength and rising long-term interest rates. In the first three months of 2021, gold lost more than 10%. It is the first quarter with a negative balance for the metal since 2018.

This morning, the yield on 10-year US debt soared to 1.77%, its highest level since January 2020. Expectations of reflation drove the increase after the White House announced that it would present an infrastructure plan this morning. According to the US government, 90% of adults would qualify for the COVID-19 vaccine as of April 19. Interest rates often have an inverse correlation with gold: when they increase, the bullion price tends to fall.

What to Expect in The Second Quarter?

The recovery is fueled by fiscal expansion and a return to normality thanks to the advance of vaccinations. Hence, many investors believe that will cause an overheating of the economy. They think it will force the Federal Reserve to start withdrawing stimuli faster than expected. These expectations may accelerate the transition to higher rates. It will reinforce the downward trajectory of non-interest-bearing assets such as gold and, to a lesser extent, silver.

The expected growth in activity in the coming months could also induce many financial traders to focus on cyclical assets rather than gold. Cyclical stocks, such as those related to the financial sector, industrials, consumer discretionary, etc., tend to perform well when the economy emerges from a crisis and experiences moments of vigorous growth.

It would not be surprising if the price of gold continued to skew down in the early stages of the new quarter. The US dollar maintains a positive trend in the currency market, as observed in recent weeks.

From a technical standpoint, gold has plunged to a support confluence zone near $1,677, where the March low lines up with an uptrend line extended from May 2019. If sellers push the XAU/USD below that support area, analysts think the bearish momentum could strengthen and trigger a slide to the next floor at $1,565.

Conversely, if we see a rebound from current levels, the first resistance to watch is at the $1,720 region. A break of this level would put into play $1,755 and, in extension, the 200-day exponential moving average of around $1,800.