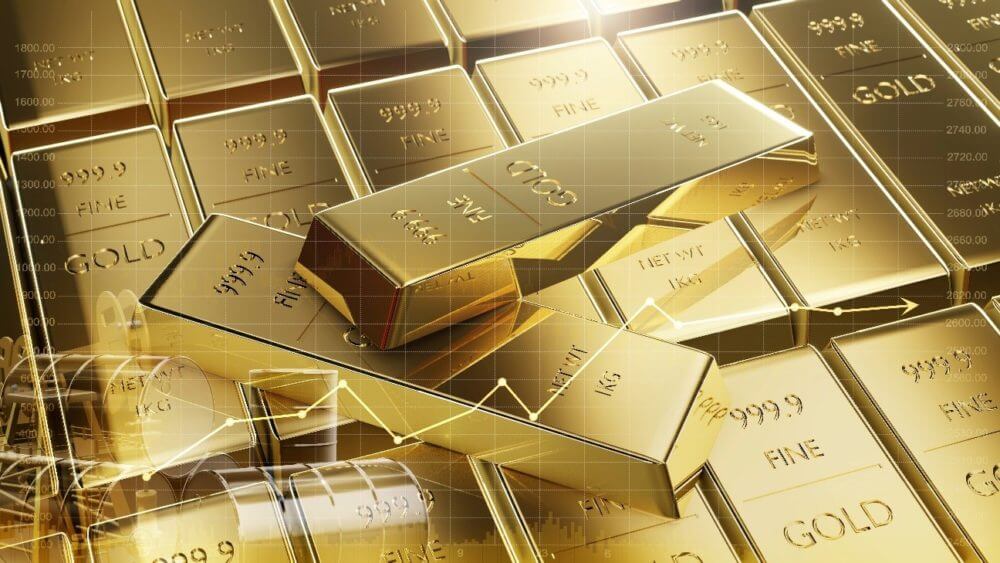 Gold futures are trading lower late on Friday, but they are still trading near the session low. The market plunged over 3% to its lowest level since August 12. An unexpected boost in U.S. retail sales raised hopes that the Fed will end its stimulus sooner, driving Treasury rates higher and the U.S. Dollar higher.

December Gold futures on the Comex are trading at $1752.70, down $4.00 or -0.23 percent. The yield on the 10-year U.S., Any increase in returns, tends to increase the opportunity cost of owning non-yielding assets such as bullion. Furthermore, a rising U.S. dollar raises the price of gold for buyers holding foreign currencies.

According to the daily swing chart, the primary trend is down. A transaction will signal the return of the downturn through $1745.50. A break of $1810.60 will shift the primary direction to the upside.

A prolonged advance above the 50% mark at $1757.40 indicates the existence of aggressive counter-trend buyers. It might spark a rally to the pivot level of $1778.10. Because the overall trend is downward, sellers are likely to enter on a test of this level. Taking it out indicates that the purchasing is becoming more powerful, with $1795.00 to $1800.00 being the next possible upside target region.

On Monday, oil fell more than $1 a barrel to about $74 a barrel as increased risk aversion impacted stock markets and bolstered the U.S. currency. Concerns over the solvency of Chinese property developer Evergrande shook equities markets as investors braced for the Federal Reserve to take another step toward tapering this week.

A higher dollar raises the price of U.S. dollar-priced oil for holders of other currencies. It increases risk aversion, impacting oil prices.

Brent has risen 43 percent this year. Supply curbs boost it by the Organization of Petroleum Exporting Countries and allies, as well as some rebound in demand following last year’s pandemic-induced fall. Supply disruptions in the United States had bolstered the price of oil. Hurricanes Irma and Maria have wreaked havoc on the Gulf of Mexico.