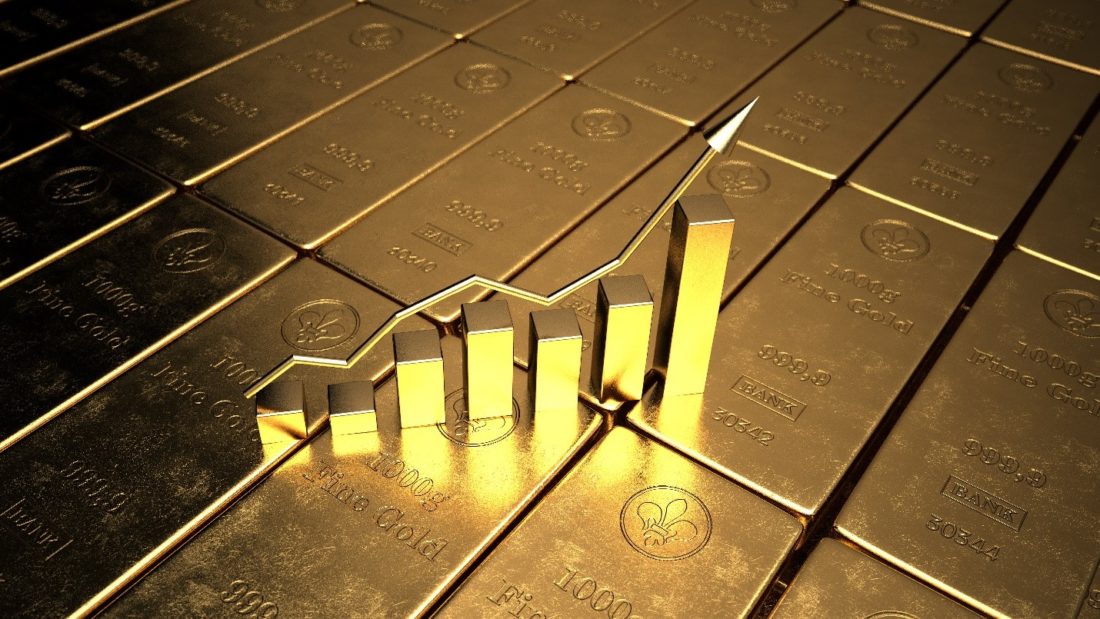 On Monday, gold prices hit a one-week high as the greenback weakened while increasing U.S. Covid-19 infections lifted concerns over the pandemic’s impact on the economic rebound, underpinning homes of further monetary stimulus.

In the previous trade, the yellow metal had ended the session at Rs 50,950 per 10 gram. On Multi Commodity Exchange, December gold futures gained to Rs 50,992 per 10 gram.

Additionally, the dollar index dropped 0.2%, which made gold cheaper for other currencies holders.

Covid-19 infections crossed the 11-million mark in the United States on October 15, while President Joe Biden’s top advisers called for urgent action to address the crisis.

According to a chief global market strategist at financial services firm Axi, there are still underlying problems in structural economies, with job creation being the largest problem.

Furthermore, Peter Almaier, Germany’s economy minister, reported the country should brace for another 4-5 months of strict measures to stop the outbreak.

Additionally, Jerome Powell, U.S. Federal Reserve Chairman, announced that more action from the central bank and Congress would likely be required in the form of additional fiscal stimulus.

The yellow metal, which benefits from central banks’ stimulus measures, has risen 25% during 2020. Remarkably, gold is considered a hedge against inflation and currency debasement.

Furthermore, prices decreased by 3.3% last week after Pfizer announced its experimental Coronavirus vaccine was more than 90% effective as it was tested on 44,000 people.

According to Howie Lee, an economist at OCBC Bank, gold may face some resistance near $1,900 – $1,905, and gold price depends on the clarity of the new U.S. fiscal stimulus.

Significantly, silver was trading at Rs 63,600 per kg, while on Multi Commodity Exchange, silver December futures stood at Rs 63,608 per kg.