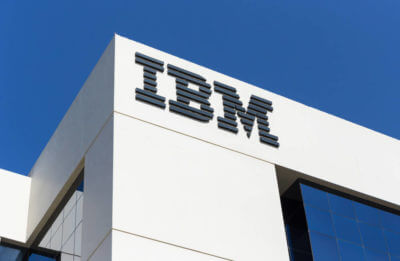 IBM stocks slip after warning a $3.5B forex hit

Shares of International Business Machines (IBM) Corp. dwindled during Tuesday’s pre-market trading. The downturn came after the firm warned that the hit from forex this year could be at $3.50 billion due to a strong dollar.

Accordingly, a hawkish Federal Reserve and heightened geopolitical tensions have driven gains in the greenback against a basket of currencies. This upturn has prompted businesses with sizable international operations, including Microsoft and Salesforce, to temper expectations.

CFO James Kavanaugh cited that currency headwinds and the impact of exiting Russian operations have placed pressure on IBM’s near-term results. Nevertheless, it reiterated the company’s full-year forecast of hitting the upper end of mid-single-digit revenue growth at constant currency.

Correspondingly, the technology firm expects a foreign exchange hit to revenue of about 6.00% this year. This projection was higher than the previous 3.00% to 4.00% hit outlook. Second-quarter revenue lost about $900.00 million due to a stronger US dollar. This hurt added to the pace and magnitude at which the currency has strengthened unprecedentedly.

For the fiscal year, IBM management called for $10.00 billion in free cash flow this year. It came in lower than the range of $10.00 billion to $10.50 billion the business provided in April.

IBM’s outlook revision overshadowed the upbeat second-quarter revenue of the company. Subsequently, sales accelerated 9.00% year-over-year to $15.50 billion in the three months ending in June. This result notably came in higher than the average market estimate of $15.20 billion.

Moreover, the 110-years-old company released an earnings of $2.31 per share, higher than the analysts’ estimate of $2.27.

Subsequently, IBM reported $6.17 billion in Q2 software revenue, representing a 6.00% increase from a year earlier. However, it came in below the projected $6.30 billion.

The upturn of sales indicated that the demand for mainframe computers, consulting and cloud services remains strong. This uptick is amid concerns of a pullback in tech spending due to the mounting consumer prices.