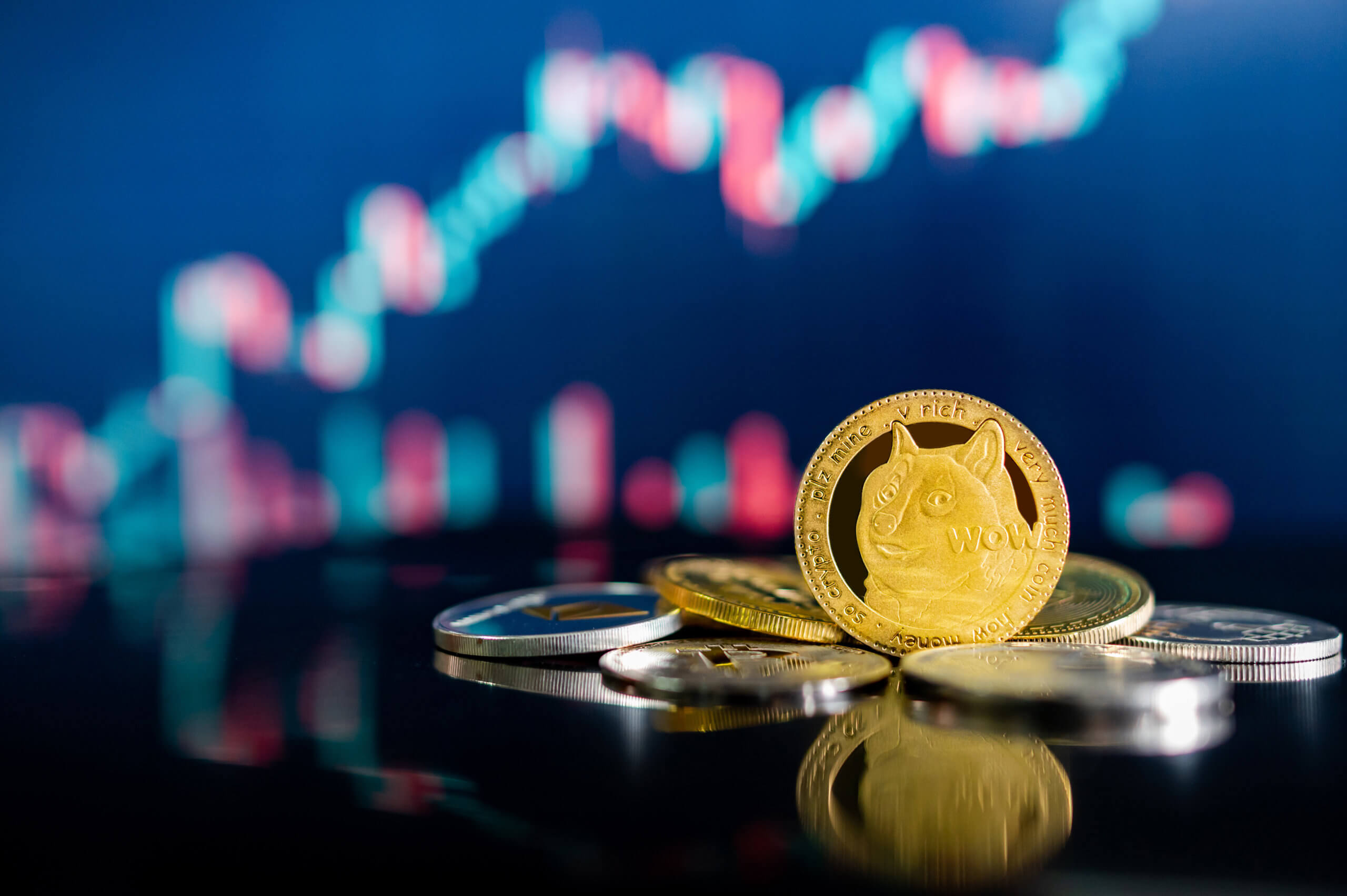 Meme coins are cryptocurrencies designed as a homage to viral internet jokes that have gained an enormous following and a lot of investor attention over the past few years.

While certain meme coins have become the world’s biggest by market capitalization, you need to be aware of the opportunities they offer and the risks they pose.

As the name suggests, meme coins are cryptocurrencies created mainly for fun or as a joke, i.e., a meme. They are digital coins based on funny images, videos, and texts that have become significantly popular on the internet.

While meme coins mostly came from the place of humor, some have been on the rise during the past couple of years, skyrocketing in value to reach multi-billion market caps and gain support from various celebrities.

Such feats present the possibility that meme coins have some fundamental value or specific utility. However, that potential has yet to be proven, as almost every single meme coin remains lacking in those two areas. Currently, their primary use is for speculation.

In terms of design, meme coins are pretty similar to other cryptos, but it’s in the purpose where they are different from the likes of Bitcoin and Ethereum. Meme coins are usually developed to pay homage to viral internet jokes, and the hype created by that idea drives their value.

The standards for buying and selling meme coins are quite low.

Developers or miners can easily ‘fork’ existing cryptocurrencies since the blockchain is a decentralized, open-source system. Forking in this scenario involves copying and pasting the main blockchain and launching it online while making small changes in things such as the name or logo.

In other words, a meme coin can build and trade on its own blockchain or stay on an existing blockchain.

Meme coins are often endorsed by their developers on social media to give the prices momentum and move up. Then, if the coin can build a strong online community, the price may continue its upward journey.

Dogecoin is perhaps the best example of a meme coin that succeeded in the crypto space.

Dogecoin, which is designed around the iconic Shiba Inu ‘doge’ meme, was introduced in 2013 by software engineers Billy Markus and Jackson Palmer.

The token was initially created to represent a satirical alternative to the buzz around Bitcoin at that time. Dogecoin was meant to be ‘as ridiculous as possible,’ according to the founders.

However, what started as a lighthearted joke, Dogecoin’s market value increased significantly that it became a household name in the cryptocurrency industry today due to a group of enthusiasts.

For example, Dogecoin caught more investors’ attention on news that its community raised $30,000 to help the Jamaican bobsleigh team travel to Sochi, Russia, and compete in the 2014 Winter Olympics.

The Tesla boss’s endorsement and constant promotion of Dogecoin have become vital to keeping its interest. So when a cryptocurrency loses the backing of a celebrity, its price could take a sharp dive. Dogecoin’s market cap is currently worth a tenth of its record peak from over a year earlier.

Still, Dogecoin’s success has encouraged others to try their hands at creating and promoting their own meme coins. So far, over 200 meme coins have been developed since Dogecoin’s inception, one of which is the Shiba Inu coin.

Investing in meme coins can be either a decision you’re glad to have made or one you regret later.

You can turn a profit from these cryptocurrencies, but the meme coin market remains highly volatile, and their prices heavily rely on speculation. That means you’re taking quite a huge risk when you put money into meme coins.

Moreover, buying such speculative, risky assets is more like gambling than actual investing. You can make money from meme coins, provided you buy or sell them at the right time. However, you can also lose most or all your investment money if the market moves against you.

While Dogecoin and Shiba Inu have seen significant success in the meme coin investing space, others were not as fortunate. Even these two have fallen significantly from their record highs, although their market caps are still worth $8.7 billion and $6.5 billion, respectively.

Several meme coins have been introduced to the market with the expectation that they’ll be able to create a strong community and achieve excellent valuations. However, prices this year are trading at relatively realistic levels, with meme coins feeling a lot of the impact.

Dogecoin’s value slipped 60% in 2022, and Shiba Inu’s was down 64%, while other smaller meme coins have seen their value drop to zero and investors exiting from their positions.

The Dangers Behind Meme Coins

In addition to the highly volatile nature of meme coins, there are other serious risks associated with investing in these cryptos that you must watch out for.

Meme coins creators, who are typically anonymous, are one of the risks as they have been suspected of having committed wrongdoings.

Some of these creators have been found to develop new coins, immediately take control of the entire stockpile, and then turn their full attention to generating a buzz around the coin so they can unload the supply.

The investors can be innocent retail participants who may not completely understand the core dynamics of the meme coin involved but only saw the asset is popular at the moment due to support from celebrities or bot-driven activities.

Another risk you need to consider is that many meme coins are usually owned by a small group of investors with high concentrations. A large concentration can allow a big investor to control the market or push the price of the coin down once they get hold of the profit from their investments.