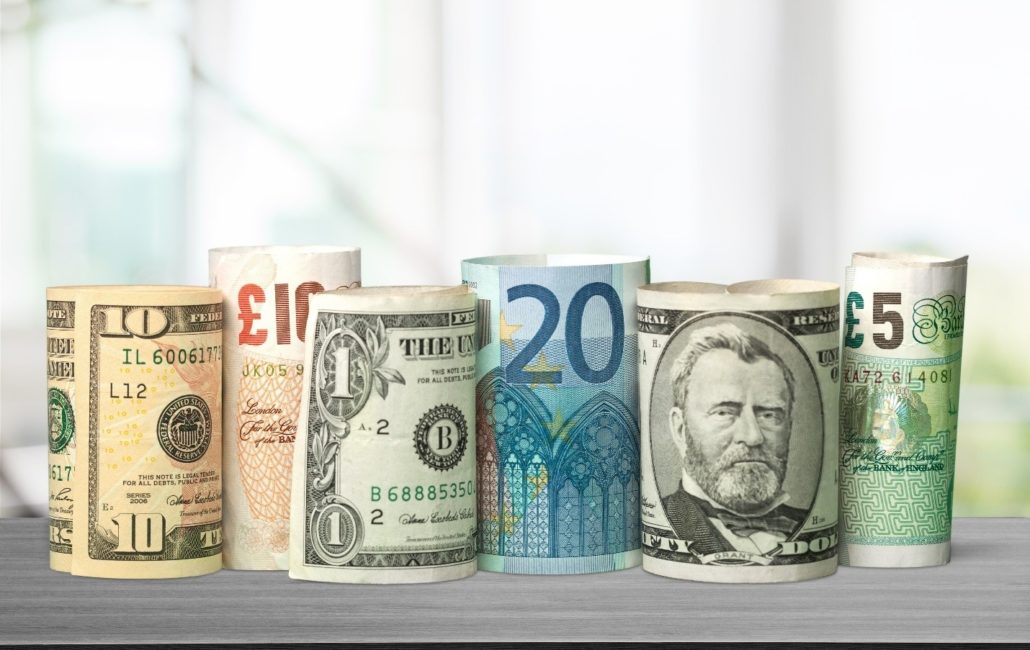 Home > Trading Education > Investing in the Greenback: A Look Into the US Dollar Index

Investing in the Greenback: A Look Into the US Dollar Index

The US dollar’s current performance has received a great deal of attention, with a few US firms citing the greenback’s strength as the reason behind their lackluster earnings results.

On the other hand, economists see the strong dollar as a support to the Federal Reserve’s move to bring down inflation.

Still, how do we properly determine whether the greenback is strong or weak? That’s where the US dollar index comes into play. With the dollar index, investors have a good idea of the dollar’s global strength.

That key index helps them understand how the greenback’s value affects consumer prices, import and export demand, and the current condition of the overall economy.

The US dollar index is a vital market index established by the Fed in 1973 to measure and monitor the greenback’s value against a basket of six foreign currencies, including the euro, British pound, Japanese yen, Canadian dollar, Swedish krona, and Swiss franc.

In 1971, President Richard Nixon’s administration carried out a plan to sever the dollar’s connections with gold, allowing the US currency’s value to move freely in foreign exchange (forex) markets.

Since 1985, the Intercontinental Exchange (ICE) has been responsible for calculating and maintaining the dollar index. The ICE is an international exchange, clearing, financial data, and tech firm operating different markets and services across nine asset classes.

Calculating the US Dollar Index

Determining the US dollar index’s value involves comparing the greenback’s relative value to other foreign currencies.

But with the euro’s inception in 1999, the number of currencies was reduced to the six currencies mentioned above, and the formula for calculating the dollar index underwent some changes.

Using the US Dollar Index

Traders and investors rely on the US dollar index to help them keep an eye on the greenback’s purchasing power in relation to the six currencies.

The index has also become an ideal tool for market players to gauge the performance of the US economy, particularly in the imports and exports sector. The more exports, the stronger the global demand for the dollar to acquire those goods.

Such high demand for the greenback prompts the dollar index to go up.

However, the index has a few limits you need to take note of. One of them is that the weightings of the currencies used to calculate the dollar index are based on the US’s largest trading partners in the 1970s.

Therefore, its formula does not consider emerging market currencies, such as the Mexican peso or commodity currencies. It also does not include the Chinese yuan, despite China being the US’s current number one trading partner.

As a result, the dollar index’s effectivity as an indicator of economic health may not be as precise as it was in the past decades.

Investing in the US Dollar Index

Investing in the US dollar index can be done in different ways.

Futures and options contracts are usually the go-to options for experienced investors looking to put money into the index.

You can consider investing in exchange-traded funds (ETFs) that follow the dollar index’s performance as an option as well. In addition to these funds, you can choose leveraged currency ETFs to invest against falling international currencies.

Current Factors Strengthening the US Dollar

In 2021, the US dollar index posted gains of 17.3% to rise above 110 from 94. The rapid increase of the greenback this year has been because of several reasons that pose significant challenges for investors and central banks worldwide.

With record-high inflation, the Fed’s aggressive interest rate hikes, and an international search for yield, the dollar has received quite the boost.

A solid dollar suggests that other international currencies have been pretty weak, which then intensifies inflationary pressures and volatility in the financial markets.

Investors and the markets may be able to observe sustainable recovery in global risk assets once the greenback’s strength eases.

This year, the Fed has focused on lowering inflation from multi-decade peaks by raising key interest rates. It has already performed a federal funds rate (FFR) hike between 3% and 3.25%, the highest level since 2008.

The US central bank has increased the benchmark interest rate by 75 basis points three consecutive times in 2022.

As interest rates continue to go higher, foreign investors’ demand for the dollar grows, pushing the dollar index further up.

Furthermore, the war between Russia and Ukraine has resulted in global economic uncertainty, particularly in Europe’s energy market.

Investors have been relying on the dollar for protection since the greenback is the world’s dominant reserve currency and is generally seen as a safe haven in times of economic uncertainty.

Importance of a Strong US Dollar

A strong dollar is something to pay attention to as it may negatively impact US stocks that make international revenue.

Foreign currency conversion can be good or bad for operating results. As the US dollar index trades at high levels, it could eventually become a headwind for the overseas business of US companies.

Companies listed on the S&P 500 are estimated to have around 29% of their overall revenue generated overseas. Out of S&P 500 market sectors, stocks in the tech sector are the most exposed to international markets, with 59% of their total sales coming from outside the US.

For example, tech giants such as Meta Platforms Inc. and Alphabet Inc. make over half of their revenue overseas, while chipmaker Qualcomm has almost all 96% of its revenue generated internationally.