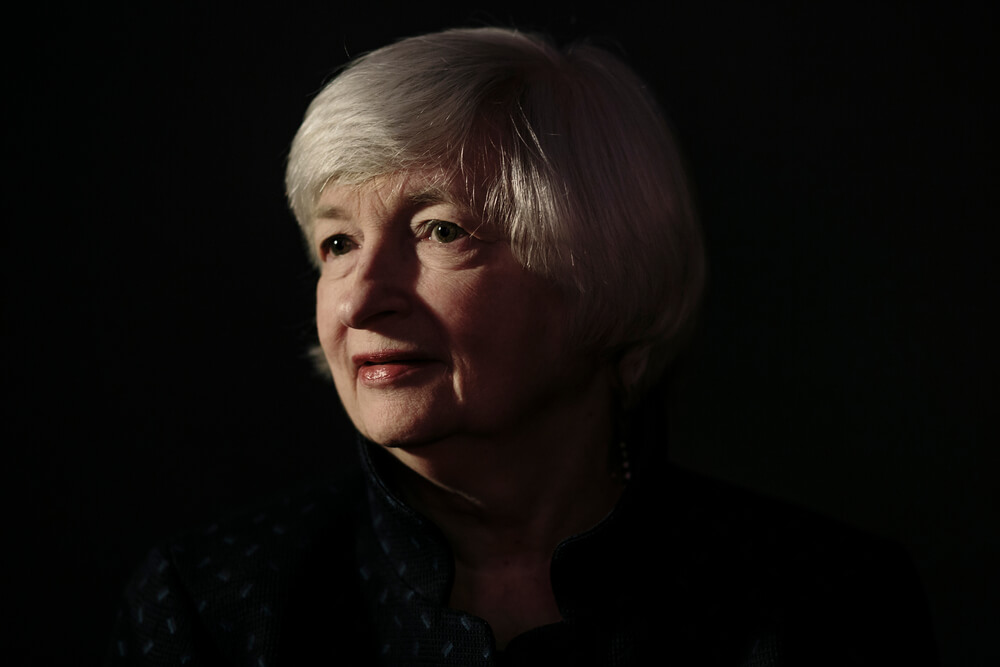 On Tuesday, Janet Yellen will testify at Capitol Hill to affirm the United States’ commitment to market-set currency rates. She is Biden’s pick to be Treasury secretary nominee. At a Senate confirmation hearing, she wants to say that the U.S. does not seek a weaker dollar.

Reports said, if asked about the incoming administration’s dollar policy, Yellen has this to say. Markets should determine the value of the U.S. dollar as well as other currencies. Moreover, she will say markets adjust to reflect variations in economic performance and generally facilitate the global economy’s adjustments.

Yellen’s policy would be a return to a traditional posture. That is after President Donald Trump railed against the dollar’s strength for years, saying it gave other countries a competitive advantage.

Also, it comes with investors heavily shorting dollars. The highest in almost a decade is the value of bets against the greenback.

This is partly in anticipation of U.S. trade and budget deficits widening further under the incoming administration.

In recent weeks, the dollar has bounced but suffered its worst annual loss last year since 2017.

From 2014 to 2018, Yellen served as head of the U.S. Federal Reserve and should win Senate confirmation. She also will likely be one of the first Biden Cabinet choices to be confirmed.

Elsewhere, Chinese environmental groups have planned to dam a key flood outlet for the Yangtze River, the Poyang lake. They feared a hammer blow for an already fragile ecosystem, a rest area for migratory birds. It is the home of the endangered Yangtze river porpoise.

The outcry started after the Jiangxi provincial government revived a project earlier this month. It is aiming at regulating water flows on Poyang lake. It is China’s largest freshwater lake, which is increasingly prone to drought in winter.

Free Birds, a non-government environmental group based in Shanghai, sent an open letter to the Jiangxi government last week. It said that the project’s approval would be “extremely irresponsible.”

Moreover, it accused Jiangxi of sneaking the project through without proper consultation. It also said it defied a plan led by President Xi Jinping to protect Yangtze’s ecology better. The Yangtze supplies water to 40% of China’s population.

A sluice gate will be constructed spanning 3 kilometres between the lake and the Yangtze River. Its purpose is to gain control over water levels and alleviate drought. This is under revised Jiangxi government plans.

Around a decade ago, a hydropower plant that was first proposed was ditched. Critics say, however, the sluice gate will still break the natural link between Poyang and the Yangtze.