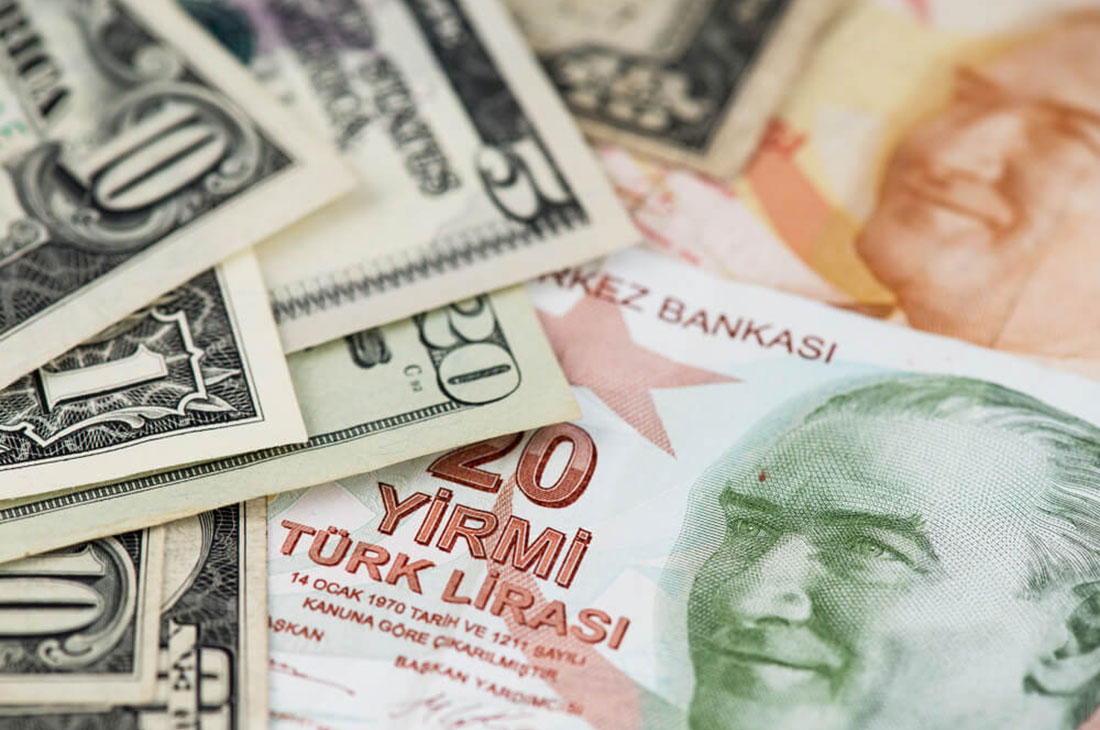 Lira Plunging Down the Market

On Monday, Moody’s Investor Services lowered Turkey’s credit rating from “B1” to “B2,” warning of a more severe financial crisis. The agency listed the country’s external vulnerabilities that could balance payment distress, adding that its fiscal tools are decaying. The lira plunged to a record low on Monday after one of the world’s premier credit rating agencies struck Turkey with a credit downgrade and geopolitical tensions between Turkey and Greece. After cratering to an all-time low this last spring, does this mean the lira can experience another record low this year?

The rating group replied that the central bank’s foreign exchange reserves, instead of the gross domestic product, are at their lowest in decades. The central bank has been doing everything to prop up the lira, including invading its forex reserves, which currently stand at $44.8 billion, down from more than $80 billion at the beginning of 2020.

On the data front, retail sales surged 9.5% in July, down from the 18% spike in June. The higher retail sales for the third continuous month implied that domestic demand is recovering. The Turkish economy reported gains in food and beverages, electronics, household goods, automotive fuel, and apparel.

In July, industrial production advanced at an annualized 4.4% rate, beating the market forecast of 3%. This is also up from the tepid 0.4% jump in the previous month. Automobile output also skyrocketed 44.3% year-over-year last month, up from the 11.8% contraction in July.