The USDCZK pair will continue its rally this week, which started at the second half of February 2021. The catalyst driving the US dollar higher is the proposed $1.9 trillion economic aid by President Joe Biden. On Saturday, March 06, the US Senate passed a ratified version of the bill. House Speaker Nancy Pelosi reaffirmed the lower house’s commitment in passing the stimulus on Tuesday, March 09, five (5) days before the March 14 deadline. The stimulus is expected to push consumer goods prices higher, which creates inflation. High growth stocks, specifically those that are included in the tech-heavy Nasdaq 100, will be affected by higher prices since their shares are priced based on future earnings potential. Thus, safe-haven assets like 10-year maturity treasury bonds and USD are on the rise. Treasury Secretary Janet Yellen added bullishness on these assets as she connected the high yield and recovery of the greenback to the reopening of the US economy.

The EU and its member states posted mixed results from its recent economic data, pushing investors to seek haven on the single currency. Germany factory order in January was up by 1.4%, double the expected 0.7% growth for the report. Analysts see Brexit along with the discovery of a new COVID-19 variant in the UK as the main reason why manufacturers are moving away from London. However on Monday, March 08, Industrial Production data had its 9-month low after the report shrank by -2.5% for the same month. In addition to this, analysts are anticipating imports and exports in the EU’s largest economy to decline on Tuesday’s report, March 09. The forecast for imports is a continued decline by -0.5% from December’s -0.1% data. Meanwhile, exports will take the biggest plunge on the reporting day with -1.2% expectations. This will be the first negative data for the past eight (8) months. The target price for the EURCHF pair is at the 1.12500 area.

Despite the bearish forecast for the euro currency’s economic data, the recent comment from the British central bank will result in high demand for the pound. Bank of England (BoE) Governor Andrew Bailey warned that the UK economy might never return back to its pre-pandemic pattern in terms of spending and work. The BoE chief expects consumers to be more mindful of their spending habits as the coronavirus severely affects the British economy. As a result, recovery will be slower despite the rapid vaccination rollout in the country. In addition to this, Bailey is anticipating a continued increase in unemployment in the UK as businesses are expected to move away from London following Brexit. These scenarios suggest that investors will not see any interest rate hike move from the central bank until the impact of the pandemic and Brexit is fully reflected in the economy. Prices will continue to sink towards the 0.82500 price zone.

Japan missed the GDP forecast for the fourth quarter of fiscal 2020. The world’s third-largest economy grew by 2.8% in the final quarter of the pandemic year, slower than the 5.3% data in the previous quarter and lower from the 3.0% projected. On an annual basis, the economy expanded by 11.7, also missing the target. Consumer spending is one (1) of the reasons for a slow economic recovery. Household spending in January was down by -7.3% during the post-holiday season. On a YoY basis, the report was down by -6.1%. Despite this, the gradual recovery will help the Japanese equity market to buoy amid threats of rising yield curve in the US. Also in the preliminary data from coincident indicator, the 3.5% figure represents a bullish outlook from analysts over the near-term performance of the Japanese economy. Leading index is also up by 1.4% while Economy Watchers Current Index is up to its 3-month high of 41.3 points for February. 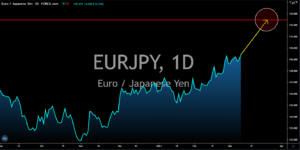