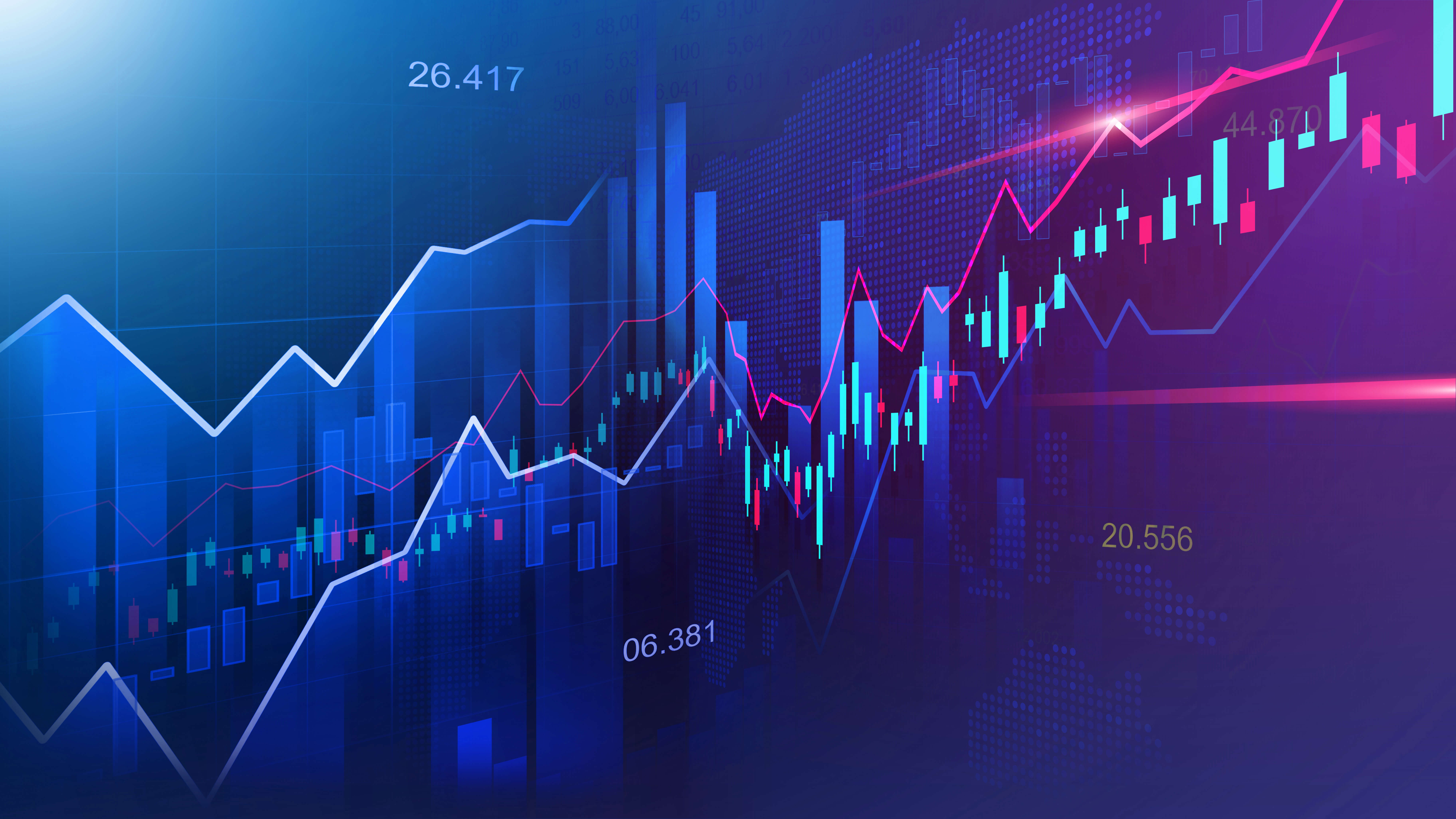 Norway’s economy showed an improvement in Q2 2021 by 1.1% quarter-on-quarter. This is better than the first quarter result of -0.6%. It is also the highest quarterly growth recorded in nine months. In the mainland, excluding Svalbard and Jan Mayen, the recorded growth is 1.4%. Analysts see a continued upbeat result in Q3 following the easing of some coronavirus restrictions. In addition, the Consumer Confidence index hiked to 10.90 points, representing a return to the pre-pandemic level. Fitch Ratings reaffirmed its ‘AAA’ investment grade with a ‘Stable Outlook.’ The credit rating agency backed its rating with a strong GDP per capita. In addition, the government’s budget deficit is anticipated to fall to 11.4% for non-oil-related accounts. Fitch expects the country’s 1.4 trillion wealth fund to contribute 3.7% of the government’s expenditures. In other news, the SWF is divesting in oil as countries pledge to be carbon neutral by 2060. The fund is founded from oil. 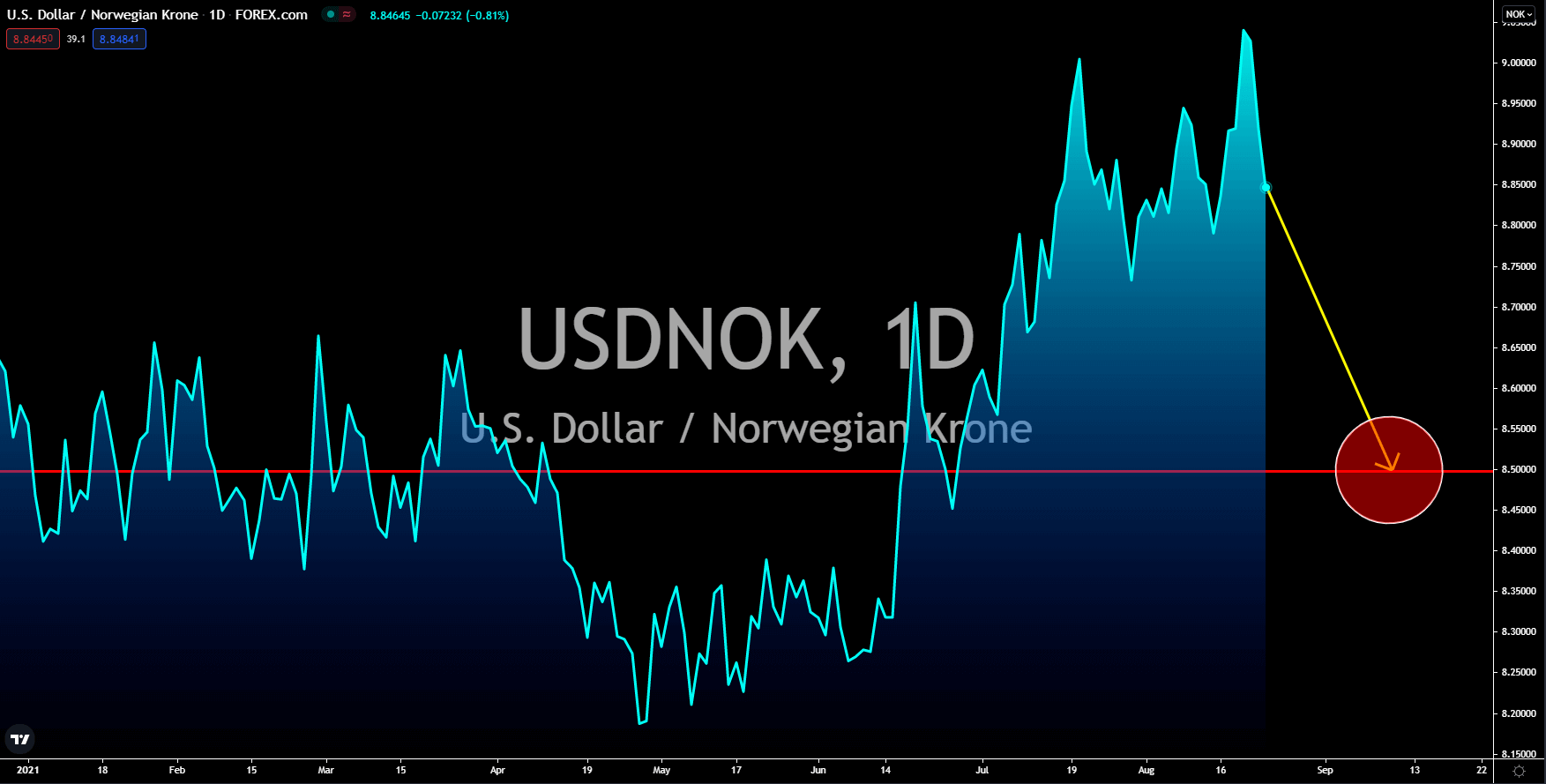 Poland’s July unemployment rate fell to 5.8%, which is the same figure recorded in April 2020. Meanwhile, employment in the private sector advanced by an annualized 1.8% representing 6.362 million Polish citizens. However, the month-on-month figure is flat zero. Analysts expect the interest rate to remain at a record low of 0.10% despite the improved economic data. Despite this, the market is expecting a signal of future monetary tightening to tame inflation. Its fellow V4 members, Czech Republic and Hungary, began to increase the benchmark starting June 2021. In the short term, the M3 money supply was raised by 8.8% in July. This means that there is higher savings and deposit and lower spending, which could ease a price surge. Meanwhile, the year-on-year data for retail sales recorded an 8.9% increase. In other news, the EU might be divided once again with the immigration crisis looming after the Taliban takeover of Afghanistan in August. 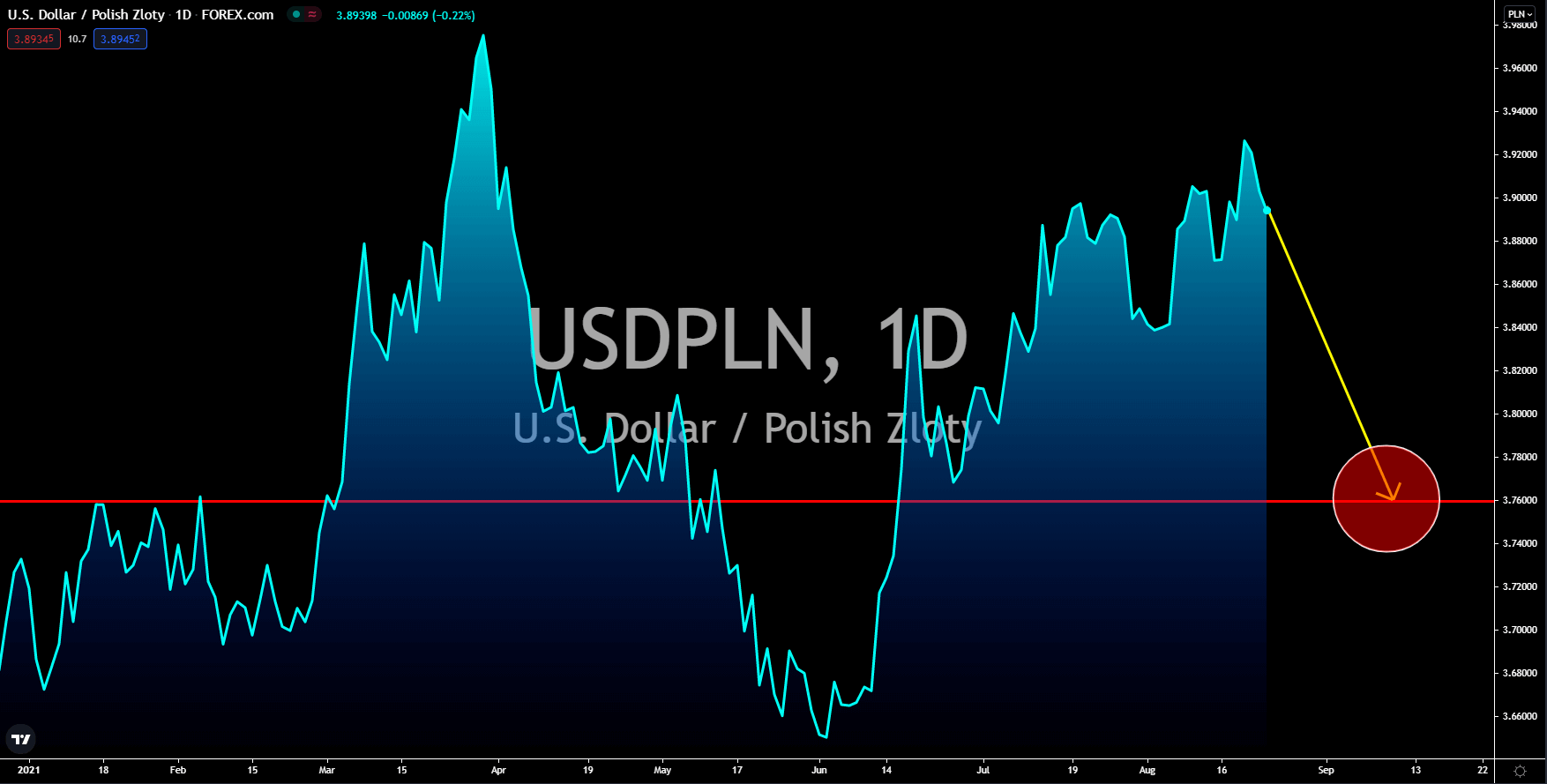 The Bank of Israel kept its interest rate unchanged at 0.10% amidst the resurgence of coronavirus. But analysts expect a start of the tightening cycle soon. The government announced that the booster shot is working against the delta variant. This could suggest continued economic growth for the economy in the third quarter of fiscal 2021. In Q2 2021, the country’s GDP increased by 15.4%. Meanwhile, the inflation is kept in check and still within the 1.0% to 3.0% target by the central bank. To strengthen the shekel, the Bank of Israel plans to increase its foreign currency purchases above the 30.0 billion allotted. Until July, the central bank spent 25.5 billion on the program. As for the economic indicators, the industrial output jumped 4.0%. This is the highest monthly growth since September. In other news, Israel’s Bennett will meet with his US counterpart On Tuesday to rebuild the country’s relations after the previous government’s relation with the US ended in strain. 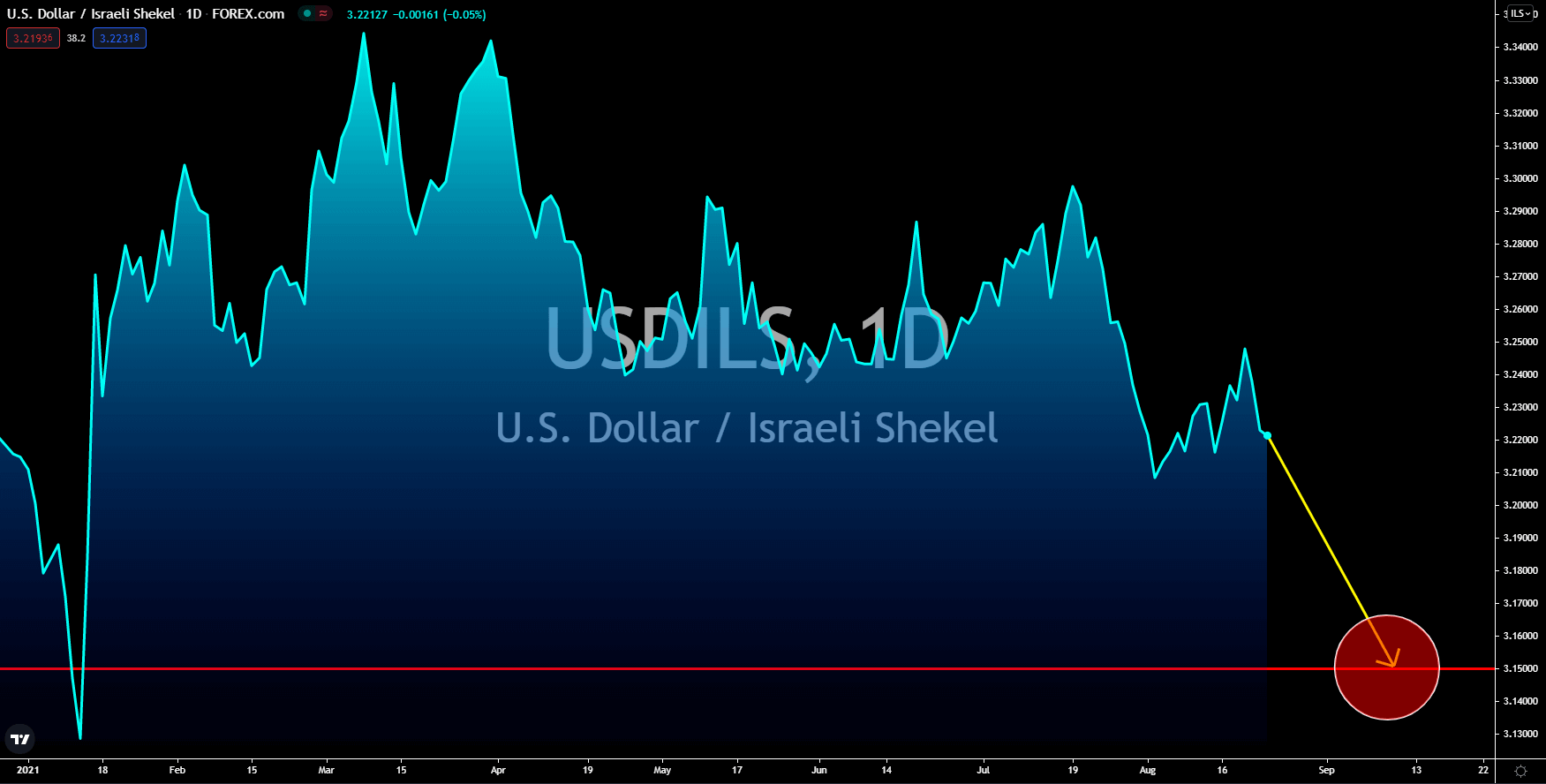 The US dollar will underperform against the Swedish koruna in the coming sessions. Based on August 24’s Purchasing Managers Index (PMI) preliminary report, the American economy has slowed down. The manufacturing sector is at 61.2 points, missing estimates of 62.5 points and 63.4 points record prior. Meanwhile, the Services PMI 4.7 points increased to 55.2 points. In other news, the market is looking forward to the 2021 Jackson Hole Economic Policy Symposium this week. The annual meeting held every August is an invite-only conference attended by central bankers, the government, academes, and financial institutions. This will have a massive impact not just on the US economy but also on the global assets. For the 2021 meeting, analysts expect the topic to revolve around inflation, trade, and employment, with a particular focus on the post-pandemic era. Following the massive run, the US dollar is expected to retreat towards 8.45000. 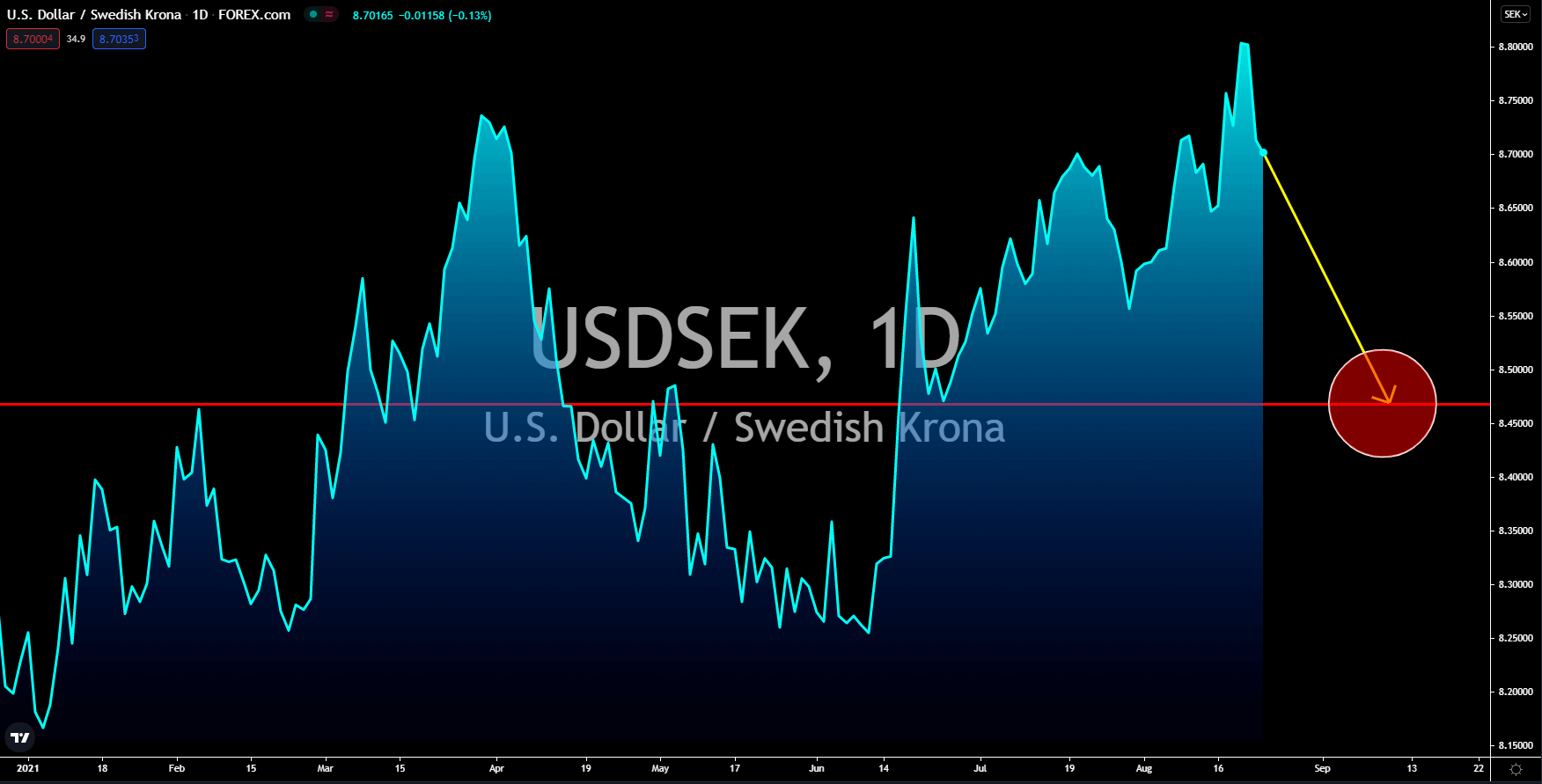