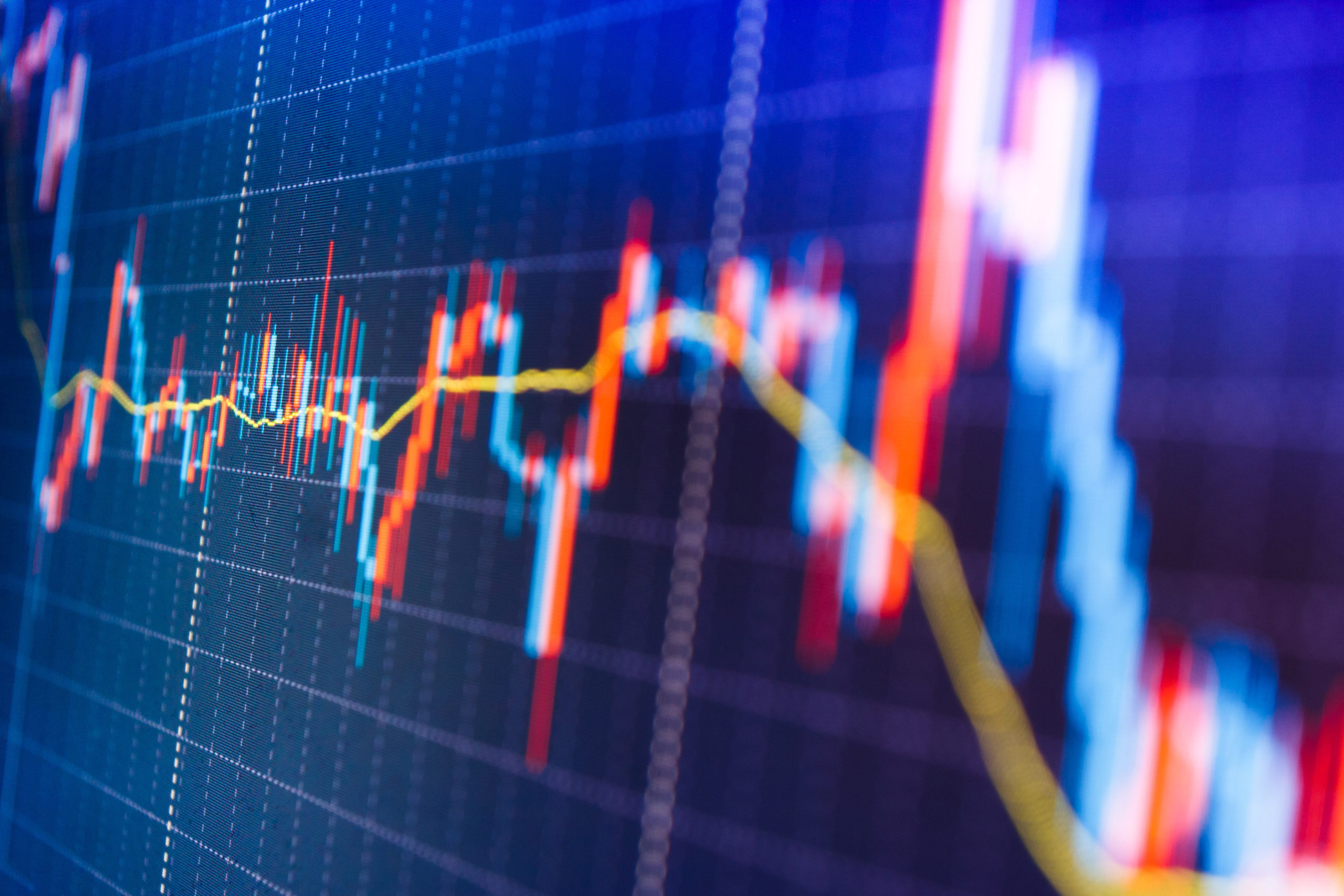 The EURTRY should continue its bullish climb in the coming days as traders brush off the positive results shown by Turkey’s economy. In fact, the two currencies are backed up by contrasting results, the eurozone is pumping out more negative figures than positive and vice versa for the Turkish economy. The main factor that adds up to the upside is the geopolitical tensions faced by Ankara. The Turkish Statistical Institute recently reported that the country’s industrial production climbed up from 4.5% to exactly 10.4% on a year-over-year basis in August. The Turkish industrial production report’s results easily surpassed experts’ expectations of about 3.0% but, unfortunately, it wasn’t much of a help for the lira. Meanwhile, earlier today, the SEW reported that Germany’s economic sentiment dramatically dropped from 77.4% to just 56.1%, falling even lower than the projected 73.0%. Fortunately for the euro, the lira is significantly weaker in the sessions. 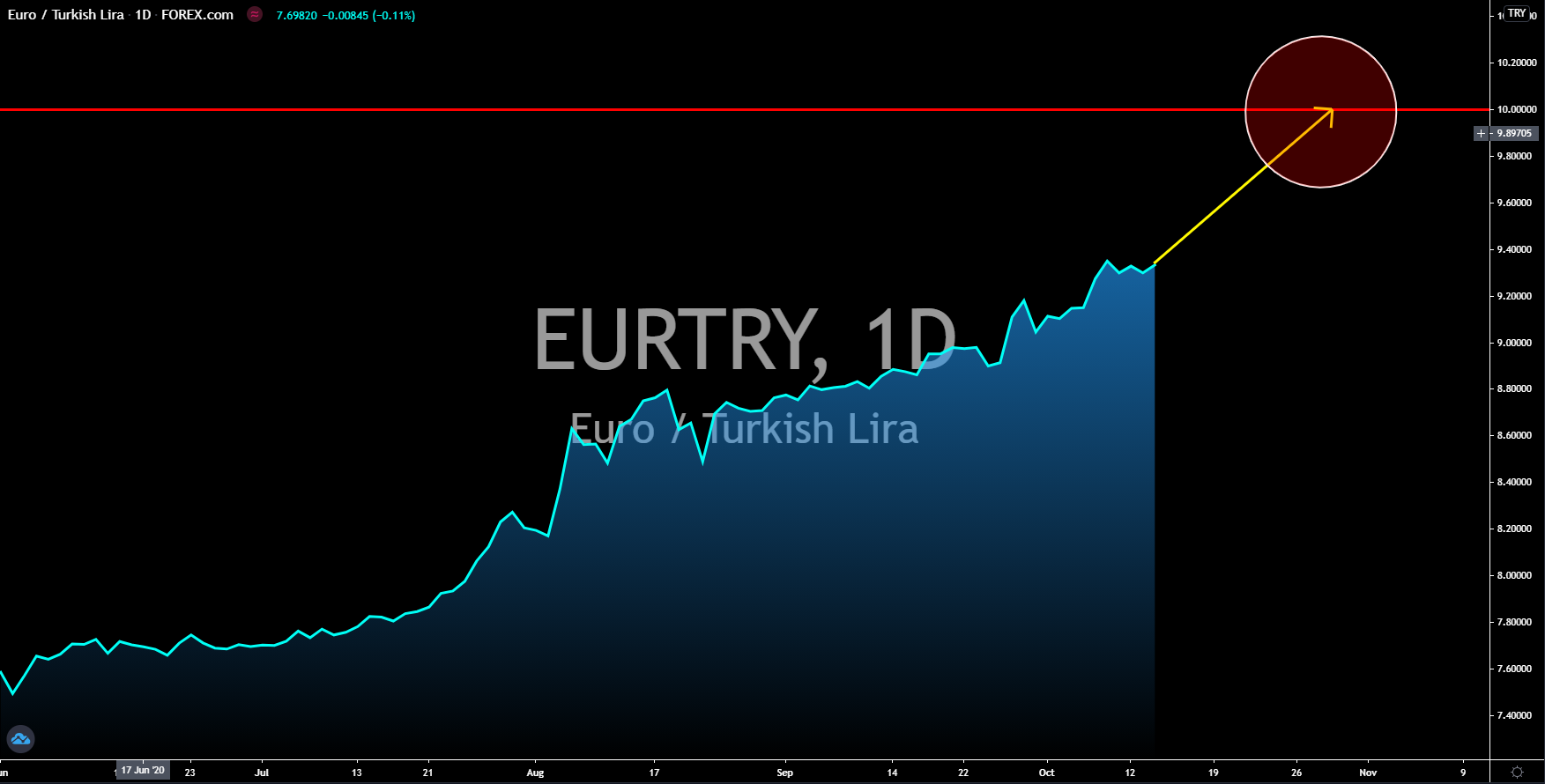 The British pound is met with mixed results from its economic reports earlier this Tuesday. The GBPAUD trading pair will head to its resistance level as Brexit hopes keep the pound sterling afloat. Earlier today, the British Office of National Statistics reported that the United Kingdom’s claimant count change for September dropped down from 73.7K to just 28.0K, surprising the market as it topped the projections of a jump to 78.8K. The claimant count change is a report that measures the number of unemployed people in Britain, and the dramatic drop seen last month should be a great indication that the economy is doing well. On the other hand, the Westpac consumer sentiment report for October came out earlier today and the results will weigh heavily on the Australian dollar.  The October Westpac consumer sentiment unfortunately crashed from 18.0% to about 11.9%, further adding to the negative sentiment towards the Aussie. 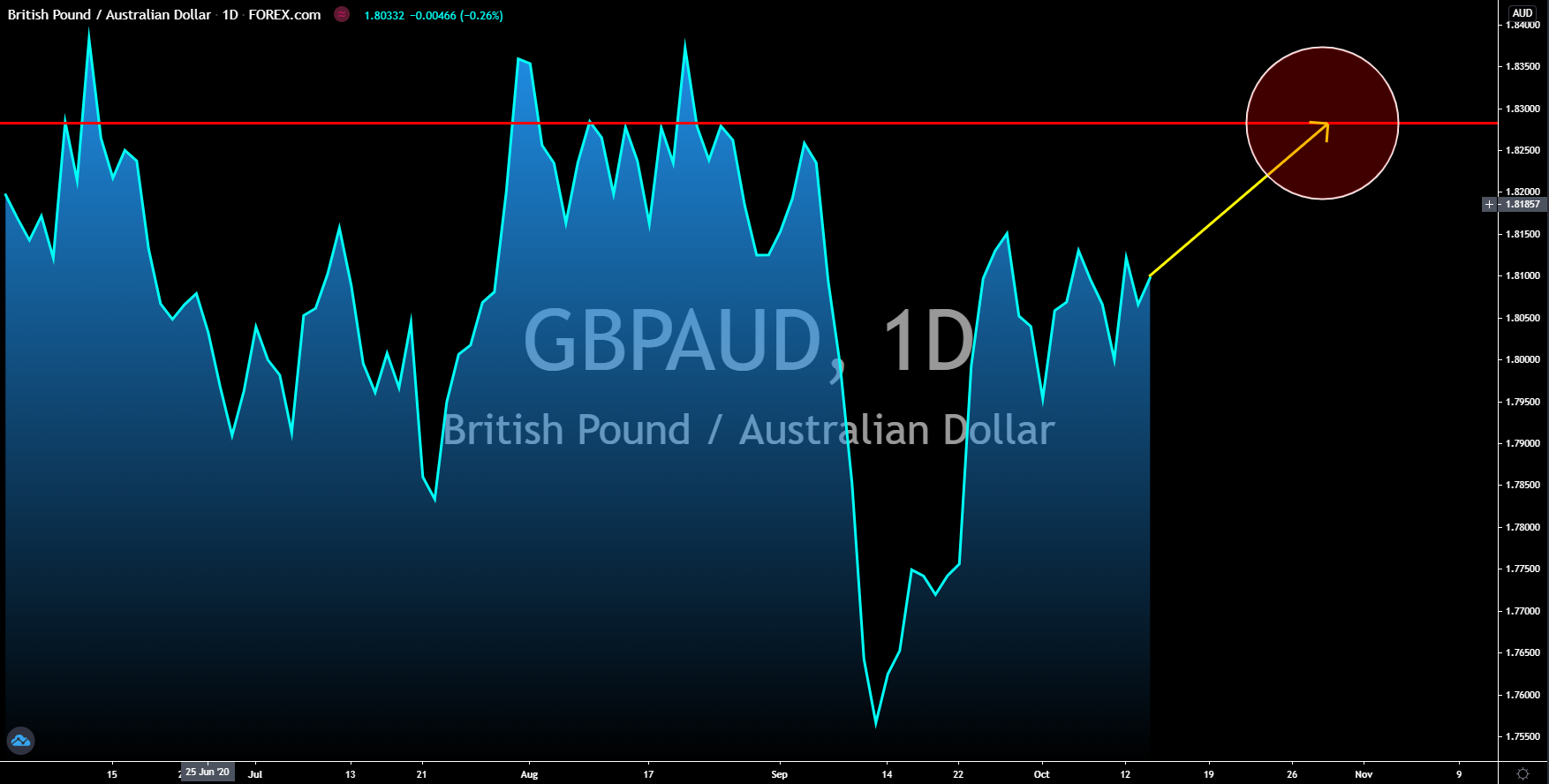 The positive sentiment for Canada’s economy has strengthened the Canadian dollar, and the performance of the stock market and crude oil market also adds to its success. The downside pressure for the GBPCAD pair is strong and prices should soon reach their support level. Late last week, Statistics Canada reported that the country’s employment change for September climbed up from 245.8K to about 378.2K, beating the forecasts of a fall to 156.6K. Investors were surprised and delighted from the news as it suggests that the country’s labor force is finally improving amidst the still-ongoing chaos brought by the pandemic. Aside from that, it was also reported that the unemployment rate for September also went down from 10.2% to just 9.0%. Meanwhile, the positive sentiment from the claimant count change report from the United Kingdom, which showed positive results, failed to improve the sentiment for the GBPCAD exchange rate. 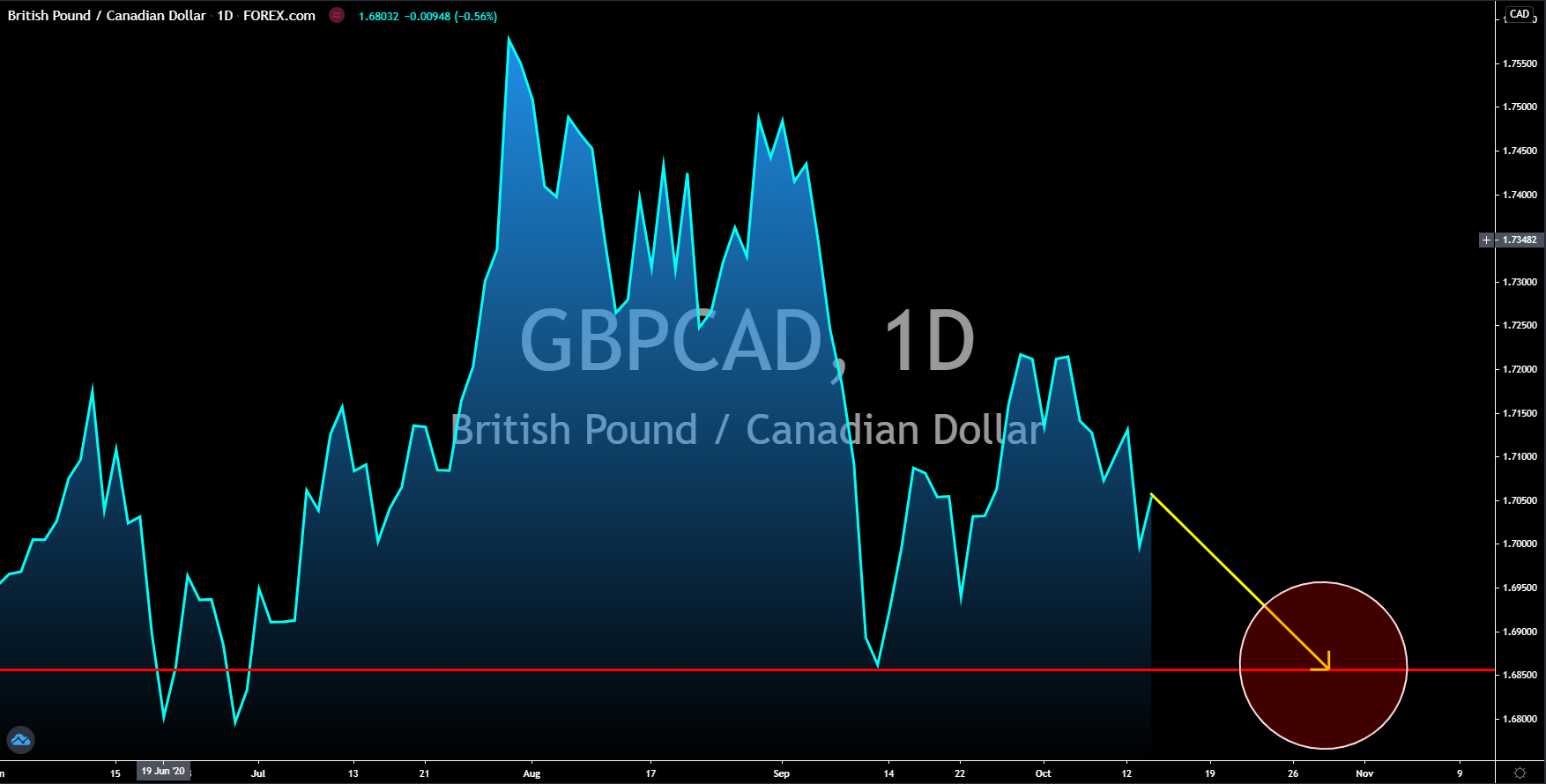 The US dollar to Danish krone trading pair will go climb up to its resistance level in the coming sessions despite the positive sentiment for the Danish economy. See, earlier this week, Statistics Denmark reported that the September consumer price index went up from 0.5% to about 0.6% on a year-over-year basis. On the other hand, the US economy has recorded negative results from its recent economic reports. The US Bureau of Labor Statistics reported that the September core consumer price index slipped from 0.4% to about 0.2% on a month-over-month, meeting experts’ projections prior. While the year-over-year US core consumer price index remained at 1.7%, disappointing analysts who initially forecasted to climb to 1.8%. It could be argued that the main factor that pushes the USDDKK could surge is the safe-haven appeal of the greenback that is currently shining brighter as investors wait for the upcoming US presidential elections. 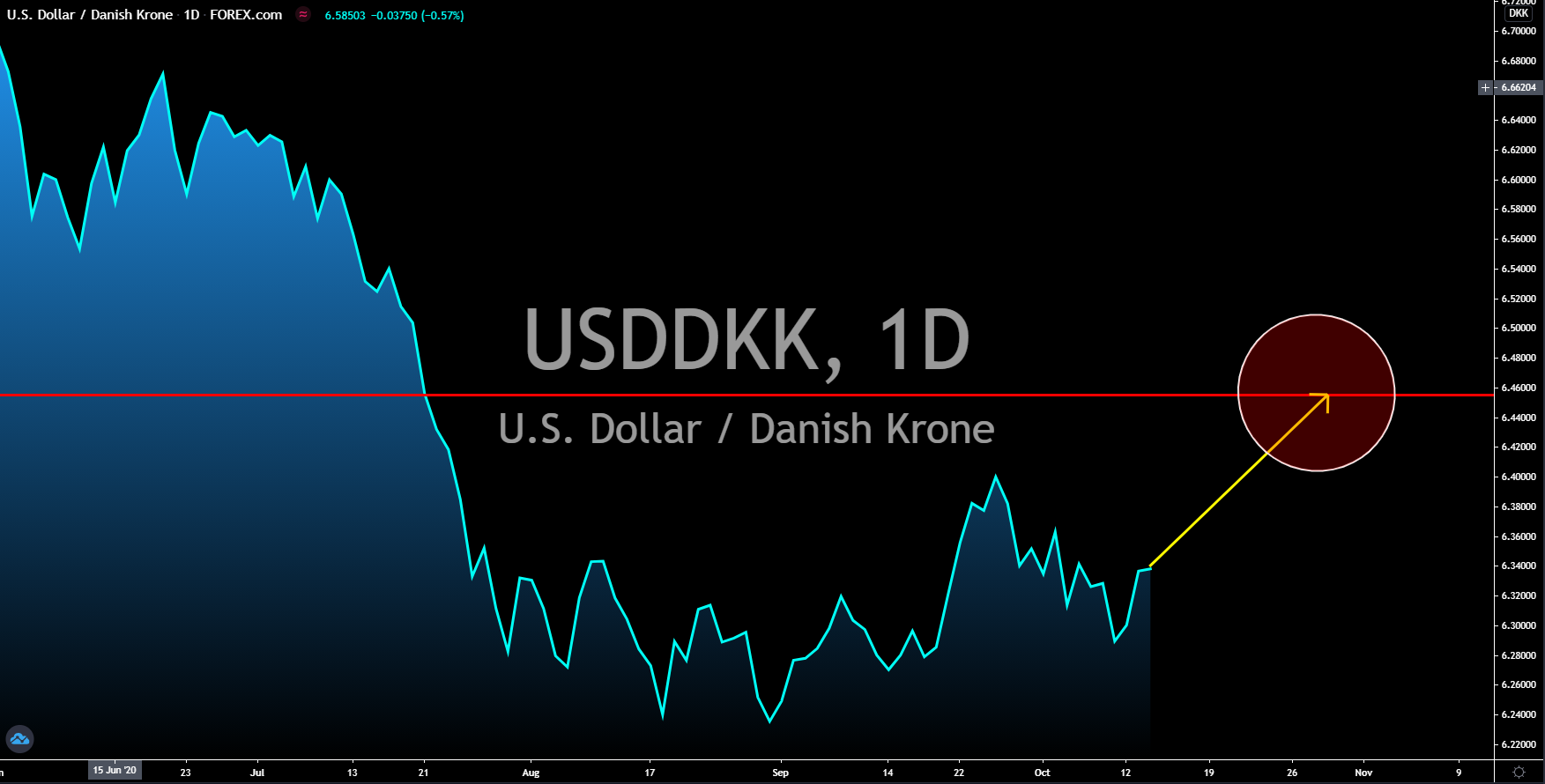