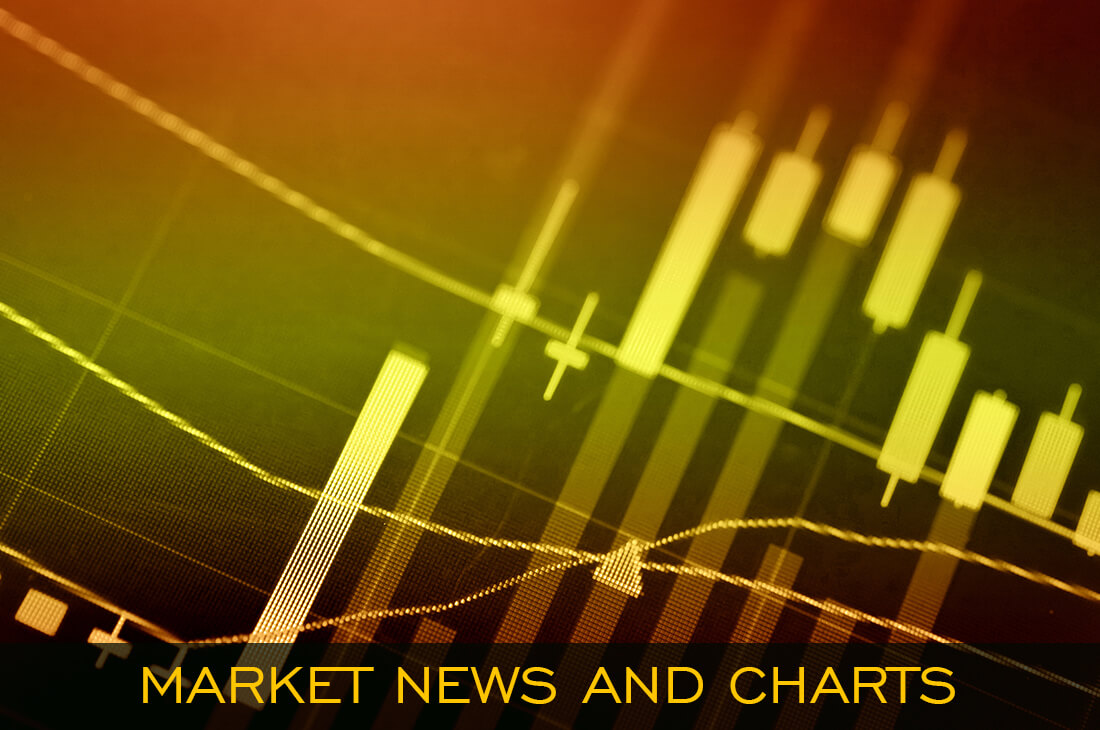 The New Zealand to Great British pound pair has been going up in the last four months, consistently breaching its resistance levels and last week reached 0.524 points, a mark it had not hit since August of last year. After a small dip that is very much within the pattern of the pair, it is rebounding again and is expected to reach an even higher resistance level. This is due to the news surrounding EU officials in London this week and their talks with the Prime Minister concerning the possibility of a no deal Brexit. 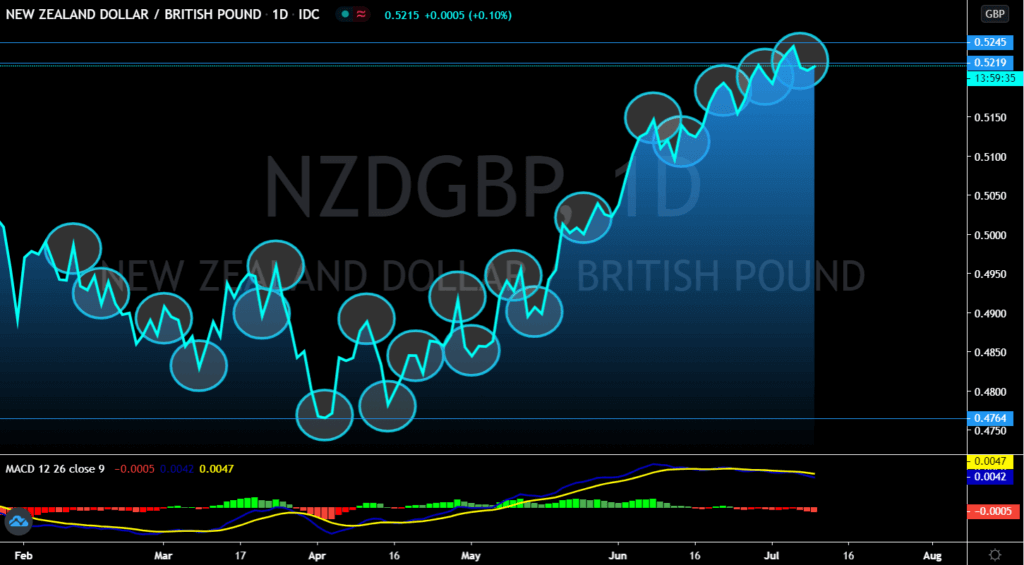 The New Zealand dollar to Euro pair has breached its resistance level set at the beginning of June and is projected to stay its course. This is to be expected as the Pandemic keeps causing havoc on the international markets, at least in most places including Europe, however New Zealand have displayed their ability to deal with Covid-19 and have reassured bullish traders in the strength of their currency. The Euro on the other hand has not been so reassuring, since many of the countries within the EU have failed to keep the pandemic under control. 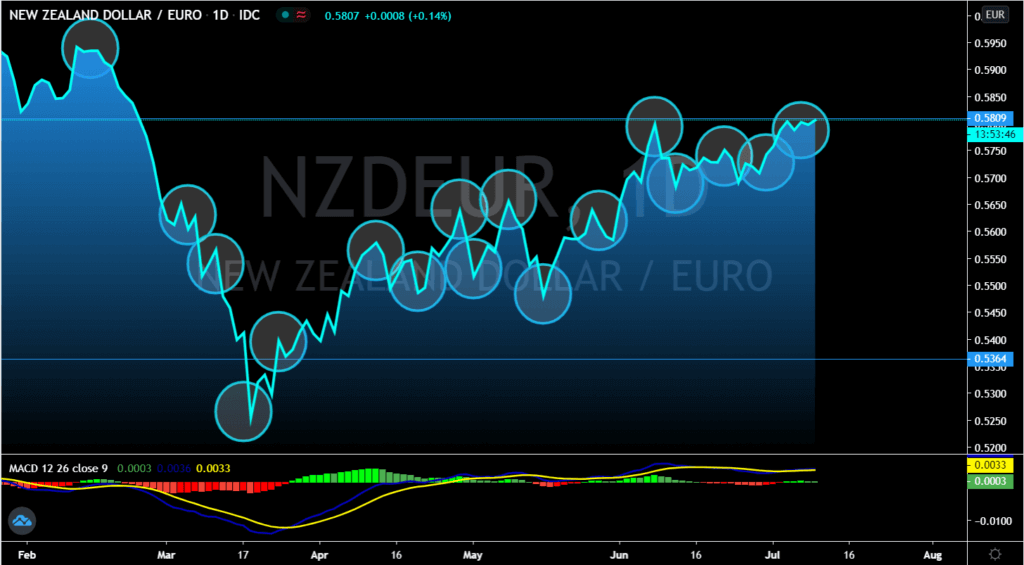 The strength of the greenback has been compromised as of late, with a number of factors contributing to this. major reasons being firstly, the halt in trade between China and the United States, which has been significantly effecting the market as the two superpowers seem to not be able to resolve their trade dispute. Secondly and more recently, travelers from the United States have been banned from entering most countries in Europe and many in Asia. this has greatly affected the USD and the New Zealand to USD pair has reflected as much by rising to 0.658 for the first time this year and its trajectory is showing only upward motion in the near future. 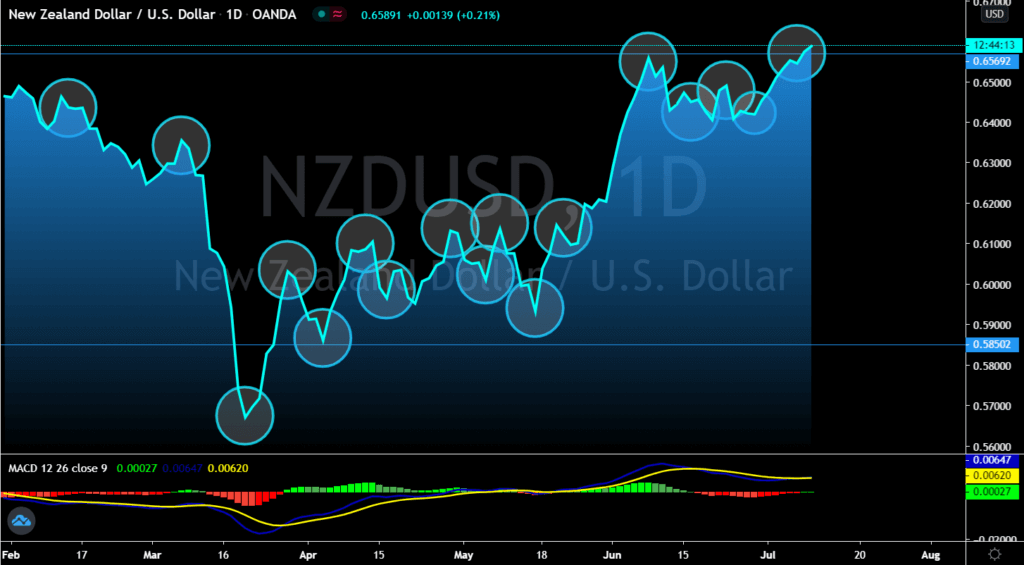