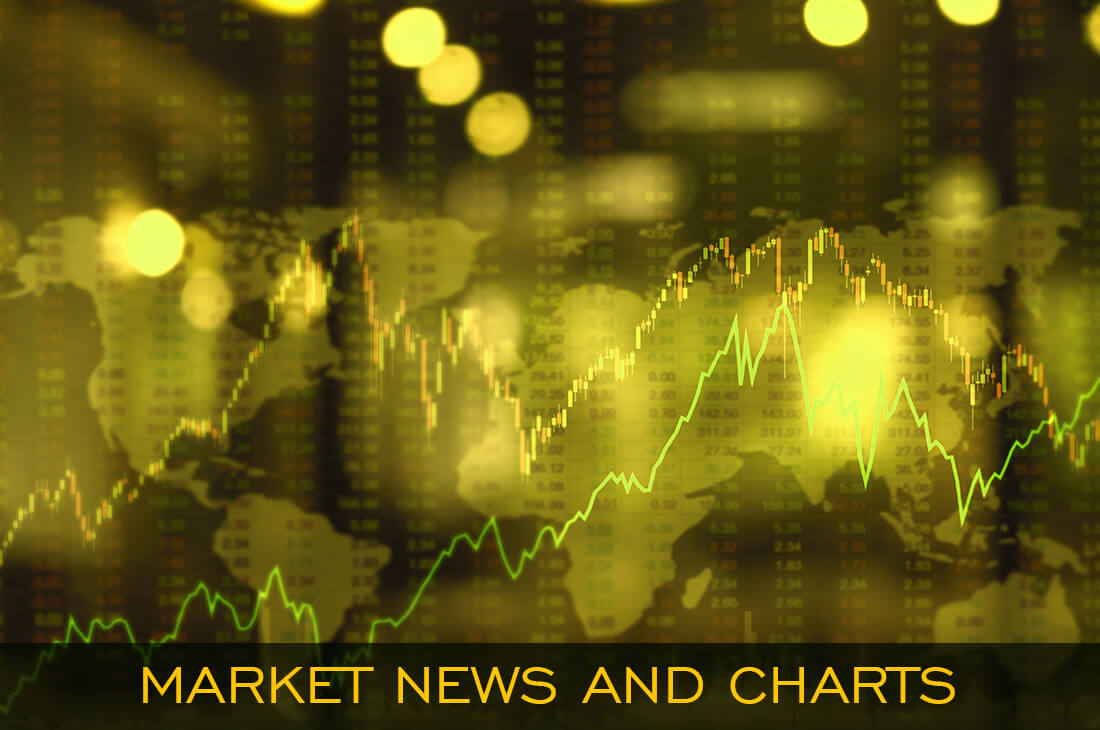 The Euro to US dollar pair has been on an upward trend pretty regularly since the beginning of June, taking a few setbacks but rebounding every time and in doing so breaching its support levels. This week however the pair has reached the highest point since March and is trading sideways at the moment but, seems to be poising for another upward trend. This is due to the much-improved confidence in the Euro after the agreement on a recovery fund by EU officials at the G-20 summit. And by all expectations, bullish investors will enjoy a quite a stretch of opportunities to capitalize on this. 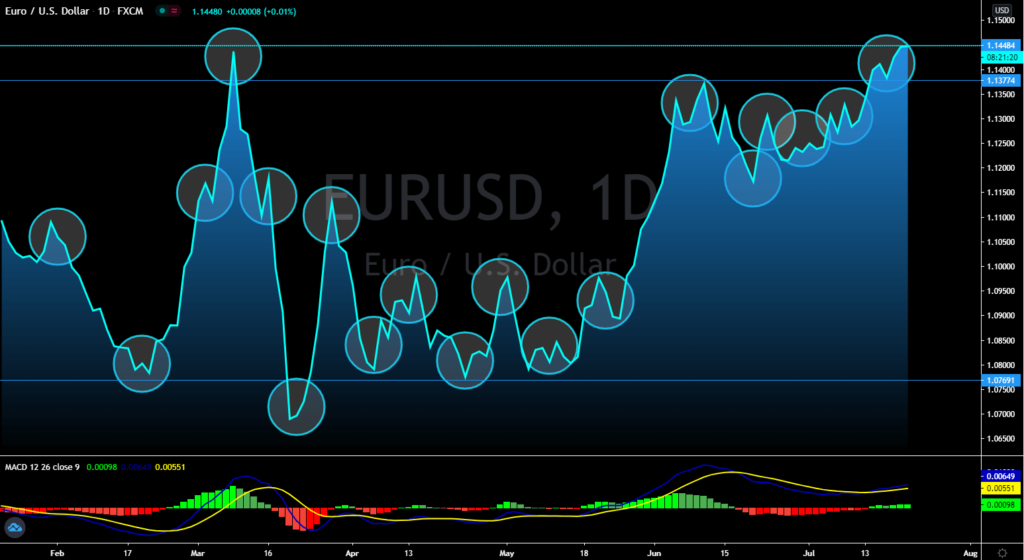 Despite the news from the G-20 Summit, the confidence in the Euro seems to have dissipated, at least against the British pound. Even though the EU nations have agreed to a historic 750 billion Euro stimulus package, most of this fund will be aimed at the poorest countries, as well as those that were hit the worst. Due to this, investors are not seeing much gain in support of the shared currency itself and the Euro to British pound pair reached its lowest point in two weeks as of today. That said, the overall trend of the currency exchange has still not fallen as low as the figures we had in April and May and it is expected to rebound by the end of the week. 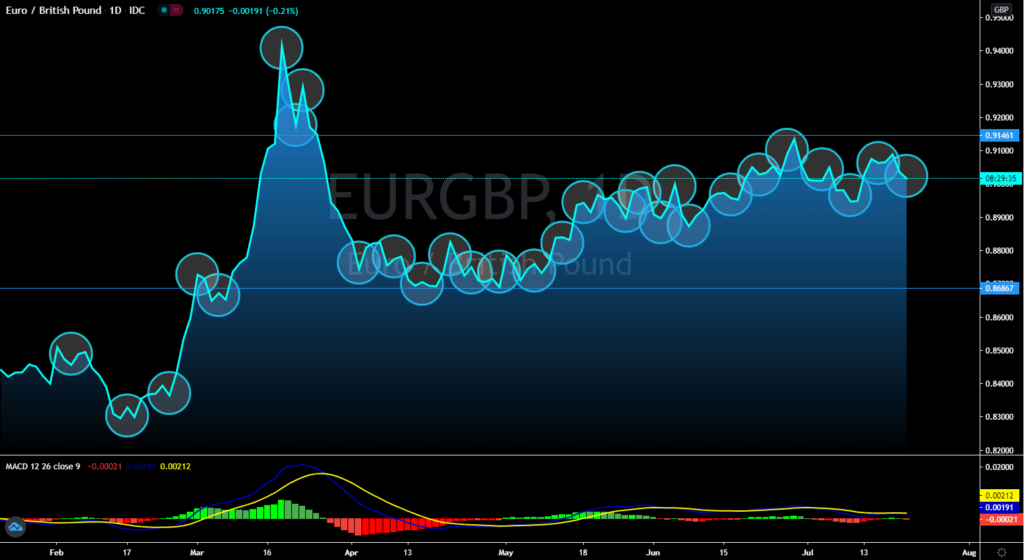 Last week, Reserve Bank of Australia Governor Philip Lowe advised the government to take on more loans in order to boost public spending. This helped keep the labor market going. In addition to this, Scott Morison announced an additional $11.8 billion will be spent to prolong wage subsidies for businesses suffering from the effects of the pandemic. This week as the Euro struggles to hold on to its initial boost in confidence, the Australian dollar is driving the pair down in a sharp drop over the two days. It seams that by tomorrow the pair will have reached its support level where bears will have an opportunity to drive it to an all year low mark. 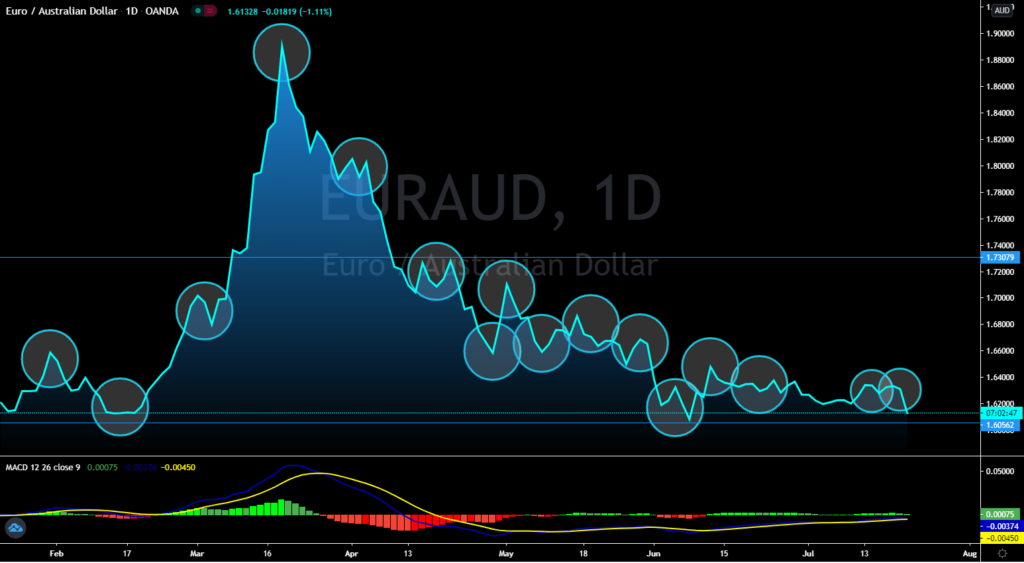 After the significant downshift last month (June 15-19), the Euro to Japanese Yen pair has been gradually gaining and reached a 43-day high yesterday at 122.74 as uncertainty surrounded the European market for months. However, today it seems that the momentum has lost some of its steam again and the pair is going down in point, with expectations firmly hinting at a weeklong downward trajectory. This though seems to be within the pattern for the pair and bulls are confident that they will sooner rather than later get the chance to push past this resistance as well and possibly reach the high point of 123 they had managed to get to in the beginning of June, before the pair started to decline. 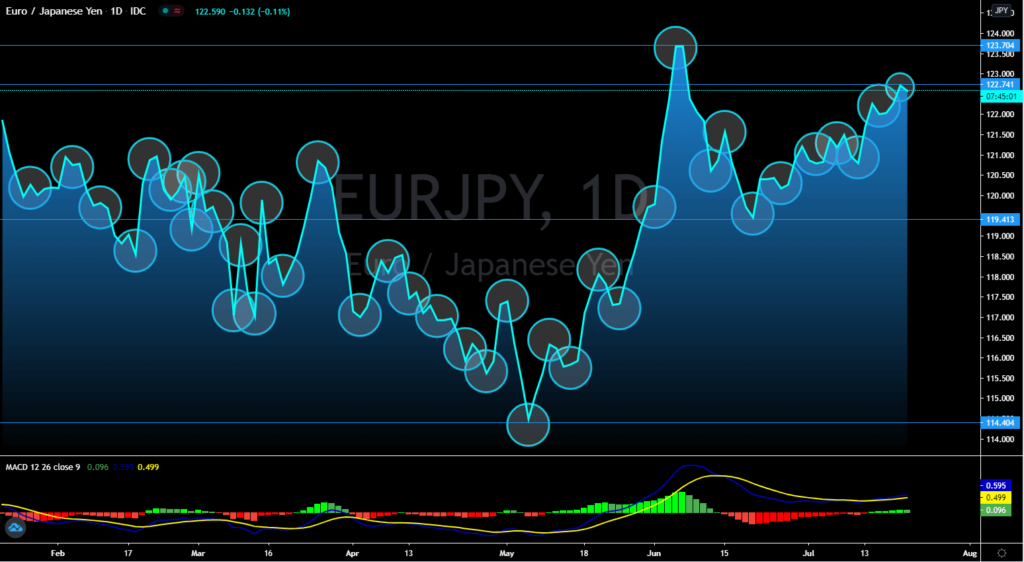