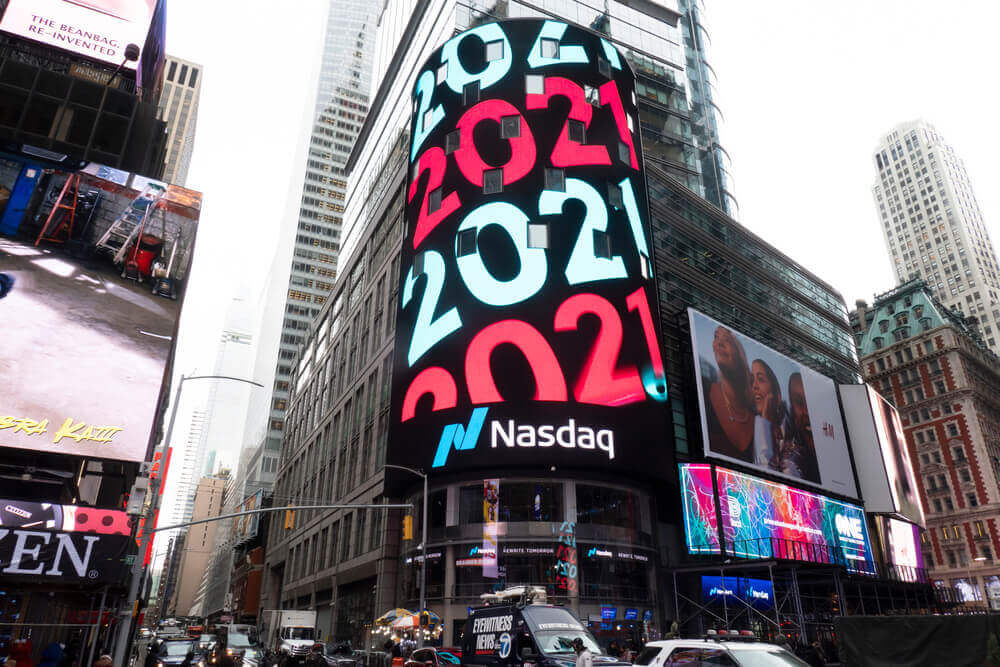 The Nasdaq and S&P 500 supplemented modest gains on Thursday with investors hoping for more fiscal stimulus. However, a statement from U.S. President Joe Biden said China was poised to “eat our lunch.” This served as a warning that tempered enthusiasm for a market near record highs.

Nasdaq’s Nvidia Corp and Intel Corp rose 3.2% and 3.1%, respectively. This makes technology the leading sector to gain on the S&P 500 and Nasdaq. Falling shares outnumbered the rising ones on the Nasdaq and New York Stock Exchange.

In a meeting, Biden urged a group of U.S. senators to examine and discuss the need to upgrade U.S. infrastructure. Moreover, that the United States must raise its game in the face of the challenge from China.

Headwinds for investors could be on the rise. This is with the warning about China and Democrat plans to include raising the minimum wage to $15 in the stimulus package. This was according to Ed Moya, senior market analyst at OANDA in New York.

Moya said that markets are starting to get a little bit nervous over the West and China relations.

He further said that Biden’s first call late Wednesday with China’s President Xi Jinping “resurfaced all of the difficulties.” These are the difficulties that they’re going to face this year, in addition to the pandemic.

The Democrats disagree on where they stand on the minimum wage, which is dragging out stimulus talks.

The credit card company, Mastercard, gained 2.6% after saying it was planning to support some cryptocurrencies on its network this year. It’s joining a string of big-ticket firms that have pledged similar support.

Bank of New York Mellon added 0.9% after saying it had formed a new unit. This is to help clients hold, transfer and issue digital assets. For this, Bitcoin drifted to an all-time high of $48,696.

Moreover, analysts now expect Q4 earnings for S&P 500 firms to grow 3%. This is against a 10.3% decline forecast at the beginning of January. Stocks are trading with high multiples, raising worries that the market is overvalued.