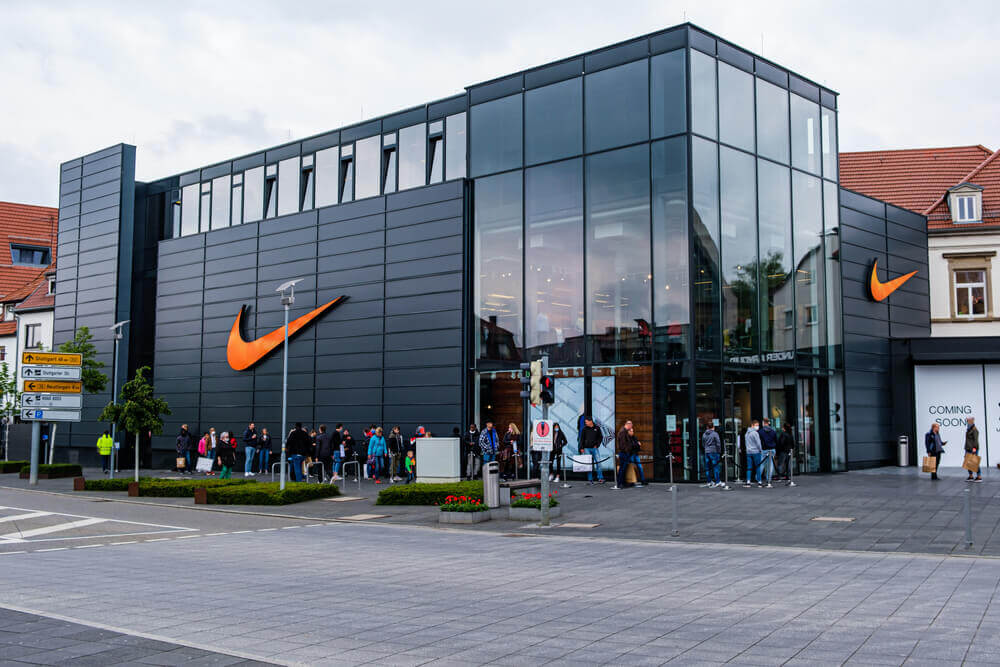 Shares of Nike Inc. edged down in Tuesday’s pre-market trading after the company delivered a disappointing outlook.

Nike anticipated first-quarter revenue below estimates as it expects to wrestle with pandemic-related disruptions in China, its most profitable market. Specifically, it projected Q1 sales to be flat to slightly up, lower than the consensus of a 5.10% increase.

The business also explained that its gross margins would be under pressure this year due to higher freight and product costs. Moreover, the footwear firm would discount more to sell seasonal inventories that arrived late due to supply snarls.

Nike’s inventories grew 23.00% to $8.40 billion at the end of May. Accordingly, more of its products remain in transit due to supply disruptions.

Nevertheless, the company remained optimistic as it entered the new fiscal year. It emphasized that the production has surpassed pre-pandemic levels and inventory flows again into its largest geographies.

Meanwhile, Nike’s upbeat fiscal fourth-quarter earnings capped some of the downsides for the stock.

The company reported a net income for the three-month period of $0.90 per share, surpassing the anticipated $0.81. They also came in higher than the $0.93 apiece from the same period last year.

Similarly, the company reported a revenue of $12.23 billion, well above the $12.06 billion expected. However, the result declined from the precursory data of $12.34 billion in 2021.

Still, the better-than-expected earnings benefitted from Nike’s strategy shift. The firm sells more merchandise directly to shoppers and trims back the amount sold by wholesale partners.

Furthermore, the apparel maker said its board authorized a new four-year, $18.00 billion stock buyback program this month. This step would replace the business’s $15.00 billion share repurchase scheme, ending in the coming fiscal year.