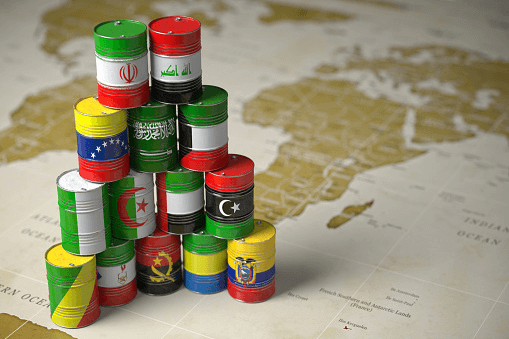 There were no lengthy conversations at Wednesday’s meeting about member nations of the producer group failing to strike their production targets or almost one of the busiest months on the geopolitical front in years, featuring:

They instead decided to complete their regular monthly meeting in record time, bypassing any thorny discussions. OPEC+ decided to slightly increase for March, increasing the collective oil production target by 400,000 barrels per day (BPD).

Brent crude prices crashed a seven-year high of $91.70 a barrel on Jan 28. It is currently trading at approximately $90.

Several OPEC+ delegates expressed that the latest leg of oil’s rally resulted from anxiety over the potential for supply disruption because of conflict rather than a problem with undersupply.

After August, the group made the same monthly adjustment to targets. It slowly developed record cuts made at the height of the epidemic when fuel demand declined worldwide.

OPEC+ has fallen well short of meeting the rising target and improving fuel demand. This resulted from several members failing to make needed investments to maintain oilfields during the epidemic.

As well as the international crisis over Ukraine, the tension this month also originated on the Arabian Peninsula. Yemen’s Iran-aligned Houthis have launched drones and missiles to strike the United Arab Emirates to escalate a confrontation with a military coalition by Saudi Arabia.

When asked about the main driver behind the decision, another OPEC+ delegate stated that this decision serves everyone who can improve their supply and those who cannot.

OPEC+ data indicates that in 2021 the group produced on average above 800,000 BPD under its production targets as some, predominantly Western African, producers floundered with underinvestment.