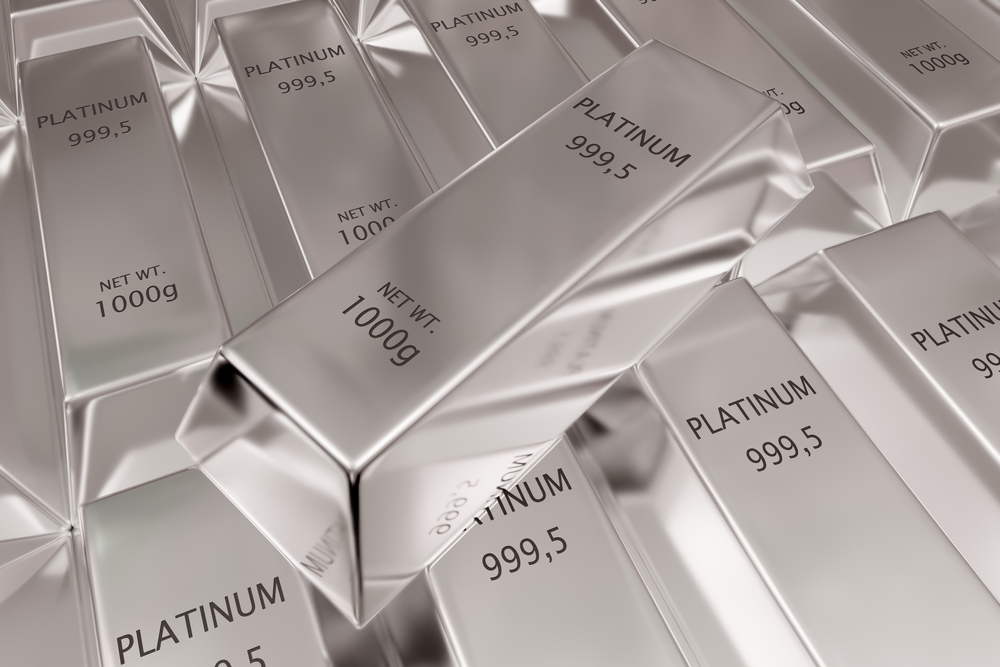 Global platinum production suffered from the pandemic, which mainly affected its primary global producer, South Africa. Last year, the total supply of the metal fell 17% compared to the 2019 figure. However, this year, it is estimated that the figure will grow again by 17%, spurred by demand from the automotive sector.

2020 was not a good year for the platinum market. The World Platinum Investment Council released the figures in its latest Platinum Quarterly report for the fourth quarter and full year of 2020 show.

This supply was meager to meet the growing demand, so the platinum market deficit was 29 tons, the highest ever.

An increase in demand should come at 3% for 2021. At the end of this year, there is a forecast of a deficit in the market.

Platinum Will Have Increased Demand from The Industrial Sector

One of the platinum market sectors that stood out the most during 2020 was physical investment. The demand for platinum bars and coins was 586,000 ounces (18.22 mt), 107% more than the previous year.

The World Platinum Investment Council estimates that by 2021, the demand will stabilize at around 496,000 ounces (15.4 Mt). The WPIC believes automotive, and in general, industrial sectors will have increased demand for the metal.

North America is the fourth of the leading world producers of platinum and extracted 10.4 tons last year. It was 5% less than the previous year. This year, it is estimated that its production will increase by 11%, to 11.6 tons.

According to Paul Wilson, CEO of the World Platinum Investment Council, the annual deficit and demand for platinum investment have reached record levels in 2020. It stressed the metal’s attractiveness as a haven during periods of high global risk. Its popularity resulted from its prices significantly cheap compared to gold and palladium. Besides, the metal has considerable potential for growth in demand both in the short and long term, Wilson added.