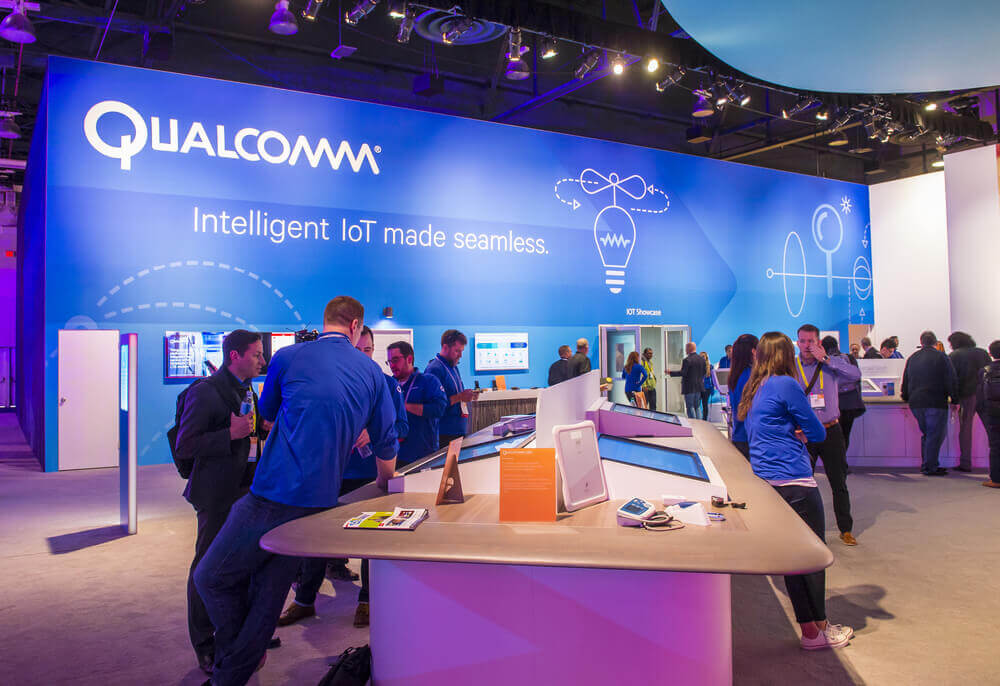 In the latest quarterly report, the adjusted earnings of Qualcomm rose 76.00% year-over-year to $2.55 per share, better than the anticipated $2.26.

Despite the global chip shortage, the segment attributed a significant gain amid the strong demand for smartphones chips and handsets.

Remarkably, Qualcomm weathered the persisting worldwide shortage with its diversification efforts. Its approach of using multiple chip factories resulted in a secure pipeline of chip supply.

In addition, its IoT section, a manufacturer of low-power chips and part of QCT, increased 66.00% to $1.50 billion.

At the same time, RF front-end chips, which are utilized in connecting to 5G networks, strengthened 45.00% to $1.24 billion.

Then, its handset business, the unit with the second-strongest growth next to QCT, reported $4.69 billion in sales.

Moreover, its promising technology licensing division QTL inched up 3.00% to $1.55 billion in sales.

It remains the company’s smallest product section for chips even though it had several partnerships with automakers such as General Motors.

Also, Qualcomm mentioned that it repurchased $1.54 billion of its shares and settled $768.00 million in dividends.

How Does Qualcomm Manage the Global Chip Crunch?

Correspondingly, it worked to diversify its chip manufacturing partners, known better as foundries.

The strategy uses both Samsung Electronics and Taiwan Semiconductor Manufacturing to produce dueling versions of its cutting-edge chips.

For older technologies, it coincides with a network of providers, including TSMC, United Microelectronics, and China’s Semiconductor Manufacturing.

In addition, it also benefited from the exit of Huawei Technologies in the smartphone market.

In line with this, Qualcomm forecasted its earnings to increase between $2.90 and $3.10 per share for the current quarter.

Accordingly, this adjusted guidance beat the analysts’ estimate of $2.59 per share as it hint at the easing of the global chip shortage.