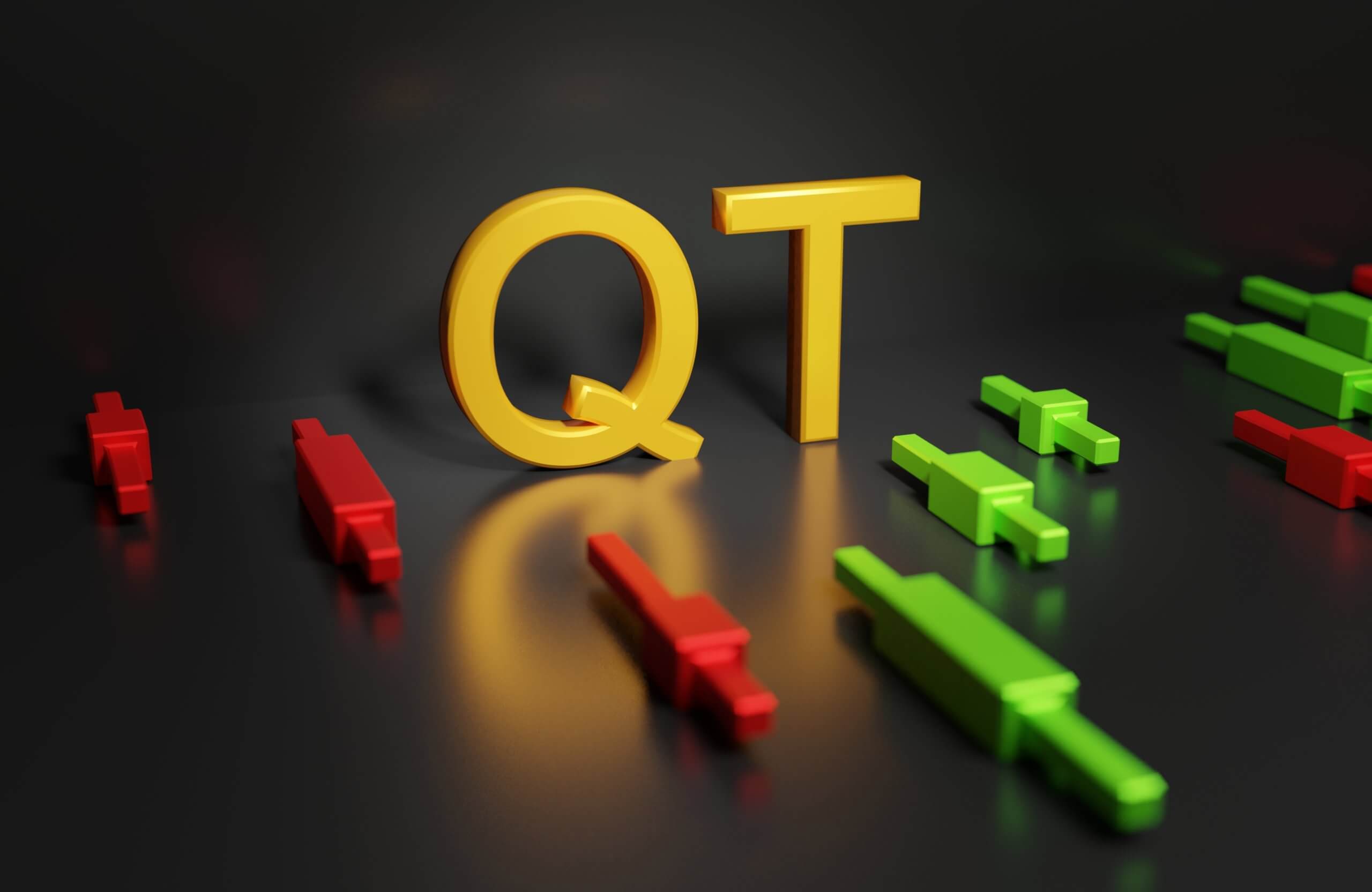 The 2007-2009 Great Recession saw US economic activity cooling down at a point that it called for some performance boost.

Fast forward to present times, and the world’s largest economy has received a considerable amount of drive that it is now at risk of overheating and needs to slow down.

With quantitative easing, a central bank tries to cut down long-term rates to improve corporate activity with the help of lower lending rates and more liquidity. On the other hand, quantitative tightening does the opposite.

If you’ve noticed that mortgage rates have been higher and the stock market is in turmoil, it’s primarily because the central bank, such as the Fed, decided to initiate a quantitative tightening program.

Central banks are tasked to ensure that prices remain steady and employment is at max levels. With the US seeing inflation at its highest in 40 years, the Fed needs to bring the price surge back to its 2% target and slow down the economy’s growth.

Many developed countries and their central banks have their inflation target set at a moderate percentage of 2%, as the steady rise in the overall price level is essential to a stable expansion of an economy.

With inflation at a record high and the economy rapidly expanding, the US central bank has so far increased the federal funds rate four times this year.

The Fed also plans to shrink its balance sheet so it can potentially push longer-term bond yields higher. That balance sheet reduction lowers the amount of money circulating in the economy, i.e., quantitative tightening.

Quantitative tightening is intended to achieve three things in general. Lessen the supply of money in circulation, drive borrowing costs along with the higher key interest rate, and ease the economy’s way too fast growth.

Central banks can execute quantitative tightening by selling bonds in the secondary treasury market, or when the amount of bonds increases considerably, the interest rate yield that captures buyers’ interests usually climbs.

As a result, spending goes down, and economic activity loses some of its momentum, which should theoretically pull asset prices down. Moreover, selling bonds diminishes liquidity, prompting businesses and consumers to be more mindful of how they spend their money.

While tapering is associated with quantitative tightening, tapering doesn’t refer to the policy or process itself.

To be clear, tapering refers to the transition period between quantitative easing and quantitative tightening. In tapering, massive asset purchases are wound down or tapered before stopping completely.

Tapering is a process that involves reducing reinvestments before it eventually stops. It describes the practice of central banks gradually cutting back the number of additional assets they buy.

The Risk of Quantitative Tightening

If a central bank decides to implement its quantitative tightening policy, it needs to make sure that it can pull money out of the financial system without catching the markets off guard.

Therefore, central banks that initiate such a method run the risk of reducing liquidity or money supply faster than anticipated that it puts the markets on shaky grounds, taking bond and stock prices on a volatile path.

For example, treasury yields in 2013 rose significantly and led bond prices to decline after Ben Bernanke, the Fed Chair at that time, said there was a chance for the central bank to ease its future asset purchases.

What happened at that time is known as a taper tantrum—an event that may occur during quantitative tightening.

Taking the Fed’s situation as an example, the US central bank currently aims to cut down its balance sheet by about $90 billion every month. With regards to how long they plan to do this, it is still unclear.

The Fed’s balance sheet may reach 34% of the US’s gross domestic product (GDP) at the end of 2022, which is lower than the 37% it wound up with in the previous year.

The central bank is predicted to hike the benchmark interest rate this year by 0.75 percentage points in September, 0.50 points in November, and 0.25 points in December. Many investors expect the Fed will increase rates by 0.50 points next month.

If the Fed managed to get inflation under control without going through a recession, its balance sheet might be able to fall by nearly $2.5 trillion over the next three years.

While the Fed may have a solid plan on its hands, it could still face some obstacles that would either delay or make it ineffective.

Should a complete recession occurs in 2023, the Fed may need to lower interest rates by one percentage point this year. Such a situation could encourage the central bank to execute quantitative easing since inflation would have been near its 2% target.

Cutting the rates would prompt the Fed to put the tightening policy on hold.

Still, keep in mind that the Fed is dealing with a situation they’re not a hundred percent familiar with. Therefore, you should have yourself ready to cope with the extended volatility that has since been observed this year.

Following its target miss in 2021, the Fed is keen on driving inflation down to its 2% target during the next few years.

Businesses, unfortunately, cannot thrive with cost-friendly money. That is why market players and savers should expect challenging times ahead, and less momentum in employment as companies try to reduce costs.

If you plan to buy a house, work on building a good credit score and saving for a down payment.