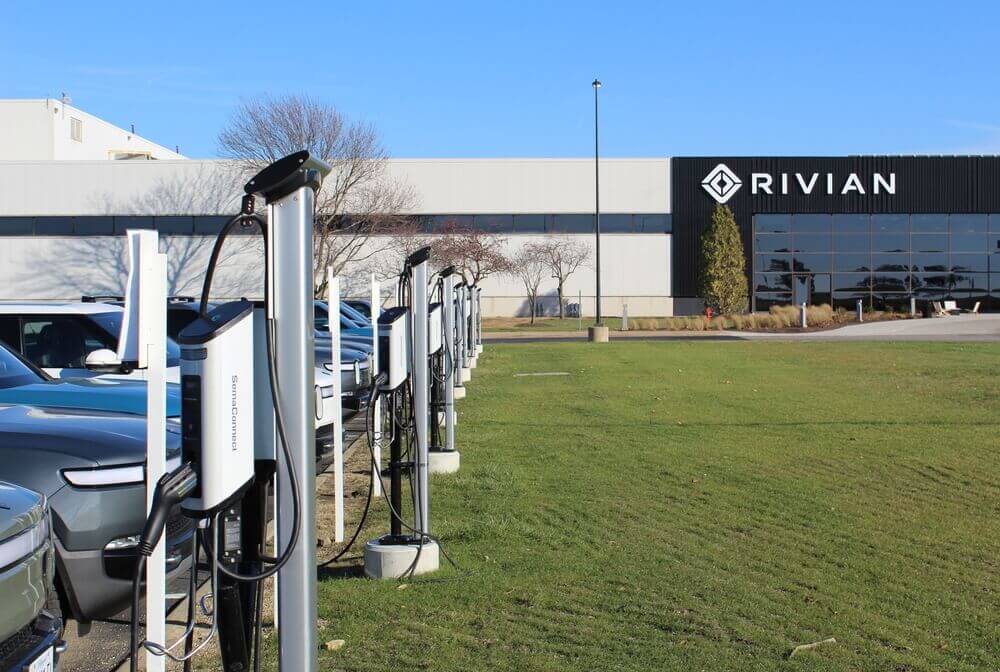 Shares of Rivian Automotive, Inc. slumped on the after-hours trading after cutting its electric vehicle production expectations for the year.

Rivian forecasted a drop of a few hundred vehicles from its 2021 production target of 1,200 cars.

In line with this, the firm explained that it currently faced supply chain bottlenecks and conflicts in ramping up production of complex batteries.

Additionally, it estimated that the production of new orders would pause until 2023 due to production constraints.

This announcement came along with Rivian’s first quarterly report as a public company.

In its third-quarter shareholder letter, the automaker noted a surge in the reservations for its electric R1T pickup and R1S SUV.

In addition, Rivian has produced 652 R1T and R1S vehicles and delivered 386.

Earlier this week, it marked a milestone as it produced and sold its first two R1S, a three-row seven-passenger SUV.

Still, Rivian aims to ramp up the production of the three vehicles simultaneously.

Amazon is the largest stakeholder in the EV maker as it holds 20.00% of the company. The e-commerce giant pre-ordered 100,000 electric vans, expecting delivery by 2025.

In Rivian’s financial results ended September 30, it generated a revenue of $1.00 million, matching the market estimate.

However, it reported a loss of $12.21 per share, significantly higher than the expected $5.52.

Rivian also announced that it would have a new battery and assembly plant in East Atlanta, Georgia.

The firm expects the factory to facilitate the production of up to 400,000 vehicles per year.

Subsequently, the plant’s construction will begin in summer 2022, and the production will start by 2024.

At present, the automaker has an assembly plant in Normal, Illinois. It also targets to open a plant in Europe by the end of 2023.

Last December 03, the United Kingdom offered Rivian more than $1.32 billion to construct a facility in Somerset.

Analysts have set a high bar for the company as they believe that the startup can challenge the leading EV maker Tesla.

Furthermore, Rivian currently stands with a market capitalization of 92.85 billion.