Shinhan Bank and LG CNS designed a virtual CBDC model. The Bank of Korea issues a CBDC. Meanwhile, other banking institutions such as Shinhan Bank act as financial intermediaries. The bank stressed that CBDC intermediaries would be an integral part of a digital won ecosystem.

The system was built in a blockchain-based token type to secure transaction stability. Besides, this platform divides the issuance form of CBDC into general funds exchanged from the balance of KRW held by individuals and emergency support funds issued by the government and local governments for specific purposes and separates the ledger for each fund.

The report did not specify which blockchain network is used. Moreover, Shinhan Bank and LG CNS did not immediately reply to a request for comment. 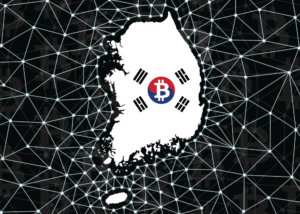 Shinhan Bank is deepening its involvement in the cryptocurrency and blockchain industry. In January 2021, Shinhan Bank invested in the Korea Digital Asset Trust, a consortium of industry companies that provide digital assets custody.

Moreover, the bank also aided in a $7.5 million funding round for Blocko and backed blockchain-based projects for the loan of shares.

Meanwhile, the Bank of Korea has been making good progress with its CBDC. After beginning testing digital won in April 2020, South Korea’s central bank issued a lengthy report in February. Critical legal issues with digital currencies must go to move forward.

An official from Shinhan Bank said that as the importance of CBDC has increased, they plan to respond to the situation in the country and abroad actively. They will continue to make various attempts. They will try to expand the established platform and applying it to the bank’s internal system.