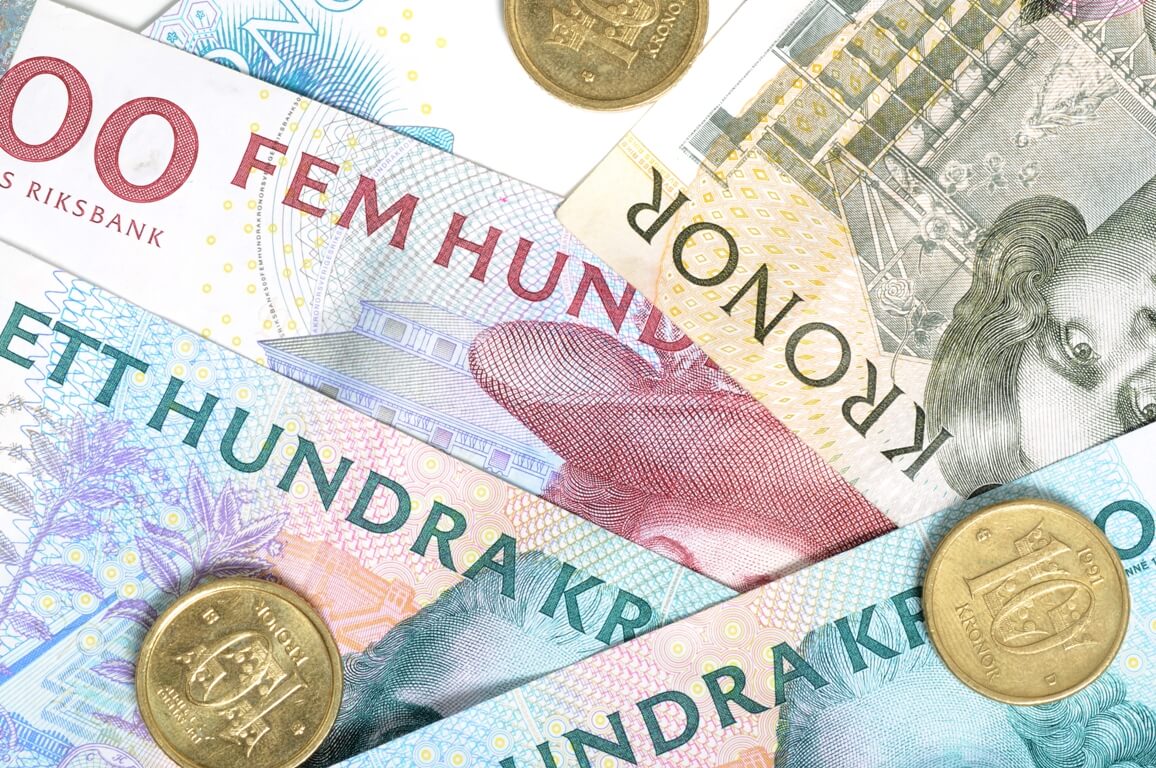 The Swedish crown plummeted due to the Riksbank’s dovish stance on Thursday. Meanwhile, other currencies changed slightly as traders awaited key data on U.S. inflation for new clues on the U.S. Federal Reserve’s policy-tightening plans.

It seems investors lost appetite for riskier assets this year. That’s mostly because they expect the Federal Reserve to begin tightening monetary policy. The agency may start the process with a rate hike at its March meeting. On Wednesday, strong earnings supported global stocks, sending them in the green. However, today, the shares struggled to maintain this momentum during the Asian and early European sessions.

Moreover, Sweden’s central bank decided to take a dovish stance. It kept its monetary policy plans broadly unchanged and stressed its view that soaring inflation is temporary. Consequently, the Swedish crown tumbled down today. The U.S. dollar surged by 0.9% against the krona, hitting a one-week high. The common currency also climbed up by 0.9% versus the krona. It traded at 10.509, reaching a 10-day high at last.

Ima Sammani, the FX market analyst at Monex Europe, noted that even the ECB was obliged to take a more serious stance on inflation. Thus, the fact that the Riksbank didn’t join other central banks in this view leaves its currency quite vulnerable to higher inflation expectations. She added that the Swedish crown could very well continue declining. Sammani thinks that policy divergence between more hawkish Norway and Sweden could boost the NOK/SEK pair.

How did the Euro fare on Thursday?

On Thursday, the euro-dollar pair gained 0.1% on the day, trading at $1.1432. Last week, the European Central Bank surprised traders by appearing more concerned about inflation, as well as more willing to tighten monetary policy. The bank’s comments prompted the Euro to jump to a three-week high of $1.1483.

Despite the Euro’s gains, overall, the dollar index changed significantly at 95.543. After large swings in the previous two weeks, the greenback remained on track for a minimal weekly change thus far this week.

On the other hand, the Japanese yen plunged to a one-month low against the dollar. The Bank of Japan announced that it would intervene in markets, offering to buy an unlimited amount of 10-year Japanese government bonds at 0.25%. However, the yen showed little reaction to that statement.

Forex markets focused on U.S. inflation data, which is due later today. Investors expect the headline consumer price index to show a more than 7% increase in January, year-on-year. That level would be reminiscent of the inflation shocks of the 1970s and 1980s.

Commerzbank FX and EM analyst Antje Praefcke noted that the higher the current inflation rates will likely prompt the stronger perception amongst traders about the Federal Reserve’s plans. In such a case, the market players will consider that the agency may act even faster, more decisively, and for a prolonged time than they currently expect. Such a turn of events will boost the greenback, as well.

Investors are now pricing in a 70.5% chance of the Federal Reserve raising rates by 25 basis points at its March meeting, with a 29.5% chance of a 50-bps hike.

What about the Australian dollar and other Asian currencies?

The Australian dollar edged up by 0.3% at $0.72025 on Thursday. The New Zealand dollar also exchanged hands a touch higher. Furthermore, EM currencies remained steady to positive against the U.S. dollar. Russia’s rouble surged forward by 0.3%. The rouble has gained for nine out of the last eleven sessions, skyrocketing by almost 8% since its late January trough.

Shuttle diplomacy continues as the West is trying to dissuade Moscow from invading Ukraine. Moreover, the European Central Bank began preparing banks for a possible Russian-sponsored cyber attack. Still, the Russian currencies remain strong. The country’s central bank’s meeting is due on Friday.

On Thursday, the Chinese yuan and the Turkish lira changed slightly, while South Africa’s rand jumped by 0.3% ahead of President Cyril Ramaphosa’s state of the nation address. Citigroup strategists noted that traders await commentary on basic income support and jobs.

Meanwhile, the Polish zloty gained against the Euro thanks to the hawkish central bank comments, while Hungary’s forint skyrocketed to four-month highs. The Indian rupee tumbled down by 0.3% after the central bank’s decision. It surprised investors by leaving its key deposit rate unchanged. Some economists predicted that the bank would announce a hike.