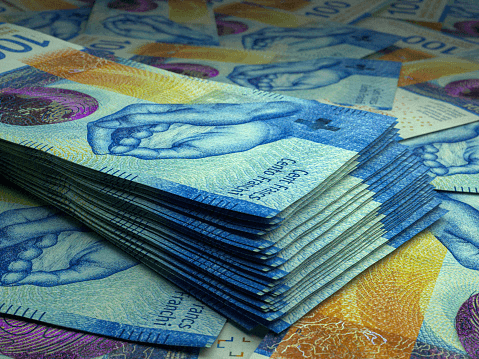 The SNB joined other central banks in tightening monetary policy in its first rate hike in 15 years, increasing its policy rate to -0.25% from the -0.75% it has deployed since 2015.

The move put the Swiss franc on pace for its most significant daily jump against the euro since the SNB ditched its currency peg in 2015, with the common currency tumbling 1.9% to 1.019 francs, a 2-month low.

Against a basket of currencies, the dollar slipped 1.1% to a 3-day low of 103.66, a day after the Federal Reserve delivered its most significant rate hike in decades. Still, it then tempered its outlook by telling investors that such sharp moves higher were unlikely to become familiar. The index remains close to the 2-decade high of 105.79 touched on Wednesday.

The dollar was 1.3% lower against the yen ahead of the Bank of Japan’s two-day policy meeting on Friday.

Bank of Japan is one of the rare major developed world central banks yet to flag higher rates in a tightening cycle that started late last year. Still, the yen’s drop to multi-decade lows has given weight to the idea the central bank could give in to global market forces, opening up a slim chance for a near-term tweak in its policy.

Traders were also closely watching several ECB speakers after the central bank promised to control borrowing costs for countries on the euro zone’s periphery after an emergency meeting on Wednesday.

In cryptocurrencies, bitcoin was down 2.94% to $20,993.36, a day after slipping to an 18-month low of $20,076.05, amid a deepening market meltdown sparked by crypto lender Celsius this week freezing customer withdrawals.