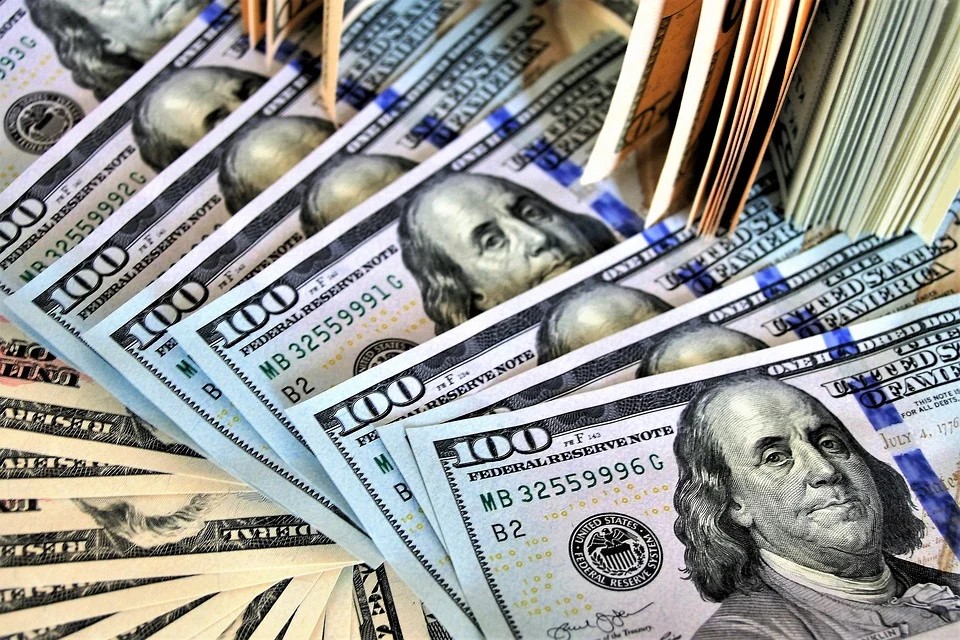 The dollar weakened Wednesday ahead of Fed’s meeting

The dollar index declined further from its 20-year highs on Wednesday. The forex market had already priced the U.S. Federal Reserve to raise interest rates by a half-point later in the day, as well as by some 250 basis points (bps) by year-end. Investors have settled in to wait for the agency’s 1800 GMT announcement, along with Chairman Jerome Powell’s news conference. They have endured some turbulence in recent weeks, with the greenback jumping to 20-year highs versus a basket of currencies.

Traders are betting the Federal Reserve will raise rates as high as 3.6% by the end of 2023 to hinder inflation which is at 40-year highs. Having kicked off its hiking cycle in March, the agency is seen delivering a 50 bps move on Wednesday, with two more half-point increases priced for the next two meetings. The Fed may also announce when it will begin reducing its $9 trillion balance sheet.

ING Bank strategist Francesco Pesole announced that a major correction in the greenback would happen only if the Federal Reserve pushes back against hawkish market pricing. Until the agency does that, there is a degree of freedom for forex markets to reprice the terminal rate to 4%. Pesole also added that traders are in a situation where if they let go of dollar positions, there is no better alternative to put their money. He mentioned the effect of the Russia-Ukraine war on Europe, as well as the economic slowdown in China.

How is the Euro faring after hitting record lows recently?

Other currencies struggled due to the dollar’s strength on Wednesday. The Euro had plunged to two-decade lows around $1.0469 last week, but it stood at $1.0525 on Wednesday. Gergely Majoros, a member of the investment committee at Carmignac, stated that the fundamentals, the risk-off mood, the growth outlook, and the interest rate difference all tend to favor the greenback. A lot of factors point to a stronger USD and weaker EUR. Thus, the committee has increased dollar positioning in its global portfolio.

However, ING’s Pesole dismissed these moves. He thinks that if the Federal Reserve provides an indication, it will aggressively front-load the tightening cycle while the back end of the Treasury curve comes off a bit. That would be the indication that markets are starting to price the agency getting ahead of the curve on inflation.

In Asia, the Australian dollar soared by 0.4%, bolstered thanks by Tuesday’s bigger-than-expected interest rate hike. On Wednesday, other Asian currencies also soared in thin trading amidst caution ahead of the outcome of a U.S. central bank meeting later in the day.

The greenback plummeted against a basket of currencies in Asia ahead of the Fed’s decision. In addition, holidays in China, Japan, Malaysia, Thailand, and Indonesia curbed trading activity. The won climbed up by 0.1%, while the Philippine Peso also gained marginally. On the other hand, both the Indian rupee and the Singapore dollar remained flat.

Overall, the gains were capped by soaring oil prices as the European Union (EU) proposed a phased embargo on Russian oil, along with banning Russian broadcasters from European airwaves and sanctioning Russia’s top bank.

Stock markets in the region were directionless ahead of the Federal Reserve’s announcement. Despite that, equities in the Philippines staged a reversal and closed 1.2% higher. Stocks in India and Singapore tumbled down by 1.2% and 0.1%, respectively.

Strength in consumer-focused and utility stocks boosted the benchmark Philippine index higher, with traders awaiting the country’s inflation data on Thursday. Investors expect inflation to come in at 4.6% in April, within the central bank’s estimate range of 4.2% to 5%.

Nicholas Mapa, the senior economist for the Philippines at ING, noted that the Bangko Sentral ng Pilipinas (BSP) Governor has remained steadfast in his guidance to keep rates unchanged to support the economic recovery. However, he has recently signaled he would be open to raising by June to hinder inflation.