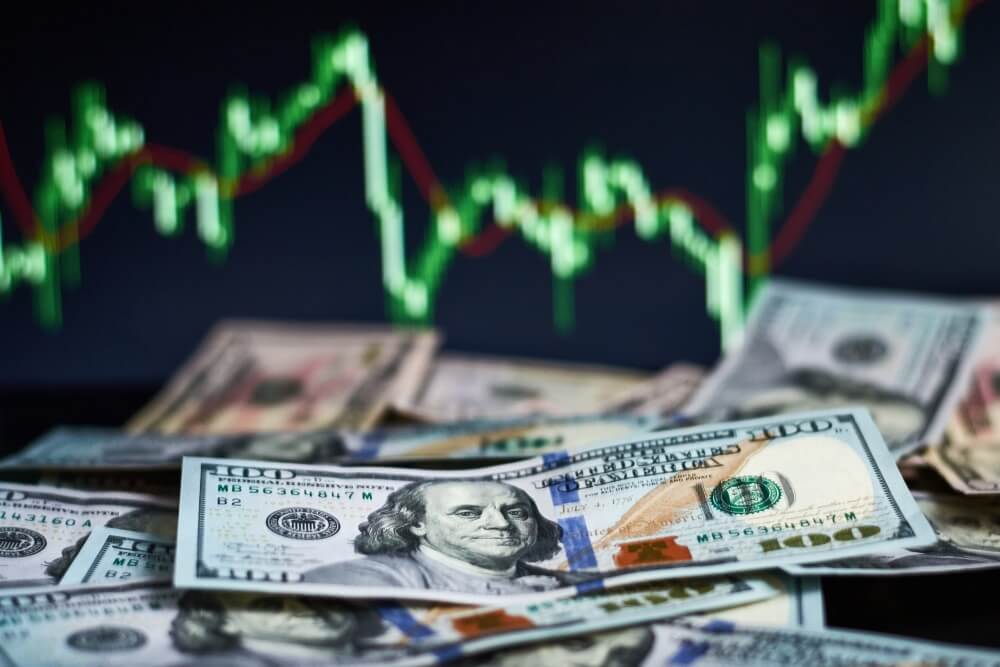 The U.S. dollar gained modestly on Monday while the Euro fell

The U.S. dollar regained some of its losses on Monday after tumbling down on Friday due to last week’s poor U.S. jobs report. U.S. Treasury yields firmed today, boosting the currency. As a result, the dollar index climbed up by 0.1% to 92.23 against the other major currencies. On Friday, the index plummeted down to 91.941 for the first time since August 4. The closely watched U.S. labor data showed that the largest economy worldwide created the fewest jobs in the last seven months in August.

Despite the bad news, thus far, the forex market avoided a new wave of dollar selling. On Monday, the U.S. currency spent the Asian session rising higher against its rivals. Consequently, some major currencies, including the Australian dollar and the Euro, returned to pre-Friday jobs report levels.

Meanwhile, benchmark 10-year U.S. Treasury yields strengthened on Monday, skyrocketing to more than one-week highs. They also boosted the greenback in the process. U.S. markets are shut for a holiday, and trade is currently greatly subdued.

Most analysts remain bearish on the outlook for the dollar. Citibank strategists forecasted that the U.S. currency would weaken in the coming months, especially with the Fed planning to postpone tapering plans to November.

Hedge funds have bolstered bullish bets. According to the latest data, they have significantly increased bets on the greenback versus the common currency for a second consecutive week, driving net bets to their highest since March 2020.

The dollar gained the most against the Aussie. Why’s that?

The Australian dollar tumbled down by 0.17% to $0.7435 on Monday. Investors are waiting for a central bank decision on Tuesday. Analysts argue about whether the Reserve Bank of Australia will end its stimulus aid or continue distributing it for some time. As the expert’s opinions vary, traders prefer to remain cautious and bet on safer dollars.

According to National Australia Bank, it’s plausible for the central bank to reduce asset purchases again. But NAB analyst Tapas Strickland noted that the optics of tapering amid protracted lockdowns and restrictions mean it is likely to be a close decision.

Meanwhile, the Euro lost most of its gains on Monday after surging above the $1.19 levels last week for the first time since July. The common currency exchanged hands lower by 0.1% at $1.1873. Investors are waiting for a European Central Bank policy decision, which is due on Thursday.

Most economists believe it is still too early for the ECB to call a halt on emergency stimulus. However, the bank may agree to slow the pace of its bond buys, especially after the eurozone inflation jumped by 3% to a 10-year high last week.

How did the emerging market’s currencies fare?

Chinese stocks rallied on Monday, pushing an index of emerging market shares to six-week highs. The weak dollar also enabled emerging currencies to climb up during today’s session. MSCI’s Asia-heavy gauge of EM shares surged forward by 0.6% as Chinese blue-chip stocks jumped by almost 2%. The country wants to set up a new stock exchange in Beijing. This news raised investors’ hopes to have support to establish technologically innovative enterprises.

The sentiment was downright positive on the market. Besides, weak U.S. jobs growth numbers increased risk appetite as traders assumed that the Federal Reserve might not rush to taper stimulus. At the same time, Indian stocks skyrocketed to record highs on Monday.

Jeffrey Halley, the senior market analyst of Asia Pacific, OANDA, stated that Friday’s U.S. employment data significantly lowered the risks of a Fed taper this year. Such a situation is playing out well in Asian equity markets this morning. He also added that heightened expectations of the stimulus also keep sentiment buoyed.

What about the Thai baht?

Thailand’s baht gained against a weaker greenback on Monday. The country’s prime minister managed to survive a confidence vote in parliament. As a result, the baht surged forward by as much as 0.9%, with traders gaining confidence. Overall, the currency has lost more than 8% this year. It remains among the worst-performing currencies in Southeast Asia.

On Saturday, Prime Minister Prayuth Chan-o-cha and five cabinet ministers survived a vote of no confidence in parliament, even though activists are planning more protests against the government.

Poon Panichpibool, the markets strategist at Krung Thai Bank, noted that the market might think that there will be less discontinuity in policies because PM Prayut managed to maintain his power.

As a result, the market views this as positive news, and THB is rallying. However, according to Panichpibool, investors should view the victory as negative since the government failed to cope with the coronavirus outbreak effectively. The result may be dire in the long term for the Thai economy.

On Monday, South Africa’s rand edged up from the one-month lows, soaring by 0.4%. Meanwhile, Turkey’s lira surged forward by 0.6% after plummeting down on Friday as a jump in inflation above the benchmark interest rate to 19.25% left traders contemplating the bank’s move later this month.