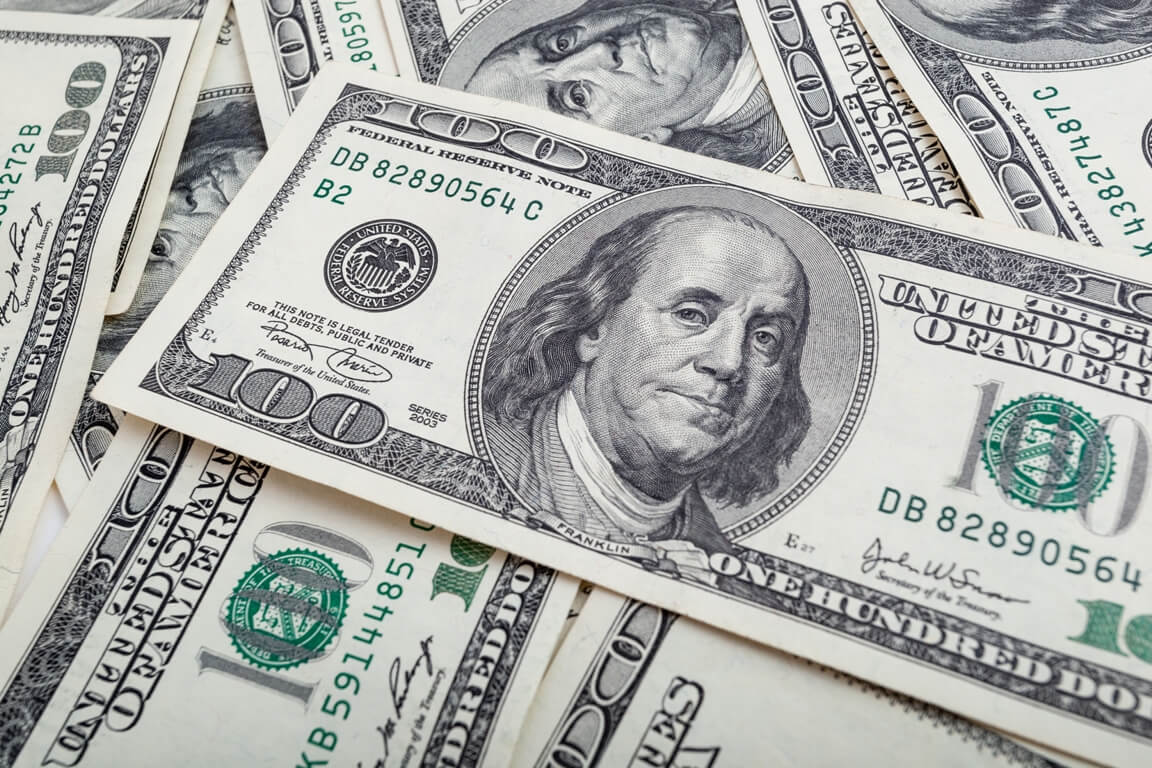 U.S. dollar declined ahead of Powell’s speech on Tuesday

The U.S. dollar tumbled down on Tuesday. However, it stuck within recent ranges as traders waited for Fed Chair Jerome Powell to speak at a congressional hearing later today. Meanwhile, European shares rallied in early trading, following a late-session rebound for Wall Street, while U.S. Treasury yields climbed up a touch higher. The euro changed slightly during the last session.

Market players hope that Powell will give clues about the timing of monetary policy tightening. He will answer questions from the Senate Banking Committee. Powell seeks a second four-year term as head of the Fed. According to the pre-released comments, he may tell Congress that the central bank will prevent higher inflation from becoming entrenched.

On Tuesday, the U.S. dollar index declined by approximately 0.1% on the day, trading at 95.817. It is well below the 16-month highs it reached at the end of November due to increasing hawkishness from Fed policymakers.

ING FX analysts expect any greenback declines to be short-lived, especially considering that the imminent Federal Reserve tightening story continues to provide a very positive undercurrent for the currency. Besides, an acknowledgment that the country needs faster rate hikes might be enough to offer more support to the U.S. dollar today. Starting March, some of Wall Street’s biggest banks already expect four U.S. interest rate hikes in 2022.

How did the Euro and Swiss franc fare?

The EUR/USD pair was stuck within recent ranges, exchanging hands around $1.1346. However, the common currency skyrocketed to a seven-week high against the Swiss franc, with the pair trading around 1.0497.

Last week, there was a surge in sight deposits held by the Swiss National Bank. Some traders think that may be a sign that the central bank is intervening to limit its currency’s strength. ING wrote that outflows from the CHF may continue on Tuesday if Powell makes hawkish comments and UST yields soar again. The latter would assist a more decisive break above 1.0500 in the EUR/CHF pair.

Moreover, the Swiss franc is acting as a safe-haven currency to hedge political risk from Italy, added ING analysts. The Italian government bond yields jumped as traders worried about the country’s political stability. The Italian Parliament will convene this month to choose a new president. Thus far, Premier Mario Draghi is one of the leading candidates.

Against the Japanese yen, the U.S. dollar surged forward by approximately 0.1%, trading at 115.280 on Tuesday. A quarterly survey showed that investors expect Japanese households’ inflation to rise to a two-year high. It seems the rising cost of living is starting to change market perceptions about future price moves.

On Tuesday, the sterling hit a two-month high versus the greenback at $1.362. The Australian dollar also climbed up by 0.2% in Asia at $0.71825. The new data showed retail sales surpassed analysts’ forecasts for a second month running in November, boosting the currency.

Australia managed to contain the Covid-19 for most of the pandemic successfully. However, the rapid spread of the Omicron variant has swamped the country recently, with infections near record levels.

In the United States, coronavirus hospitalizations hit a record high on Monday, as well. Health systems strain in several states due to a surge in infections caused by the highly contagious Omicron. Meanwhile, traders are waiting for the U.S. consumer inflation data for December, due on Wednesday.

On Tuesday, the Emerging market currencies firmed considerably. The Russian rouble soared for a fourth consecutive session as the country’s government held talks with the West. However, developing world stocks saw limited gains due to Omicron’s worries hitting China shares.

Overall, the rouble jumped by 0.4% against the U.S. dollar, with oil prices supporting the currency. On Monday, talks between Washington and Moscow yielded no breakthroughs. Both sides remained far apart in their differences about Ukraine.

Kiti Pantskhava, the deputy head of research at BCS Global Markets, stated that a good outcome would be no escalation. He also added that if we could come out of these negotiations with more negotiations coming, that would be his base case scenario. While that would not improve sentiment towards Russian risk, it would at least not make it worse.

During today’s session, the Turkish lira plummeted down by 1.6%. According to the data, the Turkish current account surplus reversed to a more-than-expected deficit of $2.681 billion in November, causing the lira’s decline.