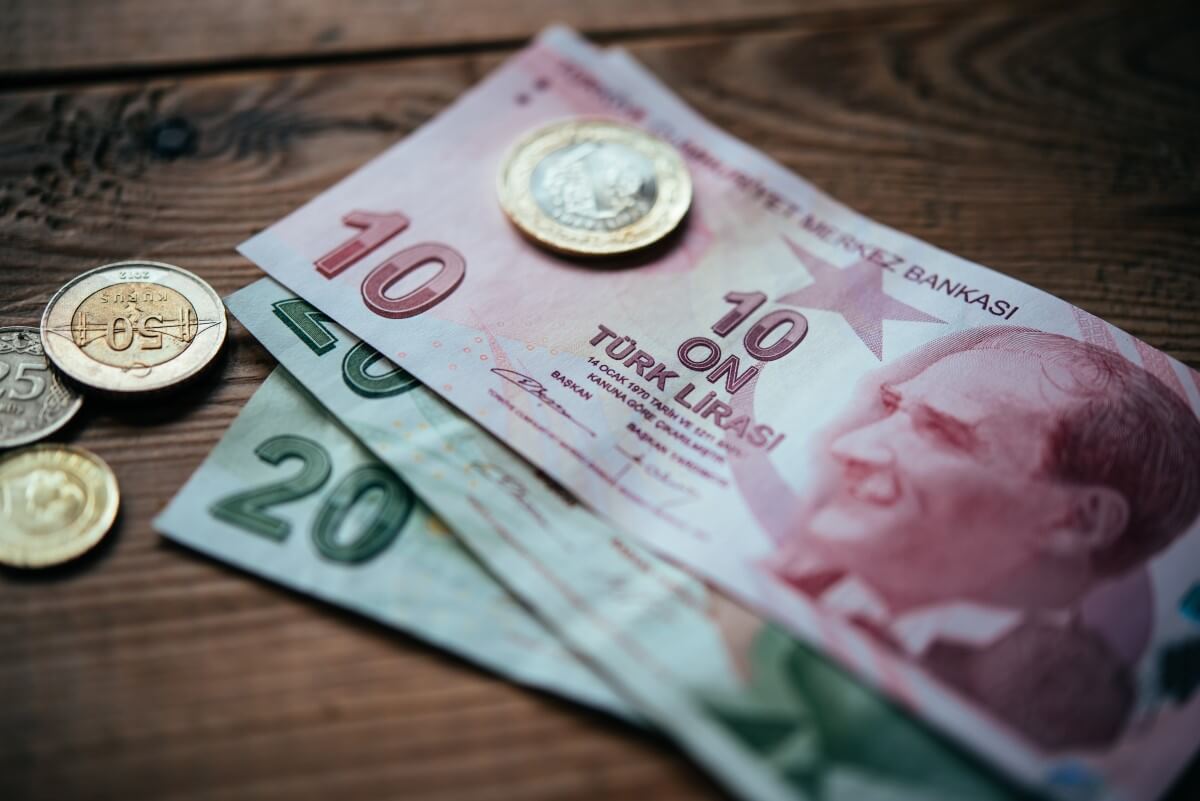 Home > Forex news > U.S. dollar fell along with British Pound. What about Lira?

U.S. dollar fell along with British Pound. What about Lira?

The U.S. dollar declined slightly on Tuesday as the market appetite improved for risk assets and currencies. The greenback extended its overnight losses after Democratic spending plans had taken a blow in Washington. However, overall moves were muted in the forex market with soaring cases of the Omicron variant of the new Covid-19. The latter has already caused some countries to reimpose restrictions. Traders are trying to avoid moving too aggressively because of the uncertainty which comes with the surging infections.

On Tuesday, the dollar index plummeted down to as low as 96.450 against six major peers after losing 0.12% overnight. On the other hand, the euro climbed higher, exchanging hands at $1.1282 today. The safe-haven Japanese yen also tumbled down to 113.7 per dollar.

Despite these decreases, the dollar remains strong in terms of the bigger picture. It skyrocketed to an almost 16-month high at 96.914 last week. The U.S. Federal Reserve announced that there could be as many as three interest rate increases during the following year, prompting the greenback’s rally. However, on Monday, U.S. Senator Joe Manchin, a moderate Democrat, declared that he would not support a $1.75 trillion domestic investment bill. Considering that he is key to President Joe Biden’s hopes of passing this package, that statement sent the dollar in the red on Monday.

Kyle Rodda, an analyst at IG markets, noted that the greenback pulled back on the breakdown of the bill, which is also called Build Back Better. According to the analyst, less stimulus means weaker growth. Add to that the rates plunging at the short-end, and these reasons were enough to push the dollar slightly lower.

The Sterling lowered slightly at $1.3213 today. British Prime Minister Boris Johnson announced on Monday that he would tighten Covid-19 restrictions to hinder the spread of the Omicron variant in the country if needed.

On Monday, two-year U.S. Treasury yields hit 0.5870%, dropping to their lowest since December 3. That has also caused the yield curve to steepen. Moreover, two-year notes yielded 0.6317% at last, while yields on benchmark 10-year Treasuries remained steady at 1.4242%.

Omicron infections are multiplying rapidly across Europe, as well as the United States. The cases are doubling every two or three days in London and elsewhere. Such surge has already caused a sharp sell-off in share markets on Monday.

Meanwhile, the Australian dollar regained some of the recent losses. It was steady at $0.7112 at last. The New Zealand dollar also managed to stabilize at $0.6717 on Tuesday, trading just above its 13-month low. The country decided to delay the planned reopening of its international border due to coronavirus concerns.

On Tuesday, the lira became subdued after enduring a volatile session the day before. The currency first plunged as much as 10% on Monday before ending the session higher by more than 20%. President Tayyip Erdogan introduced a series of steps. According to him, they would ease the burden of the weakened currency on Turks. This news caused the lira’s rally. However, Erdogan also promised to continue a low-interest rate policy that led to the currency’s decline in the first place.

Most Asian EM currencies and equities traded in the bullish territory on Tuesday. The Indian rupee and Malaysian ringgit gained the most during the session. Despite that, markets remained under pressure due to the overarching effects of the Omicron.

Today, the Indian rupee surged forward by 0.4%, skyrocketing to a one-week high. The Indonesian rupiah and Malaysian ringgit also rallied by about 0.4% each, and the Philippine peso added 0.2%.

On the other hand, South Korea’s won continued trading at a three-week low of 1,190.9. Moreover, the Philippine peso tumbled down by 0.2%, while the Thai baht plunged to a two-week low. Investors were concerned due to surging Omicron cases and how the virus would damage the prospects of the tourism-reliant economy.

Analysts at Mizuho Bank stated that depreciation pressures on the Thai baht continue as new disruptions to regional and domestic tourism from the rising Covid infections weigh on economic recovery prospects.

Economists expect the Bank of Thailand (BoT) to hold interest rates at a record low on tomorrow’s meeting to bolster an economy still struggling with the fallout of the pandemic.