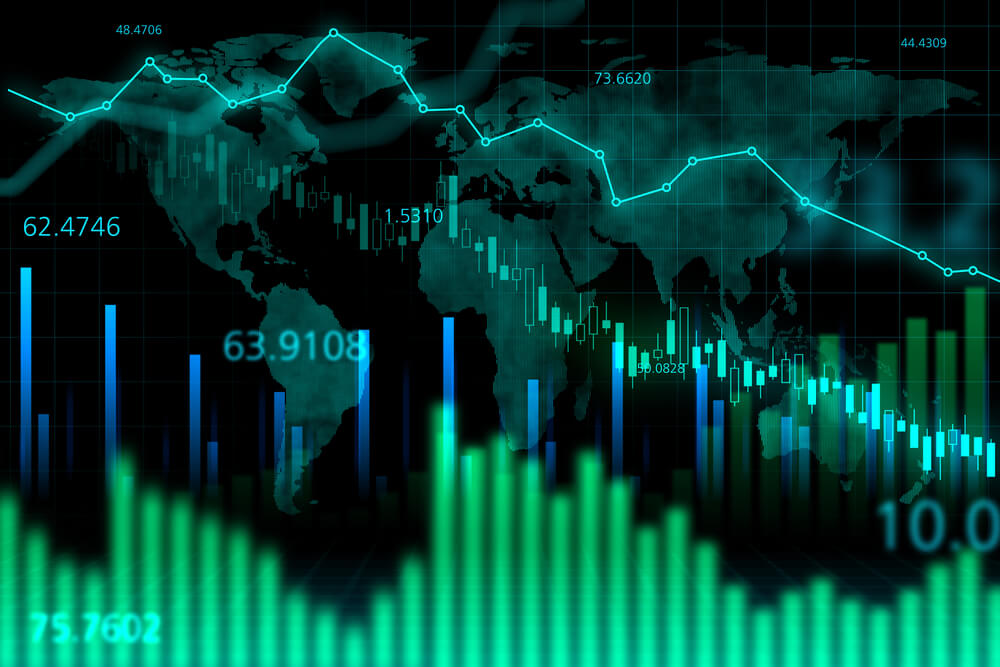 The U.S. dollar traded near three-week highs on Friday. Better-than-expected U.S. retail sales numbers boosted the currency as traders bet on the strength of the U.S. economy and earlier monetary policy tightening.

In the United States, retail sales unexpectedly increased in August, soaring by 0.7% from the previous month. As a result, analysts’ expectations of a 0.8% fall proved wrong. In addition, the Philadelphia Fed published a new business sentiment survey, which also showed a significant improvement.

Thanks to these figures, investors became more optimistic about the U.S. economy’s recovery. The more bullish mood faces another report which is due later on Friday. University of Michigan’s consumer sentiment index surprised many traders last month by plunging to a decade-low due to higher inflation and smaller income gains. Market players are now waiting for the new numbers to see if there are any significant changes.

The dollar index traded at 92.799, declining slightly on the session. Despite that, it was still near Thursday’s three-week high of 92.965.

The euro also managed to move into positive territory. However, it remained close to a three-week low, trading at $1.1783. The British pound added 0.1% at $1.38.

FX markets were broadly subdued on Friday. Traders were reluctant to put on new big positions ahead of a few important central bank meetings scheduled next week, including the Fed, the Bank of England, and the Bank of Japan.

ING analysts noted that despite the many investors thinking that equities are due a correction and the ongoing China Evergrande saga, thus far, risk sentiment remains surprisingly supported. Market players should expect another quiet Forex trading session before a busy week of central bank meetings.

How Did the Safe-Have Swiss Franc Fare?

The Swiss franc has tumbled down to a five-month low against the U.S. dollar of 0.9280 francs recently. Today, it remained mostly steady, though.

Meanwhile, the greenback surged forward to 109.84 Japanese yen after soaring by 0.34% on Thursday. It managed to rise from Wednesday’s six-week low of 109.11.

So far, the Japanese currency has shown only a subdued reaction to the ruling Liberal Democratic Party’s leadership race, which will formally begin on Friday ahead of a September 29 vote. However, the LDP’s parliamentary dominance suggests the party’s new leader will become prime minister. Such change could have more influence on the yen’s course in the future.

Hiromichi Shirakawa, the vice chairman and chief economist for Credit Suisse in Japan stated that the major macro players worldwide are not expecting big policy shifts. A lack of moves in the Japanese yen confirms that.

On the other hand, the Chinese yuan edged up slightly. On Friday, it gained 0.1% after Thursday’s 0.4% drop. The offshore yuan changed hands at 6.447 to the greenback. It was pressured by growing concerns about China’s real estate sector. Traders fear that property giant China Evergrande might default on its coupon payment next week.

Despite such concerns, thus far, the yuan managed to remain near its highest level in five years, both in the onshore and offshore markets.

What About the EM Currencies?

On Friday, Thailand’s baht and stocks plummeted due to an announcement that the government would delay the reopening of capital Bangkok to international tourists. That news weighed on sentiment, while a firmer greenback also kept moves in other emerging Asian currencies subdued.

On Friday, South Korea’s won suffered the most in the broader region due to U.S Treasury yields. The dollar strengthened thanks to strong retail sales data. Shares in Malaysia, the Philippines, and China also tumbled down between 0.2% and 0.6%.

On Thursday, Thailand’s tourism minister Phiphat Ratchakitprakarn stated that the country should reopen the city to foreigners in two weeks. Thailand is trying to inoculate a larger proportion of its population to avoid new coronavirus cases. The authorities had planned to allow vaccinated tourists into Bangkok by October 1. However, soaring infection rates prompted them to move the date. As a result, stocks plunged by 0.6% in the country, and the baht declined by 0.4%.

According to analysts at Maybank, a dire outlook for tourism, along with pressure from a strengthening greenback, acts as catalysts for traders to exercise caution towards the baht.

Meanwhile, the won dropped down by 0.5%. It traded at its weakest level since August 20. At the same time, the Malaysian ringgit shaved off some gains.

Maybank analysts noted that the surge in the USD/AxJ (Asia excluding Japan) trading pairs highlights anxiety in the region which still faces a shortage of COVID-19 vaccinations and growth concerns.

Equities in China have decreased by more than 3% this week. This isn’t helping the sentiment, especially after a raft of weaker-than-expected data indicated that growth in the world’s second-largest economy would slow in the second half of 2021.

On the other hand, Indian shares skyrocketed to record highs on Friday. They were set to post a weekly gain of more than 2%, supported by a jump in banking stocks.