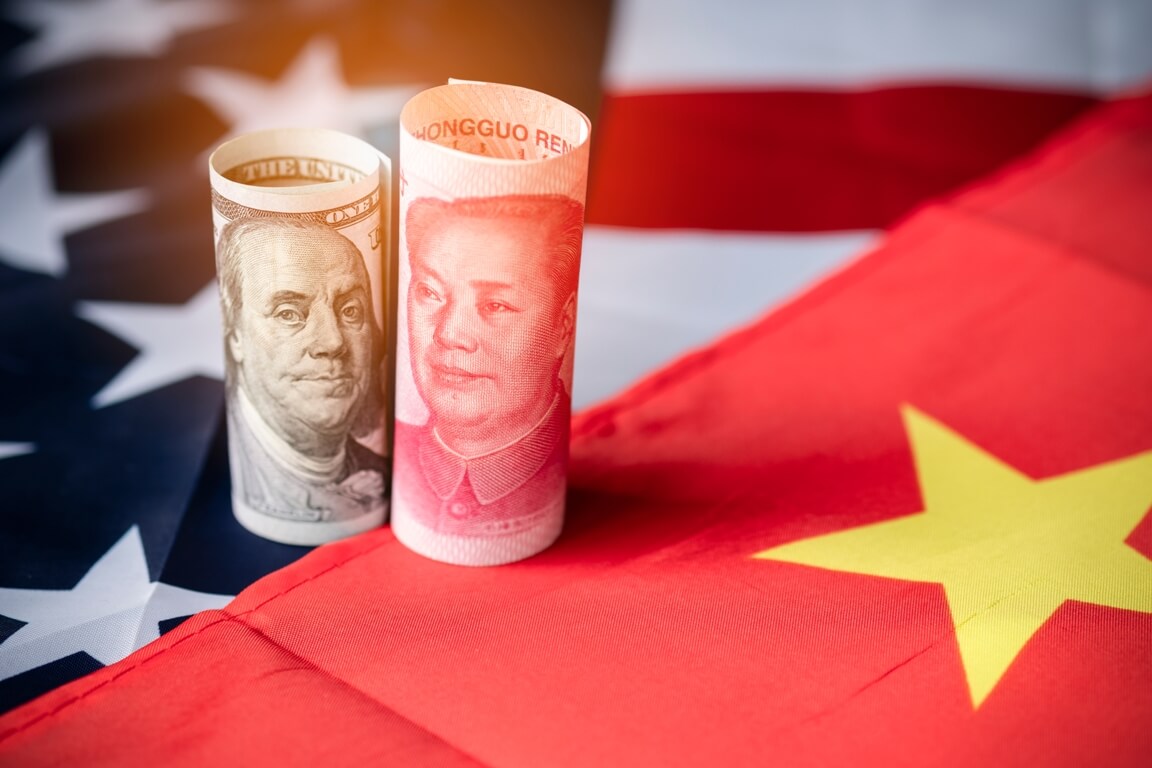 The U.S. dollar tried to stay in the green on Monday as traders were waiting for January’s U.S. Federal Reserve meeting. The market players raised bets that the agency would discuss the year ahead, along with several expected rate hikes. Meanwhile, China decided to cut borrowing costs to support a struggling economy.

The Bank of Japan’s meeting is in progress, and it will conclude on Tuesday. Furthermore, British inflation data is due on Wednesday, while Australian jobs figures will come out on Thursday. They will help investors to gauge the global policy outlook.

An unexpected cut to some key lending rates briefly weighed on the yuan on Monday in China. As a result, the greenback soared by 0.3% at 114.47 yen late in the Asia session. It exchanged hands by about 0.8% above a Friday low. The U.S. dollar also climbed by a fraction versus the euro, reaching $1.1421. The moves followed a surge in yields and the greenback on Friday, underscoring support for the dollar from the hawkish rates outlook. However, momentum for gains has already started to wane.

On Monday, the U.S. dollar index stood at 95.225 against the basket of six major currencies in Asia, after declining sharply last week until Friday’s rally. National Australia Bank’s head of foreign exchange strategy, Ray Attrill, noted that Friday’s move suggests that the interest rate driver for greenback’s strength is not dead and buried. He also added that it might not necessarily return to drive new USD highs, but traders remain on guard. Attrill underlined that the market got a hawkish twist out of every Federal Reserve’s meeting since June last year.

What are the forecasts for the next Fed meeting?

The agency is planning new meetings on Jan. 25-26, but traders don’t expect it to move rates. Still, more and more hawkish comments are coming from within and outside the central bank.

There might be six or seven hikes this year noted J.P. Morgan CEO Jamie Dimon last week. Meanwhile, billionaire hedge fund manager Bill Ackman tweeted over the weekend about the possibility of an initial 50 basis point hike to control inflation.

On Monday, the cash Treasury market closed for a holiday. Despite that, 10-year futures were sold to a two-year low in Asia. At the same time, Fed funds futures tumbled down, reflecting a strengthening conviction in the market of at least four hikes this year.

Other central banks are also debating tightening, with the broad market mood weighing on the greenback. Even the ultra-accommodative Bank of Japan is contemplating how soon to begin telegraphing hike plans.

Inflation data due on Wednesday will likely help extend a month-long rally in the British pound after it stopped near its 200-day moving average last week. The sterling traded at $1.3669 on Monday.

Commonwealth Bank of Australia strategist Joe Capurso noted that currently, interest rate markets are pricing an 80% chance of a 25 bp rate hike by the BoE on 3 February. He added that a quicker pace of inflation might see pricing move closer to 100%.

How is China faring?

China is the outlier thus far. On Monday, growth data confirmed Covid-19 restrictions were dragging on consumption, and the officials also announced a surprise cut to borrowing costs.

The People’s Bank of China decided to lower the interest rate on $110 billion worth of one-year medium-term loans by ten basis points. That move surprised analysts who now reckon that more lowering will come.

Bank of Singapore strategist Moh Siong Sim stated that the market could see more similar moves. Furthermore, they may help stabilize the Chinese economy over time, as well as support the commodity currencies.

The Chinese yuan initially declined slightly as government bonds jumped on the rate cut. However, the currency firmed by about 0.1% to 6.3450 per U.S. dollar later on Monday.

Meanwhile, the Australian and New Zealand dollars remained under pressure. Both currencies plunged sharply on Friday. The Aussie dollar traded around Friday’s low at $0.7200 on Monday, while the kiwi remained around $0.6798.

In EM currency markets, the rupiah and ringgit declined by 0.1% each today, while the won tumbled down by 0.4%. Analysts at Goldman Sachs think that strong forex inflows might continue on the back of an elevated goods trade surplus.