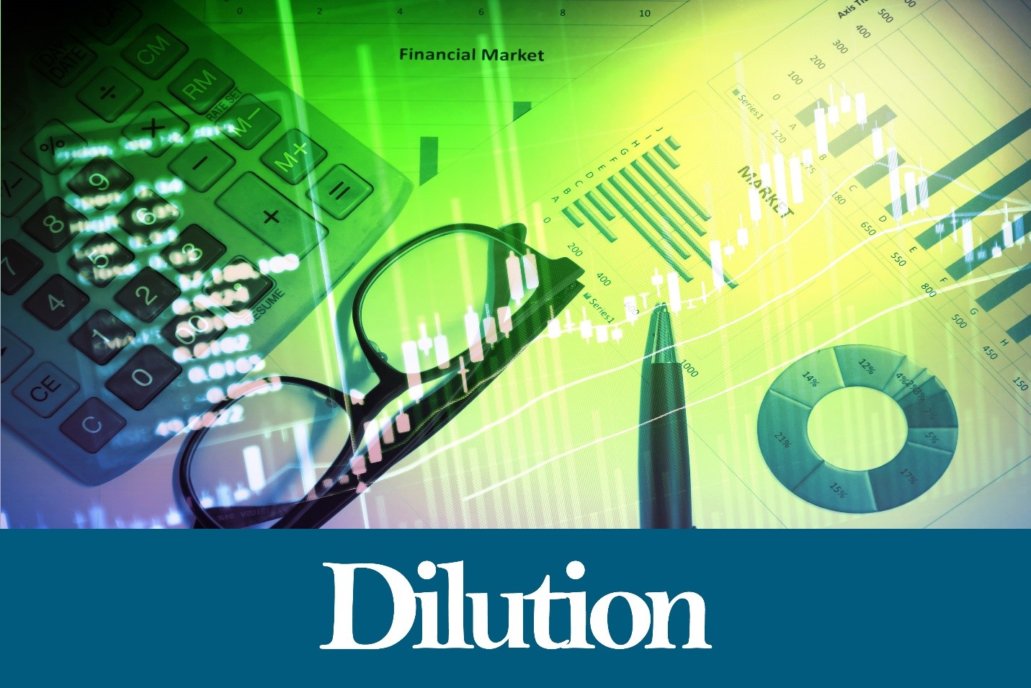 Stock dilution happens when a firm’s action raises the number of outstanding shares and decreases the ownership percentage of existing shareholders. It is relatively common for distressed firms to dilute shares. However, the process has negative implications for a simple reason: a company’s shareholders are its owners.

Notably, a firm first issues stock to the public via an initial public offering (IPO). After that, other issuances are called secondary offerings. Businesses will issue more stock for different reasons. For instance, they might need to raise money to increase their business somehow or maybe to purchase another company. Alternatively, perhaps they’re just running low on essential funds to run the business. To raise the needed funds, they could take on debt or sell some assets or issue more shares of their stock, which investors will purchase.

Dilution can occur in numerous ways. Remarkably, announcements of business actions that dilute shares are usually made during investor calls or in a new prospectus. When it happens, and the numbers of company shares grow, the newer shares are the dilutive stock.

Suppose a firm has a total of 1,000 shares of float on the market, and its management issues another 1,000 shares in a secondary offering. In that case, there are now 2,000 shares outstanding. The holders of the first 1,000 shares would face a 50% dilution factor. That indicates that an owner of 100 shares now holds 5% of the business rather than 10%.

In the simplest example, imagine being at a party with eight other people and knowing that each person will be getting a piece of cake. Thus, you’re expecting a ninth of the pie. However, then three more people arrive, so the pizza is cut into twelve pieces. You still get a slice of cake, but it’s a smaller piece. It’s similar to companies. If a firm has 200 shares and you own 20, you own 10% of the company. But if it issues 100 more shares, then your 20 shares represent 6.67% of the firm.

In 2017, Lamar Advertising made the secondary offering. The company issued more than 6 million shares of common stock, diluting the existing float of 84 m shares. The stock price fell almost 20% after the publication of the offering.

It’s essential to mention that news of a secondary offering is typically not greeted by shareholders because of dilution. However, an offering can inject the company with the capital necessary to restructure, pay down debt, or invest in research and development. Getting capital through a secondary offering can be a longer-term positive for the investor if it becomes more profitable and the stock price increases.

Convertible equity is the same as convertible preferred stock. It converts to common stock on a preferential ratio. For instance, a convertible preferred stock may convert to 10 shares of common stock, thus diluting shareholders’ ownership. The effect on the investor who held common shares before the dilution is the same as a secondary offering. Their percentage of ownership in the business reduces when the new shares come to market.