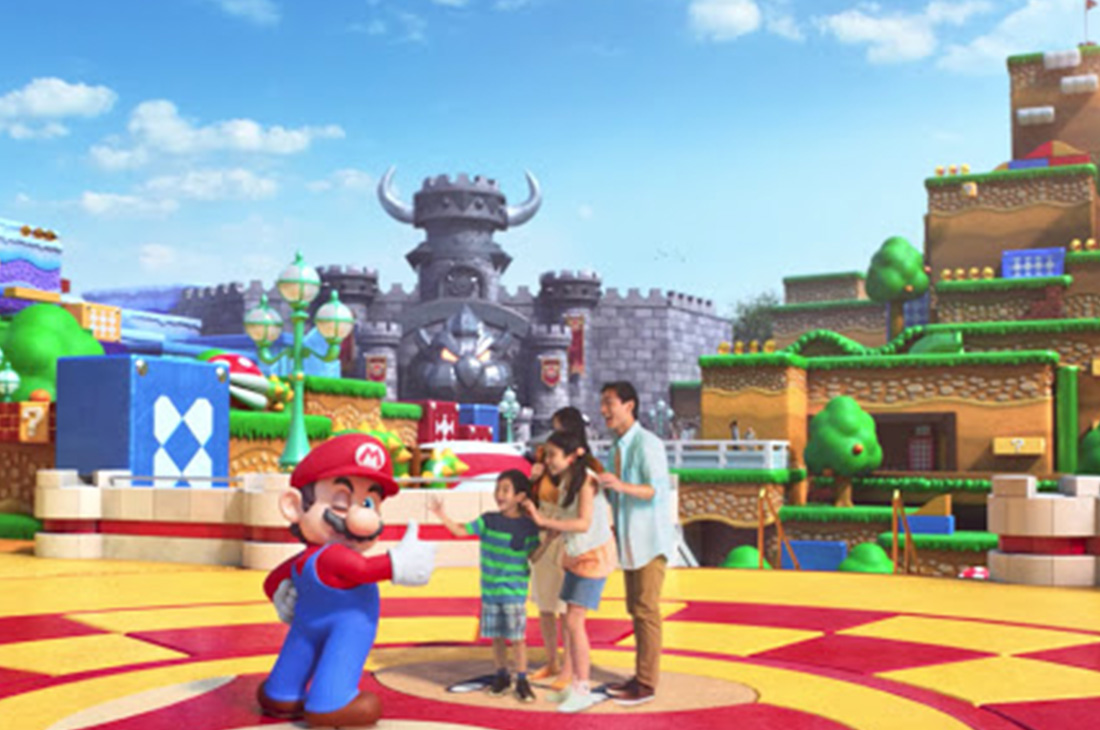 NBCUniversal Media, LLC, is a famous American mass media conglomerate. It owns six Universal Studios theme parks through USJ LLC. One of them, in particular, being Universal Studios, Japan, located in Osaka.

Currently, Universal Studios Japan is building a Super Nintendo World ahead of the 2020 Tokyo Olympics. Offering such entertainments as for example, the Mario-themed “Power Up Bands”, which will offer a real-life video experience.

At the entrance, guests will receive a band and using these, they can collect digital coins and compete against other guests.

Visitors can for instance download the mobile app within the park, and find an in-theme overhead map that will aid them in locating the numerous destinations. It is also possible to earn achievements with a personal profile, which might grant various prizes.

Based on the sources, there might be more of an interactive theme to it, used in rides or games a guest can play in the park.

The initial information regarding the upcoming theme park dates back to 2017 when a video featuring three major Universal figures was published.

Like the Harry Potter and Minion attractions in the park, the Super Nintendo World will similarly have a unique twist.

Theme parks owned by NBCUniversal Media LLC, attract visitors from all over the world. Upcoming Olympic games are an excellent opportunity to earn money as millions of tourists will arrive in Japan.

This attraction will include restaurants as well as retail. As a result, guests can expect in-theme selections like Mario memorabilia.

Moreover, the center focus goes to the Mario Kart experience, according to the vice-chairman of Universal Parks and Resorts Mark Woodbury.

Also, Peach’s castle and Bowser’s castle will become part of the attraction with elements like Piranha Plants and question mark blocks.