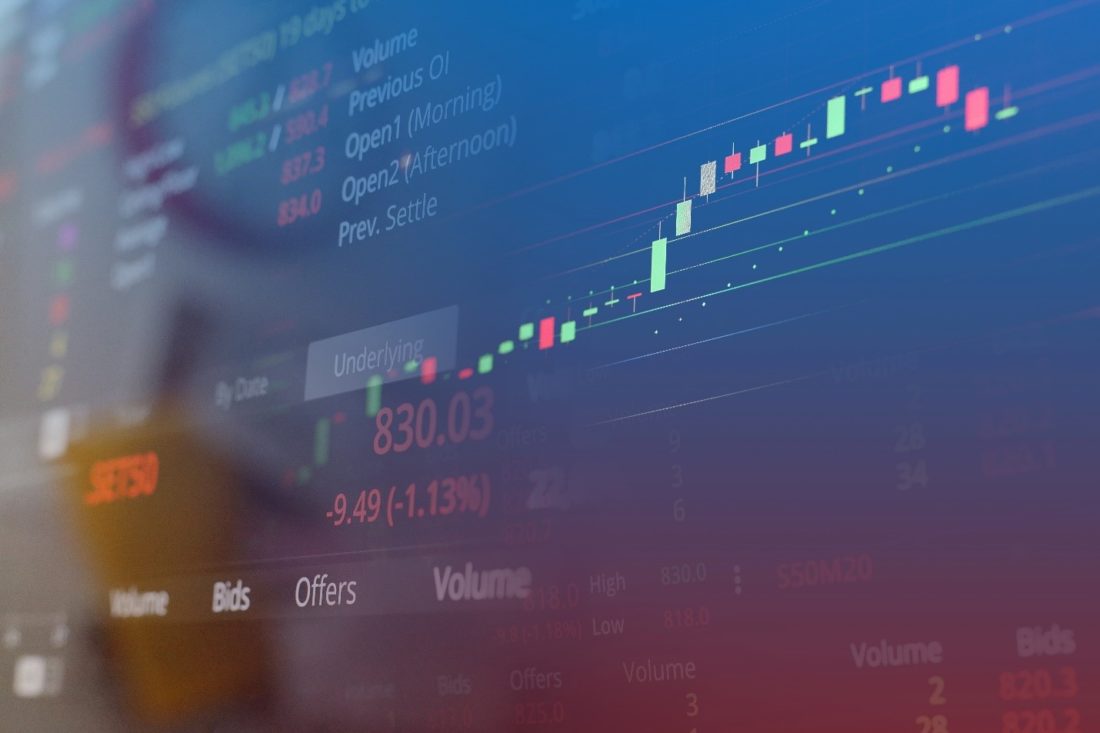 Corrections are normal occurrences in the stock markets. While they are described as a sustained decline in value or price, corrections generally last for a short time.

That is why you’re better off staying invested than selling during a correction. So instead of seeing a correction as a sign to cash out, consider it your chance to invest more in assets at lower prices and reap the rewards once the stock market recovers.

A stock market correction is described as a continuous drop in a market index’s value or an individual stock’s price.

For a decline to be considered a correction, it should hit 10% or higher, but not 20% or further from the recent peak. A slump of 20% or more is usually recognized as a bear market, but most corrections have not turned into bear markets.

Stock market corrections are a regular part of investing and can happen often. While the term can put investors on edge once mentioned on the news, a correction is not as bad as they might think.

A correction does not immediately signal that a bear market or a crash is coming; rather, it’s a sign that the market’s or the asset’s movement is about to reset.

The US stock market often enters a correction when a major economic development or a significant event in society leads investors to stop and rethink the broader world’s current situation.

Such corrections and economic development that followed suit usually result in some trickle-down effect on markets worldwide.

The Typical Span of a Stock Market Correction

Corrections are usually short-lived, lasting from days to a few weeks to a few months. With the S&P 500, a correction can last an average of four months to climb to its previous peak.

Overall, the span of time that a correction can run can vary. Markets or assets generally bounce back and resume their surge once the impact of the major economic or political development that triggered the correction has faded.

That, however, is not always the case. Since November 1974, more than 20 market corrections have occurred, with five becoming bear markets.

A bear market happens when the market or an asset falls more than 20%, and the decline lasts about 14 to 16 months. Simply put, a bear market is a deeper, more prolonged period of weakness in a market’s or asset’s value than a stock market correction.

Moreover, a bear market can occur due to a bigger change in investors’ sentiment.

A correction indicates a reasonable amount of worry about shorter-term events. On the other hand, a bear market represents events with a stronger impact and potentially sticking around for the long term.

Instead of a set of lackluster economic readings, a bear market results from an economic crisis. Should there be more serious underlying issues driving the market, there’s a possibility that a correction would turn into a bear market.

In a correction, investors continue to have a positive outlook on future earnings and the economy, encouraging them to return to the market to buy shares at a discount, which then allows the market to regain its strength.

Conversely, the broader economic outlook has changed in a bear market, making investors less confident. As a result, even after prices have tumbled, they are uncertain whether they should take the risk and put some of their investment dollars into the markets.

Steps to Take During a Correction

Find out the Cause

There are several reasons for a correction. Therefore, it’s important to find out and understand what factor is particularly causing it.

With an individual stock, a correction can be due to long-term unemployment, more loan defaults, disappointing earnings data, or other events that have a major impact on the stock.

If you notice changes that are affecting the broader markets, it may mean that you need to be ready for a prolonged correction or a bear market.

Still, that’s not a sign to start divesting and selling your holdings. It could actually mean the opposite. You might just have to tweak some parts of your financial plan to reduce your odds of selling assets, which could be close to market lows or lock in the losses.

Use a Suitable, Effective Asset Allocation

Acting in anticipation of a market correction is one of the best moves you can make. Create your investment portfolio based on an asset allocation that fits your goals and risk tolerance. That way, you can avoid emotion-driven decisions in such uncertain times.

However, you should stick to your investing strategy. Changing it, especially with an aggressive portfolio, may lead you to lock in losses instead of profits during a correction.

That being said, stock market corrections usually help beginner investors actually understand their risk tolerance. If a correction helped you find out that you need to be more careful with investing, try to wait until the market bounces back before adjusting your portfolio.

Have Enough Cash on Hand

Having enough cash at your disposal is also a key to successful investing, as it helps you weather short- or long-term declines without tapping into your investment money. You may also want to consider setting aside money for times of weakness so you can buy the dip.

If prices are down, figure out how you can benefit from the situation by increasing your investment each month to buy in at reduced costs. In the many years the stock markets have been around, the fact remains that prices always rebound eventually. Therefore, you should avoid cashing out when they slide.

The level of risk you’re willing to take can change over the course of your investing journey. That is why you should perform an annual review of your risk profile and regularly adjust your allocations that are not based on the stock market’s performance.

Remember that it’s important to rebalance your investments and ensure that your risk profile is sound and suitable.